Ahead of arguably the most important season in the history of South African cycling, SuperSport has secured the rights to a number of international tours and classics, many of which will feature our very own Team MTN-Qhubeka p/b Samsung.

The team will be using a number of these events to fine-tune its preparation for its debut – the first by a SA team – in the biggest race of them all, the Tour de France.

These include Paris-Roubaix, the one-day race famous for how tough it is, thanks to its rough terrain, much of it on cobblestones.

This is followed by La Flèche Wallonne, the Belgian cycling classic, which the team is hopeful of competing in.

Team MTN-Qhubeka p/b Samsung will also contest the Tour of California, which will feature on SuperSport, and, a month later, the Criterium du Dauphine, renowned for its massive climbs on a parcours often similar to roads used in the Tour de France.

Team Principal, Douglas Ryders, was delighted that South Africans would be able to watch the team go through its paces ahead of the Tour de France.

“SuperSport does an amazing job in building sports in South Africa and across Africa through the exposure and hours of broadcast they dedicate on their channels. Cycling has benefited significantly which has helped grow the sport across the African continent.”

“More importantly, Team MTN-Qhubeka powered by Samsung is able to connect with its roots and fans in South Africa while the team is racing abroad. The amount of events that SuperSport has acquired rights for in support of the team’s race programme is incredible and has helped motivate our riders to greater achievements knowing that their performances will be seen back home. The Tour de France invitation this year is the biggest motivator of them all.”

Indeed, Brandon Foot, Acting CEO of SuperSport, said that the SA team’s participation had proved integral to the acquisitions.

“Cycling is enjoying unprecedented growth both in South Africa and across the continent. With a number of riders from both SA and the continent on this team, it is an opportunity to showcase our cycling excellence. SuperSport is only too happy to go along for the ride, so to say.”

About MTN-Qhubeka
Team MTN-Qhubeka was founded in 2007, steadily working its way up from a regional team to now being a Continental Pro team with bases in South Africa and Italy. MTN-Qhubeka’s goal is to give talented African riders a path into the pro peloton while raising funds for the Qhubeka charity. 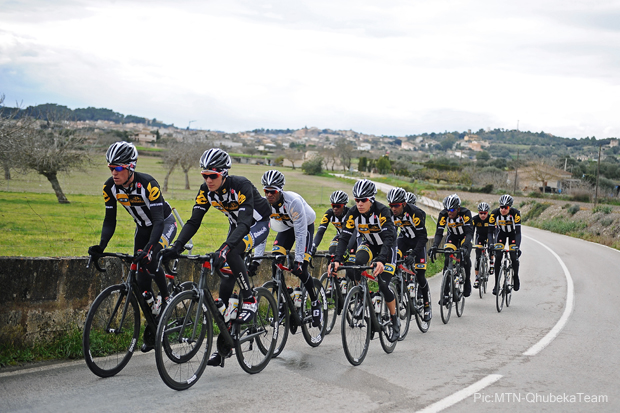