Team Novo Nordisk rider Martijn Verschoor finished in the top 15 in today’s stage 4 of Tour de Korea. Verschoor was blocked in the final and could not sprint full-throttle, thus missing a top ten ranking by only a few inches. “The stage was good, I’m satisfied, I feel better every day – but the entire season I don’t have luck. Especially after this attack today and the sprint – I know I can do better. My shape is still getting better every day.”

As one of the most active riders, Verschoor was part of a 13-man breakaway group on the 156km (97.0m) stage from Yeongju to Chunju, which was gone already after ten kilometers and was trying hard to stay away from the bunch at full speed. “We stayed away till km 120”, Verschoor says. In the end, the peloton consisted of only a few riders that was able to bridge to the group. “The pace was extremely high today; the average speed was 44,7km/h which is a lot given the mountain classification in the middle of the stage that was some 500 meters of altitude.” as the Dutchman describes the stage.

The 28-year-old from Bovensmilde was simply lacking luck in the final sprint as it happened so often to him in the current season. “I was in the perfect position right on the wheel of Kristian Sbaragli, best sprinter from Team MTN Qhubeka who won the first stage already. However we were blocked on the home straight and were able to sprint properly no more than 150m before the finish line.” “Verschoor did a big race”, says TNN sports director in Korea and former Tour de France stage winner, Massimo Podenzana from Italy. 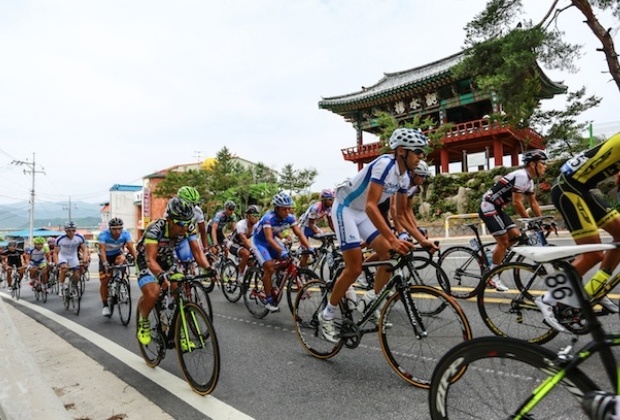