In 2015, Team MTN-Qhubeka p/b Samsung – Africa’s first UCI registered Pro Continental cycling team – rode to raise funds for 5,000 bicycles for Qhubeka, World Bicycle Relief’s programme in South Africa. With the help of their supporters, sponsors and fans around the world they have been able to fund over 4,500 bicycles through the #BicyclesChangeLives. Yesterday, the 2016 team had the opportunity to meet some of the children who received bicycles and to hear firsthand how a bike will change their lives for the better.

The team is currently busy with its 2016 training camp in Cape Town. Amidst discussing strategy, team building and spending time on their bicycles, the team members, management and support staff were afforded the opportunity to attend a Qhubeka distribution in Klapmuts, Stellenbosch.

“The biggest part for me coming to this team was riding for a bigger cause; riding for something,” says former world champion, Mark Cavendish, who has signed with the team for the 2016 season. “When it was explained to me, I could really believe in it.”

“It is always really humbling to go into these communities and see how much joy something as simple as a bicycle gives to these schoolchildren,” says South African rider, Nic Dougall.

“Going to a distribution and seeing the smile on a person’s face when he or she rides a bicycle for the first time makes all the hard days of racing worthwhile,” adds Belgian rider, Serge Pauwels.

The team, which will race as Team Dimension Data in 2016 under its new title sponsor, found out earlier this week that the International Cycling Union (UCI) has granted it a World Tour license for the 2016 season. For the first time, the African continent will have a team represented at the highest level of the sport, which the team hopes will also help to raise awareness of Qhubeka’s work.

“As a World Tour team we believe we will be able to mobilise more people on bicycles through the Qhubeka charity and our #BicyclesChangeLives campaign,” says Doug Ryder, Team Principal.
The team is determined to reach its goal of raising 5,000 bicycles before the end of the 2015 year, and is holding a Make It Count 24-hour ride-a-thon on 28 November during its training camp as part of the #BicyclesChangeLives campaign.

“We’re asking our supporters to join us in cycling as many kilometres as possible and committing to donating towards funding bicycles for #BicyclesChangeLives,” explains Ryder. Fans across the globe can join in by registering at www.bicycleschangelives.org. 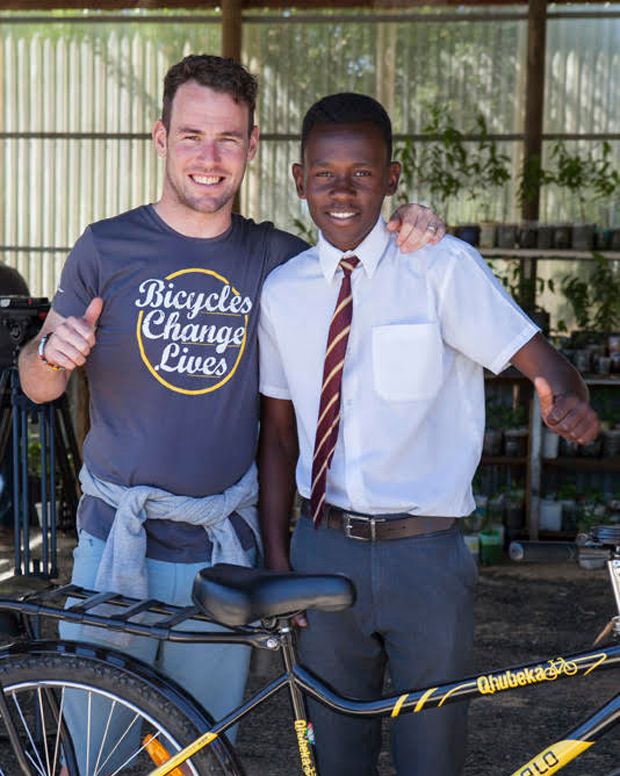