The Settimana Internazionale Coppi e Bartali stage 1b marked the first team time trial for MTN-Qhubeka p/b Samsung of the season and the team just narrowly missed out on the win. After Adrien Niyonshuti’s brave ride in the morning stage the riders were keen to show their stripes once again!

The riders had to cover 13.3 kilometer on a lumpy course in Gatteo. CCC Sprandi were the fastest and clocked a time of 14.49 minutes. Team Sky followed in second, just 1 second down. Team MTN-Qhubeka p/b Samsung’s GC hopes for the race in one of Italy’s most scenic regions rely on Steve Cummings, Jacques Janse van Rensburg, and Louis Meintjes. The trio showed a strong performance and pushed the team to third on the stage. They are now 4 seconds down in the overall.

With two tough stages ahead the team is in a perfect position. New race leader Davide Rebellin and his team CCC Sprandi will try to control the race, but MTN-Qhubeka p/b Samsung has good cards to play and will try to leave its mark.

Alex Sans Vega – Sports Director
It’s always hard to miss out on a stage win, especially when it’s so close. But we have to stay positive. We kept our good positions in the overall with Steve, Jacques, and Louis, which is very good. CCC Sprandi with Davide Rebellin and Team Sky with Kanstantin Siutsou have to control the race and we can look for our chances. Looking at the profile of the upcoming stages I think we’re in a good situation. 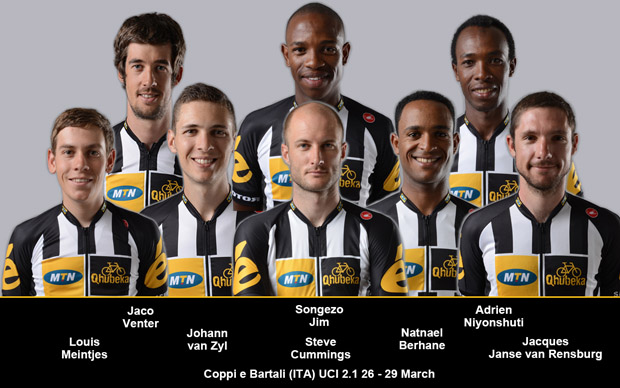 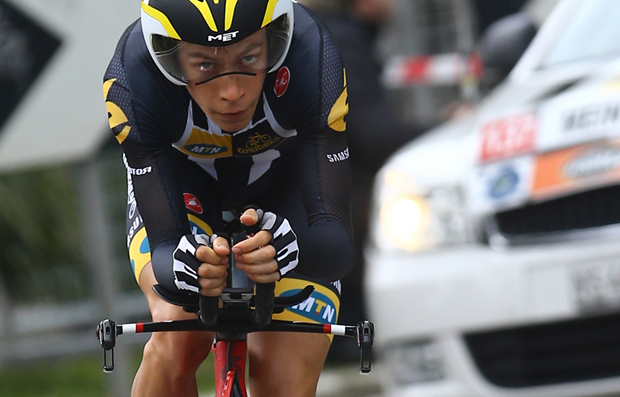 Shane Archbold sprints to 2nd at the Classica Corsica