Team Novo Nordisk and their Goals for the Tour de Pologne

An interview with the Senior Vice President of Athletics for Team Novo Nordisk Vassili Davidenko.

Several Professional-Continental teams have received their Wild Card invitations for the 2016 Tour de Pologne – UCI World Tour from July 12th to the 18th. Those names include Team Novo Nordisk. The squad comes out of America and is made up of riders from more than 11 countries, who are all affected with diabetes. This is the first team in the world formed by professional athletes with diabetes, who want to encourage others with this illness and show them that living with this disease shouldn’t interfere with the pursuit of your dreams and ambitions. This is why each year the athletes from Team Novo Nordisk meet thousands of people, to bring them this message of hope. Through their victories and their feats on the road, they are trying to encourage those who may need further motivation and offer them new incentives.

“These words represent Team Novo Nordisk’s mission and sum up the essential reason we decided to invite the team to the 2016 Tour de Pologne. I believe it is important that the team spread its message of hope, even along the roads of Poland. Besides the social significance, there is also sports merit. They’ve proven to be a high level squad that deserves to participate in World Tour races. Wherever they’ve been invited, for example, the recent Milano-Sanremo, they have always honoured the race,” explains General Director for the Tour de Pologne, Czeslaw Lang. 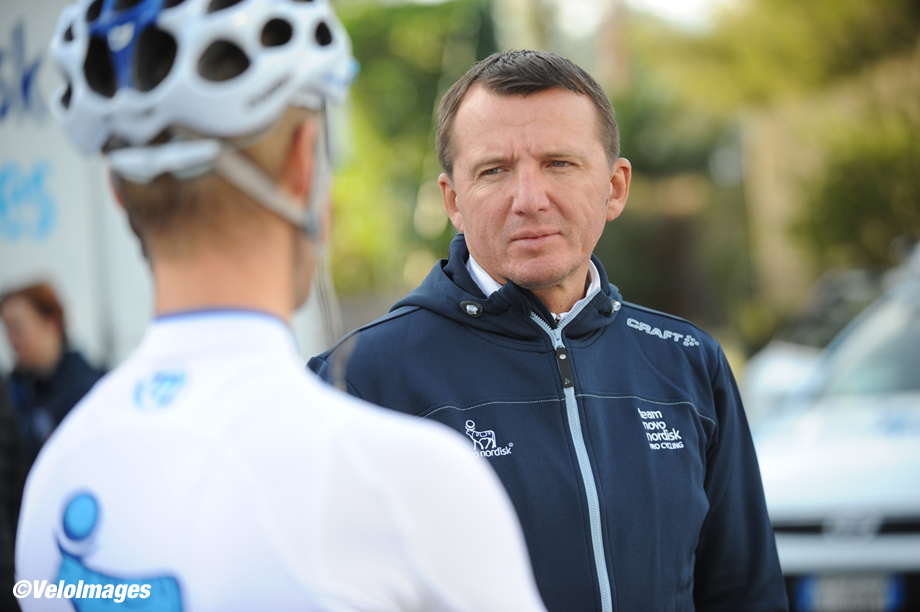 Following is the interview with Vassili Davidenko that will be one of the Sport Directors for Team Novo Nordisk at the next Tour de Pologne. Vassili Davidenko is the Senior Vice President of Athletics for Team Novo Nordisk. He brings more than thirty years of bike racing experience to the team and has competed in five grand tours: Giro d’Italia (1995,1996,1997) and the Vuelta a Espana (1993,1994). In 1996, he won the opening stage of the Tour de Pologne and wore the race leader’s jersey for three days before finishing seventh overall.

How is this first part of the 2016 going for your team?
We are continuing to see improvements from the riders year after year. We are still a young team and growing, but in general, the team is stronger and we are expecting good results very soon. 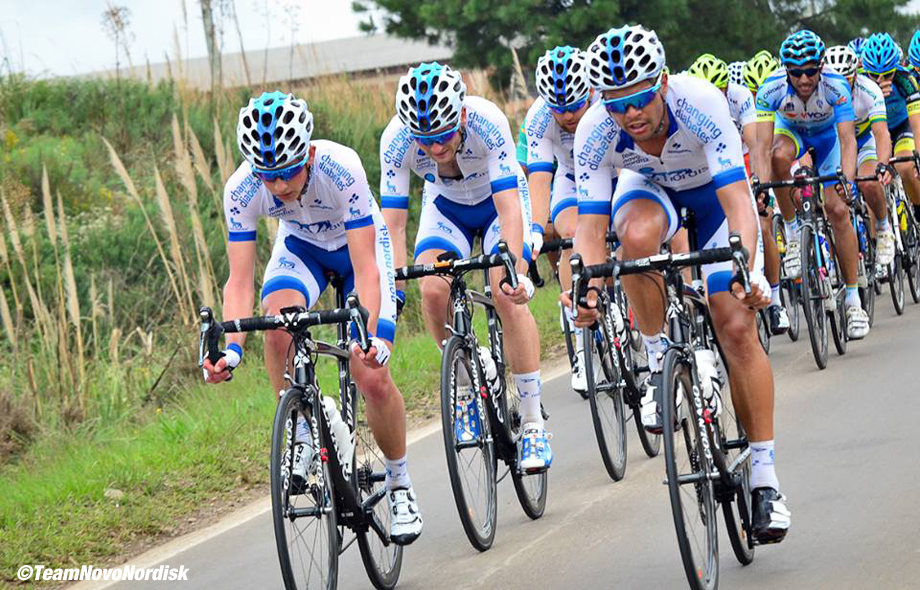 You’ve already participated in important races, including World Tour events like the Milano-Sanremo; how was it for you to be in the same circle as world cycling’s elite?
Andrea Peron spent all day in the breakaway at Milano-Sanremo for the second consecutive year and I think that helped the confidence of the riders. The only incident was when our team leader Javier Megias was involved in a crash. It happened towards the end of the race, so our best chances were affected by that crash. But it was a good day overall and our presence in the breakaway of course helps raise the visibility of the team and our mission to inspire, educate and empower everyone affected by diabetes to millions of viewers and fans throughout the world.

What role will the Tour de Pologne play within the team’s 2016 schedule?
It will be our first appearance at a World Tour stage race, so this race is very important to us. It will provide a good assessment of our skills and areas for improvement. If we do well, we may start thinking about a grand tour in the near future.

What is your opinion of the Tour de Pologne and the Polish cycling movement in general?
I think the Tour de Pologne is a very popular, prestigious race and we are very familiar with its lengthy history. Race director Czeslaw Lang was a very successful racer and now is a successful businessman. He and his daughter Agata are doing an amazing job growing this event to the top level in cycling. Cycling in Poland has many top pros and without question, the sport is very popular in Poland. Thanks to the Tour de Pologne, cycling continues to grow year after year.

The route for the 2016 Tour de Pologne has just been presented. What does it look like to you based on your team’s potential? What ideas do you have as to how to ride the race?
We are going to bring a complete team prepared for any scenario. Our top riders will be there and will be looking for opportunities on a daily basis. Our biggest goal is to give our top performance at the race. 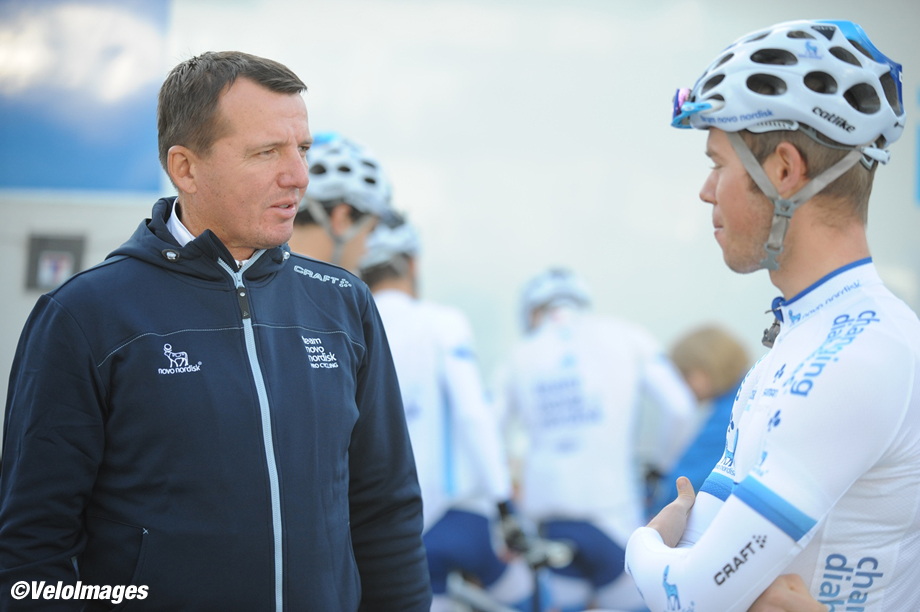 There are still more than two months to go to the big date with the Tour de Pologne, but have you yet figured out which riders on your roster could be most suited to this race, or the most important men around which to build a squad for Poland?
We have a long list in place and are planning for a training camp a week before the race. The top performing riders will be sent to Poland.

What are your goals for the 2016 Tour de Pologne? In terms of performance in the race? As far as your mission to spread your message of sports and hope?
Our main goals will be to provide opportunities for our sprinters, support our climbers on mountain stages, and be present in the breakaways. By pursuing these goals at such a high profile race, we have the opportunity to reach a huge audience and show what may be possible with diabetes. We hope people affected by diabetes will be inspired! 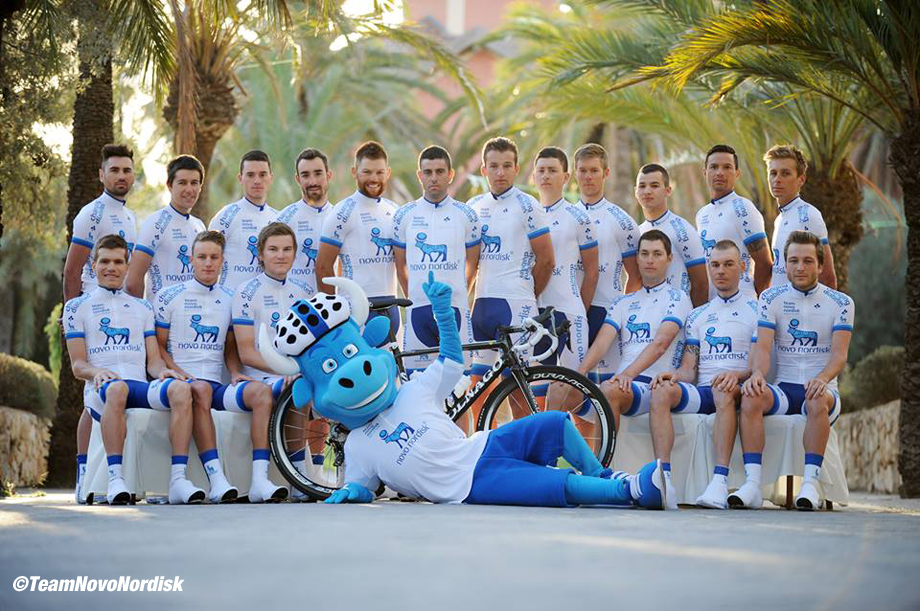 Elise Delzenne Back in the Peloton After a Pelvis Fracture