Strong prelude for Team Novo Nordisk at the first stage of Post Danmark Rundt – Tour of Denmark: After some formidable teamwork by the riders, two flat tires slowed Andrea Peron in the final sprint, yet he was still able to finish at an impressive 9th place. After 180km from Silkeborg in Midtjylland to Varde in the region of Syddanmark, and 4:32:24 hours of riding, Danish rider Magnus Cort Nielsen took the stage win, his countrymen Nikola Aistrup and Lars Ytting Bak, the remaining riders from the breakaway group, came in second and third. The 24-years-old Italian rider, Andrea Peron, was placed by his teammates perfectly for the sprint and succeeded with the 9th place even with two flat tires with the only 200m to go.

On the narrow Danish roads, Peron had his first flat tire after 50km. “And then after some cobblestones on the final lap both tires exploded”, Peron said. “But there were only 200m to go- tomorrow it will be better.” With the self-confidence from this result, Peron is looking forward to the next stages: “A good result I think – let’s see the next stages. It’s my first season as a pro rider, at the beginning of the year I could not imagine coming in top ten.”

“6th place in the bunch sprint behind the breakaway on two flat tires, that’s incredible”, adds Peron’s teammate Martijn Verschoor. The Dutch rider was the last man preparing the sprint for Peron. “We went right, left, right, left, it was crazy this final”, Verschoor says. Vassili Davidenko, Corporate Vice President Cycling Operation of Team Novo Nordisk says: “With this performance Peron and Verschoor showed their great form, and I really believe the podium is reachable. We are just at the beginning of the race and looking forward to the coming stages.”

For Paolo Cravanzola, the Post Danmark Rundt – Tour of Denmark started with a moment of shock when he came crashing at full speed into the back of one of the team cars. But the brave Italian rider was able to rally and continue to reach the finish of the stage in time.

The second stage of Post Danmark Rundt – Tour of Denmark kicks off in Ribe on and follows the west coast of Denmark direction south and takes the riders along the German border going east as it heads east to Sønderborg. As during the first stage, the riders will complete 180km until they reach the finish on a final lap of 6.7km. There will be two ‘Changing Diabetes’ Bonus Sprints- the first after 51.7km, in the city of Højer, and the second, after 157.4km, when first passing the finish line in Sønderborg.

Even though there are, once again, no real climbs along the beautiful Danish coast, Chris Williams, one of the three Australian riders in the Team Novo Nordisk lineup for Post Danmark Rundt, expects another tricky stage: “There is a high chance of crosswinds during stage 2 as we head down the west coastline. The position in the peloton is going to be, again, one of the most important points on this stage. If you are riding well in the front you have full control of the race, but you have to invest a lot of energy. If you are riding in the back, there is a high risk of dropping, and whatever happens, it’s difficult to react – or even impossible. It’s another relatively flat stage, but I’m sure there will be many trying to get away early and deny the sprinters in the finale.”

Post Danmark Rundt, classified 2.HC by the UCI (Union Cycliste Internationale), is one of the major stage races on the European calendar. Over five days, there will be five stages and one time trial. The race begins in the city of Silkeborg, in the Danish region Midtjylland, and finishes in the Danish capital Copenhagen. 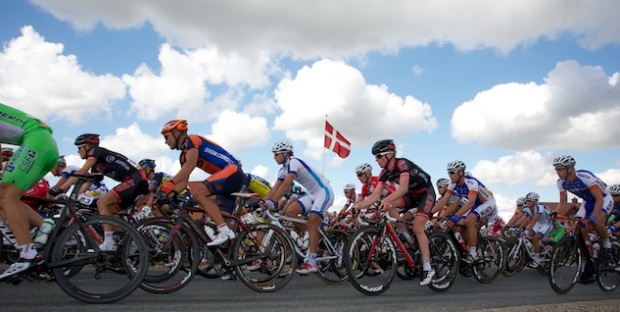 Phinney Anticipates the Sprinters and Wins in Katowice