Team Novo Nordisk, the world’s first all-diabetes professional cycling team, makes history as it accomplishes three top-ten finishes and even finishes strong in the general classification in the USA Pro Challenge. Andrea Peron scored again during the 78km (47.1m) final stage of “America’s Toughest Professional Cycling Race” with start and finish in Denver. The 24-year-old Italian, who currently races in his first year as a professional cyclist, finished 8th today after he had finished 6th in Fort Collins yesterday – two magnificent results in a row! “This was an outstanding performance by Andrea which had been made possible by hard work of the entire team. It certainly is a reason to celebrate for the young team that will result in a lot of self-confidence for the upcoming events,” says Vassili Davidenko, Corporate Vice President Cycling Operation of Team Novo Nordisk. “The team fought from the very first to the very last meter, we have been in almost every breakaway group, every day, and have presented ourselves very strong – congratulations to the entire team!” Peter Sagan from Team Cannondale won today’s stage.

The final stage took place on a 15.5km loop with 8 laps. Strongest rider from Team Novo Nordisk was David Lozano. The 24-year-old from Spain was part of a 4-man breakaway group that later became a 7-man breakaway group at the foot of the Rocky Mountains in the capital of Colorado. The group was caught only on the last lap. “With this move, we have managed to deliver our motto ‘Changing Diabetes’ in front of an unbelievable amount of spectators during the last stage again – perfect job!” concludes Davidenko. “It is a pity that the group didn’t make it to the finish, but we had Andrea as a backup.”

Team Novo Nordisk scored in the general classification, too. After seven stages from Aspen to Denver, Javier Megias was the best rider of Team Novo Nordisk. The 29-year-old Spaniard finished 23rd, 7:52 minutes behind the overall winner Tejay van Garderen from Team BMC.

The next race for Team Novo Nordisk will be the Tour do Rio. The most important stage race of Brazil will start and end in Rio de Janeiro, the Olympic city of 2016, and lasts from August 28th to September 1st. 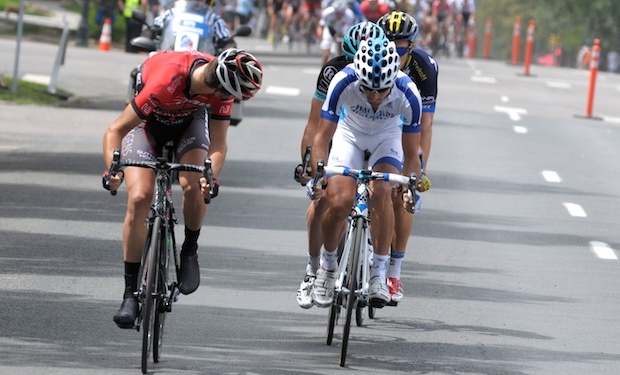