Team Novo Nordisk with bad luck in the final: fall in Changsha rain

Despite a strong presentation in Changsha’s rain, the second part of the Tour of China hasn’t started lucky for Team Nordisk. After a mass crash about 50 meters in front of the finish, in which the Dutch Martijn Verschoor also fell, the world’s first all-diabetes professional cycling team has to live without another top-ten placement. In spite of the heavy rain everything went well on this 124.2 km (77.2 m) long stage up to then. After the breakaways of the day were caught in time for the finish, preparations for the mass sprint were perfect. “But that is cycling. Good and bad luck are often very close to each other”, says Verschoor, who luckily wasn’t injured badly and who can continue the race tomorrow. Best Team Novo Nordisk rider in Changsha was David Lozano on place 48. Andrea Peron again had claimed his rights already in the first bonus sprint of the day and placed himself in an excellent position.

After a transfer the second stage of the Tour of China II will run through Yueyang’s hilly profile tomorrow. On this city course there is no mountain classification, therefore another sprint final can be expected. Just like the Tour of China 1, finished last Friday, the Tour of China II is an independent race with six stages, the end of which will be in Tianjin next Monday. But on Wednesday and Sunday another two transfer days with bus and plane are scheduled. 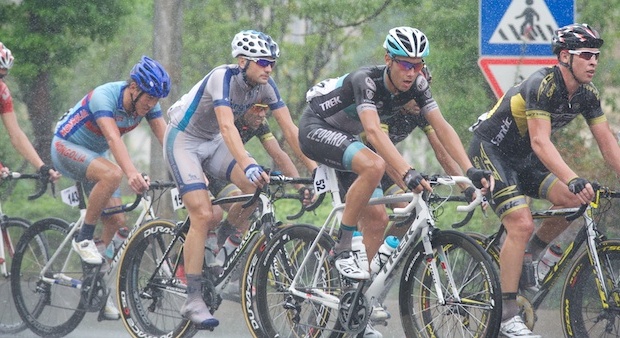 Jaguar Presents Opportunity to Ride Like a Pro with Team Sky