“This result is the product of amazing teamwork. I couldn’t have done it without the complete dedication and support of my teammates,” Megias said. “I have raced for Team Novo Nordisk since its inception and I am very happy to deliver this result and show the world what may be possible with diabetes.”

Team Novo Nordisk raced aggressively from the start at the Tour de Korea with Andrea Peron (ITA) taking ninth on the opening stage. Charles Planet (FRA) ranked in the top 10 overall following stages 2 and 3 and took 10th place on Stage 5. On Stage 6, Megias finished fifth and moved into second overall. The six-man squad raced to defend Megias’ ranking for the remaining two stages.

Megias started cycling at nine years old. He was diagnosed with type 1 diabetes when he was 15, and continued chasing his dream of being a professional cyclist. In 2006, he signed his first professional contract with the Pro Tour team, Saunier Duval. Megias has completed one Grand Tour to date, the Vuelta a Espana, where he earned a top 10 stage finish in 2007. Throughout his lengthy career, the Spanish climbing sensation has earned top 10 stage finishes at the Tour of Utah, USA Pro Challenge, Tour de Beauce, Philly Cycling Classic and the Tour of Britain, Tour of Turkey, Trofeo Laigueglia and GP Lugano. 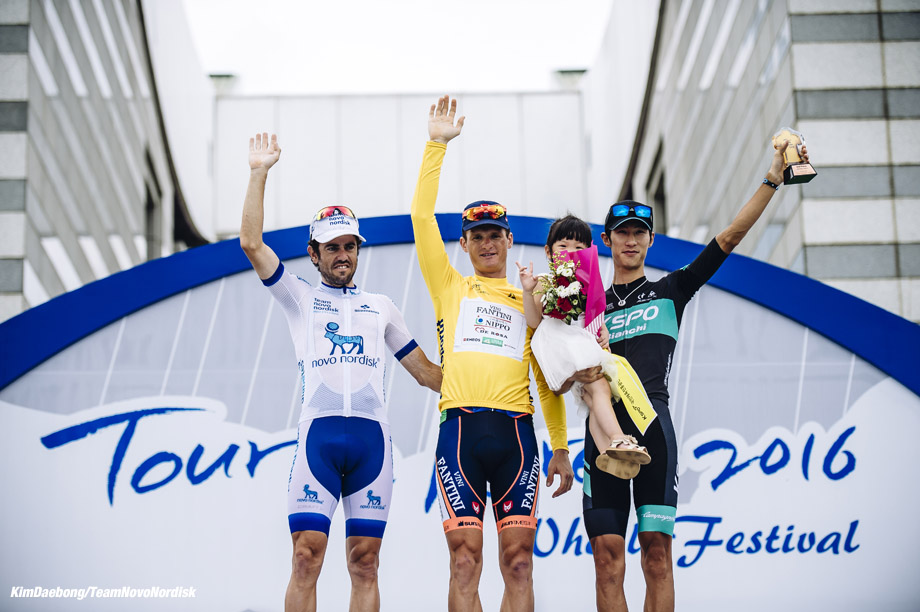 Team Novo Nordisk Senior Vice President of Athletics and General Manager Vassili Davidenko said Megias’ result was a reflection of the team’s overall development and that he was proud of the team’s effort to protect and defend Megias’ jersey throughout the dynamic race.

“The Tour de Korea has been a good race to this team over the years. I am very pleased with the entire squad. It was inspiring to see how aggressive our riders raced all week in breakaways and sprint finishes,” Davidenko said. “Javi finished 14th overall last month at the Tour of California against some of the best cyclists in the world. Now he earned his career best at the Tour de Korea. We’re excited to see what happens throughout the remainder of this season, especially at next month’s Tour de Pologne.”

Megias’ next race is the Tour de Pologne, which runs July 12-18 and marks Team Novo Nordisk’s debut at a World Tour stage race. 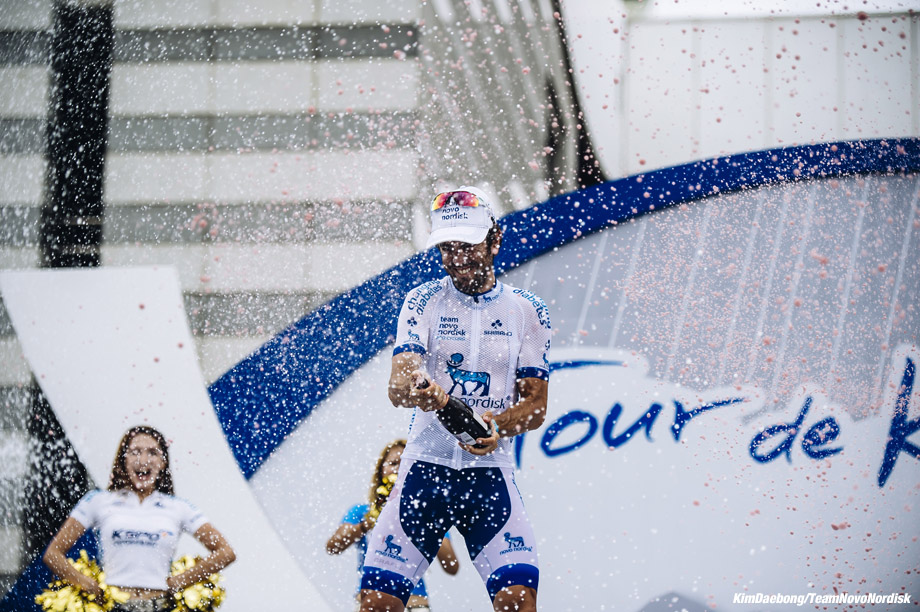