Team return to defend their crown at Tour of Turkey

The Caja Rural-Seguros RGA team has named a balance of youth and experience in their squad ahead of their participation in the upcoming Tour of Turkey (10-15 Oct).

The men in green will have the privilege of going to the race as reigning champions this year.The team dominated the event in 2016 by winning the overall with Jose Goncalves and three other riders placing in the top-10.

The team will count on the experience and leadership of David Arroyo who will be looking for a good overall placing. While the in-form Antonio Molina and the climbing specialist Chris Butler will also expect to be up with the favourites on the climbs.

For the sprint stages, Edu Prades will hope to earn his first victory of the season after a string of recent top-tens including 9th place at the Coppa Bernocchi and 5th at the Coppa Sabatini. The latter race he won in 2016.

This year will mark a jump in level for the race which has been upgraded to World Tour status. It has also seen a later calendar slot, being moved from April to October.

Eugenio:
“We are going back to Turkey to do big things. We know it will be difficult, it’s the end of the season, people are tired, but its a type of race that every rider wants to go to. We will be fighting to put in a good performance. It is a race that cannot be won in one stage but can be lost at any moment. It will be windy and we will see if that plays a part in the outcome of the race.

The mountain finish will also play a critical part of the final GC. this race was not in our original race programme, but it is always motivation to be able to participate in World Tour events.” 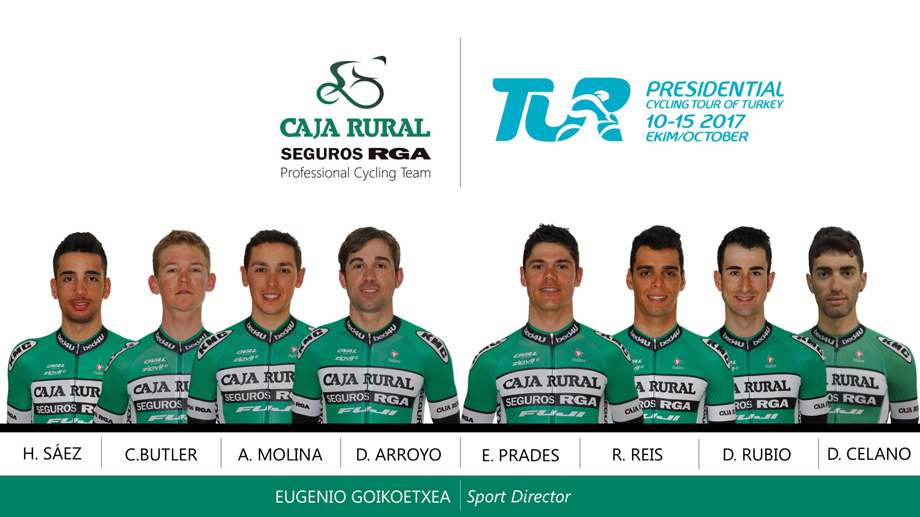 Tour of Turkey – The Final Race for Gazprom-RusVelo in 2017