The Caja-Rural Seguros RGA team will make its debut in the Rhône-Alpes Isère (2.2) from 3-6th May, with an eye on claiming their second win of the season.

The 27th edition of the race will see the Spanish outfit field a young line-up in a race which, like the team, is dedicated to developing young talents of the future.

Since its beginnings as an amateur race in 1991, the race has steadily grown to be known as one of the most prestigous French races for young professional riders.

The peloton will comprise of five pro-continental teams with the remainder being compilations of continental, national and regional level teams. Caja-Rural Seguros RGA will come in to the race as one of the favourites with Jaime Roson as leader. The team will be hoping to build on his recent win at the Tour of Croatia.

Eugenio Goikoetxea (Director Sportif): “This will be a new race for us and one that interests us greatly because the organisers share a similar philosophy to our team, which is developing young riders and ging them a platform. Although we will also be up against strong veterans such as Voeckler. It is a four stage format with hills close to the finishes which will make it very selective.We are bringing a young team that will be able to compete well here. We are going in with high aspirations after the good performances in previous races, so the plan will be to return from Rhone Alps Isere with more good results in the bag.”

Jaime Rosón: “I have recovered well after Croatia, though I am still a little tired. It’s been an intense start to the season and my body needs the rest. The attitude for Rhône-Alpes Isère will be the same as always: work together as a team and fight for each other so that one of us can get a good result.The stages don’t seem to be too hard, because most of the climbs come in the middle. It’s a pity for me that the climbs don´t come at the end, but we’ll have a plan. Getting the first win of the season gives us confidence but we have our feet on the ground. We need to keep working hard because it will be a long season with our main objectives in the summer”. 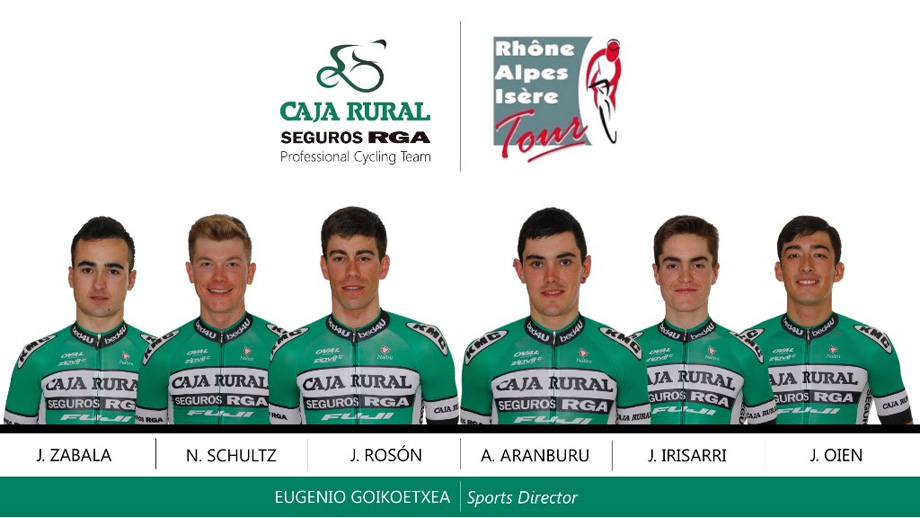