Team to Race on Three Fronts in Hectic Weekend of Competition

The Caja-Rural Seguros RGA team will field more riders than even so far this season, with 19 riders competing over three different events. The team will be eager to add another win to their tally of victories this season.

The event which has everybody talking about will be the first edition of the Hammer Series (2.1) which will take place over three days in the region of Limburg, Netherlands. The race will take the form of a team competition whereby the winner will be a team rather than an individual. Caja-Rural Seguros RGA will go into the event with a team of young riders spearheaded by the in-form Nick Schultz and Jonathan Lastra.The event will be broadcast live and free via Facebook and Youtube.

Rolling terrain will await the riders at the Boucles de la Mayenne (2.1) in France and the team goes into this event stacked with fast-men for the flatter and breakaway stages. The team will count on the guidanceand experience from veterans Lluis Mas and Fabricio Ferrari while working for young Swiss sprinter Dylan Page in the bunch gallops.

Meanwhile, the second edition of the GP Beiras e Serra de Estrela (2.1) will be a much hiller affair and the team will bring a selection of riders to reflect this. The fearsome trio of Jaime Roson, David Arroyo and Sergio Pardilla will lead the teams overall ambitions, while stage winner from last year Edu Prades will hope to add to his win in last years event.

Eugenio Goikoetxea (director sportif): “We have a very busy weekend ahead where we will be competing in three countries: Holland, France and Portugal. We have tried to put together the right mix of riders for each race. Each race is totally different and we will go into them with different objectives but with the overall goal of being competitive”.

“In Portugal, where the terrain is more hilly, we will take some of our best clibers along with Prades, who won a stage here last year. For Boucles de Mayenne we will bring a different type of team, which focuses more on the roleurs’ in the squad. We have participated in this race many times and have yet to triumph so hopefully this weill be the year. The third race will be a new format in Holland. The race will be won by a team and not an individual. We are bringing a very young team to this event and we home they can compete well against the big names.” 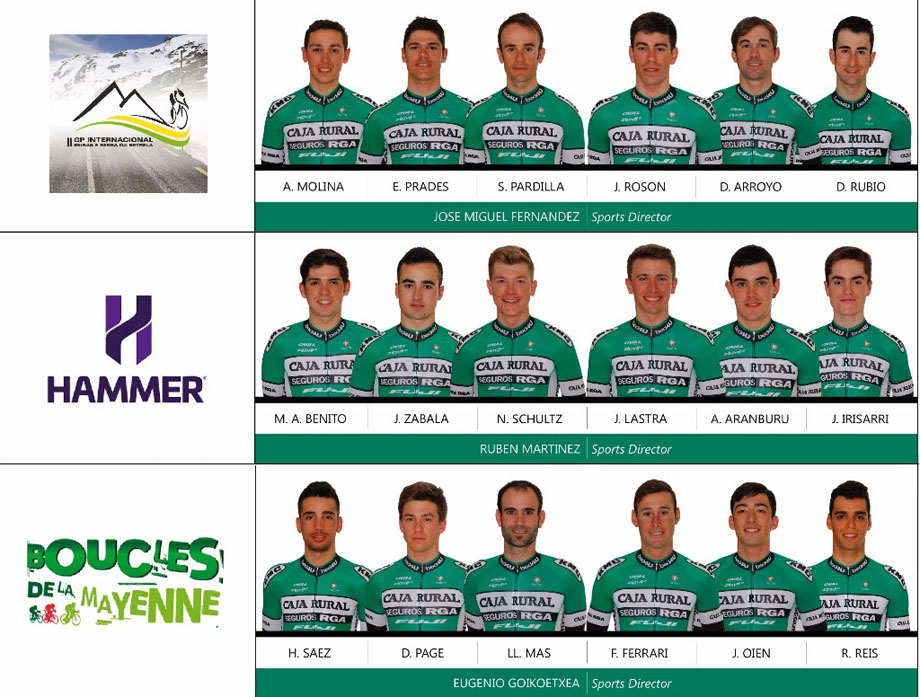