Teams Attacking Philosophy Pays Off in US Races

After two weeks of competition on US soil the Caja Rural Seguros-RGA team will fly back to Spain with their heads held high after securing top-ten finishes in both the Tour of Utah and the Colorado Classic.

The trip stateside began well with Miguel Angel Benito and Justin Oien both wearing the most aggressive rider jersey for their part in breakaways in the Tour of Utah. In terms of the GC it was Chris Butler who flew the flag, showing his building form after returning from a long injury sustained in the Vuelta Murcia. On the penultimate day in Utah, Butler showed his climbing pedigree when he rose to 8th in the general classification behind eventual winner Rob Britton (Rally).

In Colorado things got off to a positive start when Antonio Molina attacked from the gun in Colorado Springs and took the lead in the King of the Mountains competition overnight. Molina would later lose this jersey to TJ Eisenhart (Holowesko) but not before attacking on the final day in Denver only to be caught eight kilometres from the line.

After finishing in the elite group of climbers each day in Colorado, Miguel Angel Benito confirmed his return from a knee injury with a confident 8th place on GC – his biggest result of the year against World Tour opposition.

Both stagiaires, Gonzalo Serrano and Manuel Sola were both present in some of the most important attacks and breakaways during both races. These riders were hoping to impress here with the goal of finding a place in the professional team for 2018.

Miguel Angel Benito: “Personally it was a good couple of weeks for me. Up until now I have had a complicated season coming back from a knee injury. I knew that the form was coming good before these races but I had to prove to the team that I had the legs. In Colorado I was given the opportunity by the team to ride for myself and I was rewarded with a top ten. We worked very hard as a team and were present in nearly every breakaway in both Utah and Colorado. The plan now will be to take a rest period and build up towards a strong end of season in the Italian races.”

Josemi Fernandez (Director Sportif): “The riders fought well in what was an intense two weeks of racing. We had a top ten in the GC in both races which is a great achievement for our guys. To be closer to the podium or to have gotten a stage win along the way would have been the icing on the cake, but we’ve had a complicated year and it’s not always easy to win. However there is still time left in the season and we will continue fighting for victories.”

Milay Galvez (Fuji Bikes): “Fuji is a US company so it was great to have the team coming here and racing on our home roads.We are very pleased with their performance and the way they have battled in these races which are two of the elite events on the American calendar. The people here were very excited to have the guys racing on American soil and they did themselves and the team proud.” 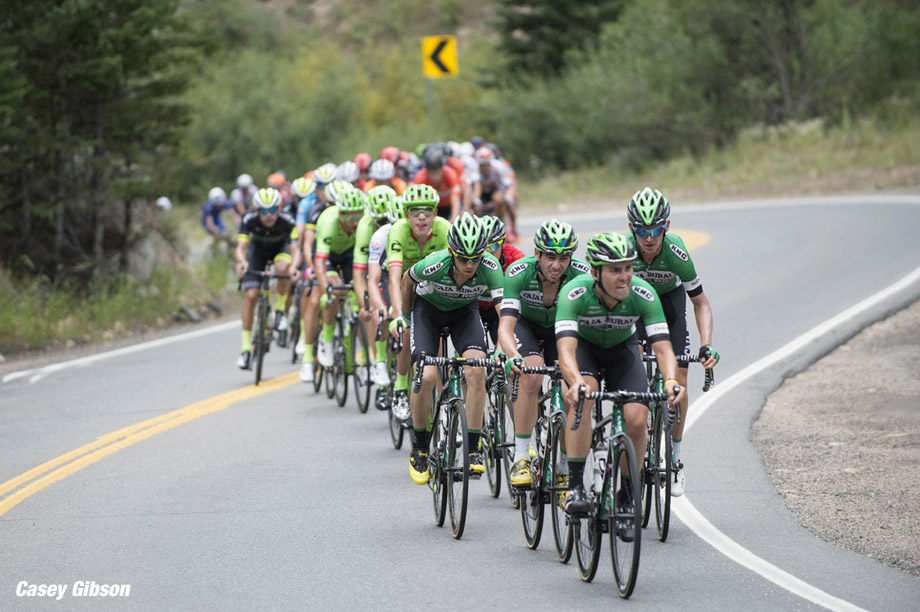 Inside The Scott Junior Tour Of Ireland’17