After 179 days of competition in 52 races around the world, the Caja Rural – Seguros RGA team have brought their season to a close at the Tour of Guangxi in China. During this time the team has amassed two victories and 81 top -10 results, bringing the teams total to 58 wins since its establishment in 2010.

Juan Manuel Hernandez (Manager): “We have had less wins than in other years but that is to be expected as we are competing more at a higher level than before. As we are present in more World Tour events the goal has been to be aggressive in those races. A good example of this was in the Vuelta España where we were present in 14 of the breakaways. Throughout the season we have shown ourselves to be a combative team who are always to the fore in the biggest races.”

The big success story of the season was Jaime Roson who proved himself throughout the year as being one of the brightest talents in Spanish cycling. The highlight of his season came in the Tour of Croatia where he went head-to-head with Vincenzo Nibali to win the sixth stage. He also tasted success in Vuelta Castilla y Leon and the Coppi e Bartoli, finishing on the podium on both occassions. Still just 24 years old, he will move across the Movistar team for 2018.

Hernandez (Manager): “One of the big objectives of the team is the formation of young riders and that is why the average age of our squad is just 26. Our aim is that our young riders can continue developing with us and eventually arrive to the World Tour, as was the case this year with Jaime Roson.”

Neo-pro Justin Oien also showed himself to be one to watch for the future, claiming a stage win in the Rhone-Alps Tour in France. The American will continue with the team into 2018 where he will aim to further his progression.

Meanwhile the Caja Rural Seguros- RGA development team had a runaway success this year winning 29 races and finishing first in the national rankings.

At least two riders from the amateur team including Gonzalo Serrano and Alvaro Cuadros will make the step-up to the professional team in 2018. 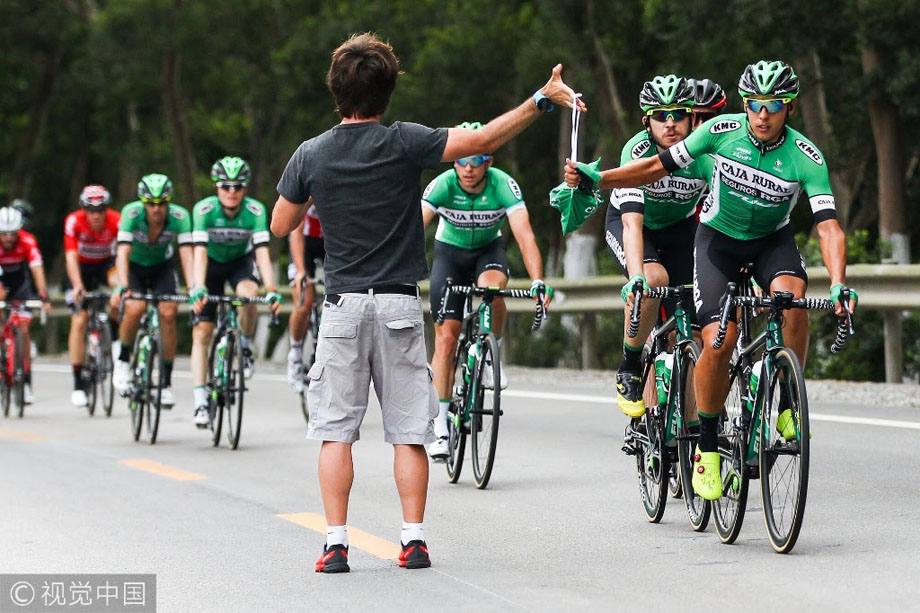