Teklehaimanot and Kudus added to 2014 roster

Team MTN-Qhubeka p/b Samsung is proud to welcome Daniel Teklehaimanot and Merhawi Kudus for the 2014 and 2015 seasons. Teklehaimanot joins after spending two years on WorldTour team Orica-GreenEdge while Kudus will turn professional with the African outfit.

Hailing from Eritrea, a country fast becoming one of the strongest cycling nations, both men have already proved their worth, racing in Europe. 19 year old, Kudus, was discovered through the relationship with the UCI World Cycling Centre and has won four races this season in France, Italy and Eritrea. He also finished second on the general classification of Vuelta Ciclista a Leon.

Brian Gouldie, MTN SA Chief Marketing Officer says: “MTN is thrilled at the news of the Eritrean duo of Daniel Teklehaimanot and Merhawi Kudus joining Team MTN-Qhubeka p/b Samsung. We believe they will bring a wealth of experience and enthusiasm to the team and are convinced that such young, talented and focused riders, will contribute greatly to MTN’s commitment to profile and develop cycling on the African commitment.”

“We wish Teklehaimanot and Kudus all the best for the next two seasons with Team MTN-Qhubeka,” Gouldie concluded.

Teklehaimanot is the more experienced of the two riders and last year became the first African rider of colour to complete a grand tour when he took part in the Vuelta a España.

“I’ve chosen this team because it’s an African team from home,” Teklehaimanot said. “I’m very excited and am already thinking about next year and am preparing for it. I believe in my talent and myself. I was excited with Orica-Greenedge when I could go to a grand tour last year and that’s what I am looking forward to with Team MTN-Qhubeka now too.

“It just made sense to come to this team for Merhawi and I. He is a very strong climber and will do well in this team. I think African cycling is in a good place and the door is open to Europe like Daryl Impey showed everyone this year. There are strong teams out there but Team MTN-Qhubeka is getting stronger and stronger and this is a great project, not only the racing but the Qhubeka project too and I feel good that I can wear the jersey and promote Qhubeka.”

“Daniel will add depth to our line up as we prepare for our first grand tour while we’ve identified Merhawi as a massive talent for the future,” Team Principal, Douglas Ryder said. “Merhawi a young rider but has shown maturity and ability beyond his years. African cycling is in a great place with Louis Meintjes finishing second in the under 23 road race at the world championships and Merhawi finishing fifteenth in the same event.

“We’ve brought Daniel on board to give him a leadership position as we believe he’s ability and talent deserves that. We’re investing heavily in all our athletes who are on the team and they’re not here because of anything else except that we believe in them. The fact that we’ve not lost any of our riders this year and are adding two African and one European to the roster speaks about our environment and belief in the fruits African cycling will bear on the world stage.”

Teklehaimanot and Kudus are the second and third additions to the team following the news of Linus Gerdemann in recent weeks. The make up of the team as of now, will comprise seventeen African and seven European athletes. 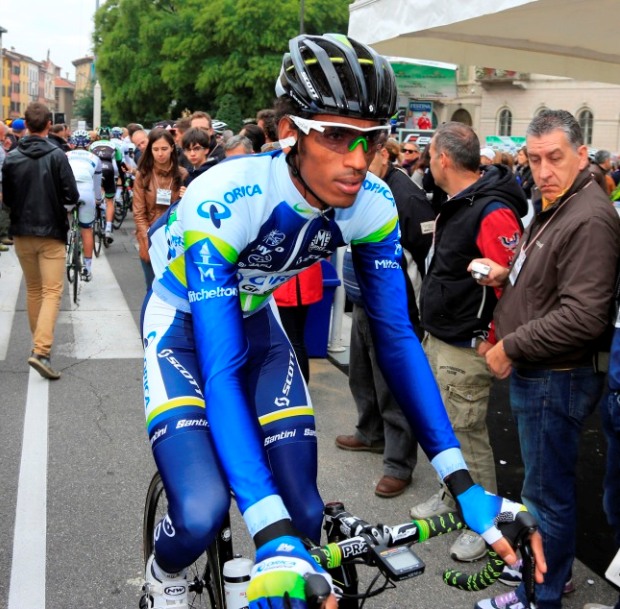