THANK YOU FOR SUPPORTING WOMEN’S RACING!

Wow. That was great. We had a massive response to our 24-hour sale on the remastered Hell Hath No Fury. As you know, we offered to give all the profit in the first 24 hours to support the upcoming documentary on women’s racing. So, we are proud to announce that we’ve just donated, on behalf of all Sufferlandrians, $2,750 USD to Half the Road. Kathryn Bertine, the creator, was blown away by the generosity of Sufferlandrians and we are so thankful you helped us do this. Sufferlandrians rock. 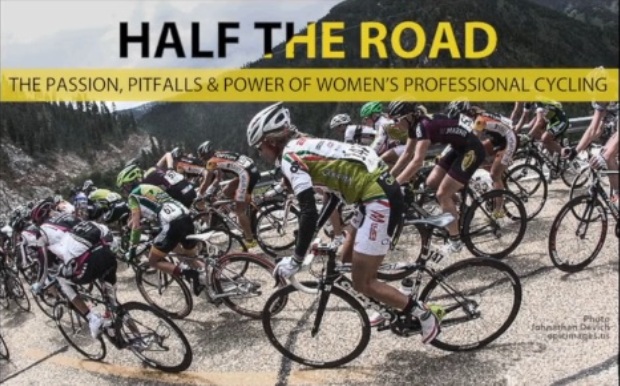 We’re bringing some old videos up to the new design standard and releasing some new ones later this year. So you know what’s coming, here is the (tentative) schedule!

Mid-June: Remastered versions of A Very Dark Place, The Long Scream and Extra Shot. New graphics only (no new footage). Will be on sale at 25% off for 24 hours when launched.

September: Remastered version of The Hunted. All new footage and graphics. Will be on sale for 20% off for 48 hours when launched.

Late October: Remastered version of Fight Club. All new footage and graphics. Will be on sale for 20% off for 48 hours when launched.

November: New video from the Italian classics of Milan-San Remo, Strade Bianche and Tour of Lombardy.
Although not scheduled at the moment, we’ll likely have a remastered version of Angels and Downward Spiral by the end of the year.

The Coat-of-Arms. A symbol of a nation. A mark of a people, their pride in who they are and what they stand for. Today, Sufferlandrians can stand tall. Not only because we like to feel the full impact of a headwind so we can destroy it with our power, but because our new Sufferlandrian Coat-of-Arms is revealed. Get it in every size you can imagine for your computer or phone/device wallpaper right here >> 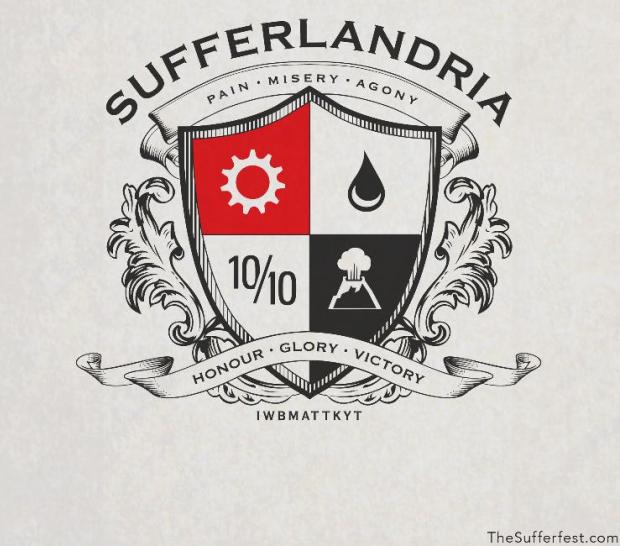