The Belgian champion wants to show his national jersey

It’s the 70th edition of the Omloop Het Nieuwsblad tomorrow. The race is just over 200 kilometres long with eleven hills and ten cobblestone sections.

Lotto Soudal roster with Belgian champion
Belgian champion Jens Debusschere and Pim Ligthart, who already won twice this season, are part of the Lotto Soudal selection. Jürgen Roelandts is out for the Omloop Het Nieuwsblad and Kuurne-Brussels-Kuurne because of the flu. Kenny Dehaes will replace him on Saturday. The Lotto Soudal riders will have to race against among other Ian Stannard – last year’s winner – Tom Boonen, Philippe Gilbert, Alexander Kristoff, Niki Terpstra, Greg Van Avermaet and Sep Vanmarcke.

The preparation
Jens Debusschere: “It’s always good to recon the route like we did on Wednesday, to get the feeling on the cobblestones. I don’t actually love cold and rain, but I don’t perform worse because of it. The preparation for this opening weekend was the same as for the Belgian Road Championship last year: lots of training and few races. It was successful; I won the title race.”

Show Belgian jersey
“I’ve raced eight days so far. In the Challenge Mallorca I raced three days and last week I rode the Volta ao Algarve. I’m looking forward to the Flemish spring races. I’ll be satisfied if I am good in the final tomorrow. With the Belgian jersey on my shoulders I put more pressure on myself. I want to prove I’m worth it. I‘m proud to show my jersey in the classics.” 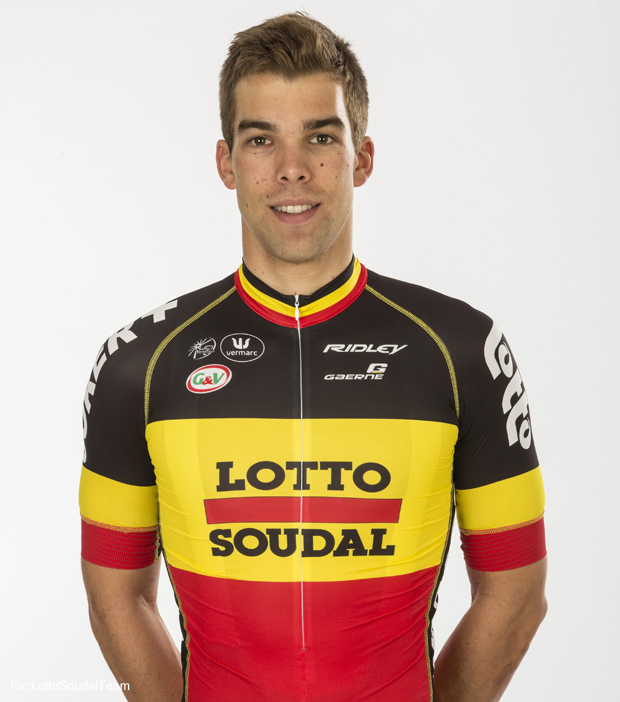