It is one thing to take your decisions when you are behind your office desk… It’s quite a different story to make it in the blink of an eye, when you are on your bike at 60 kmh, and under huge pressure.

“G (teammate Guillaume Boivin) was in front of me, the last guy in our lead out. And I decided to let him take a gap. I was thinking that I have a better chance if I follow the sprinters that will close the gap”.

His gamble worked. He followed the other sprinters who closed the gap, and was able to out sprint them to his and Israel Cycling Academy’s first win of the season.

G later said that he was sure that MIkuu would have won anyway. “We executed our plan perfectly” he said. “So happy that we were able to alleviate the pressure a bit”.

At one point in this opening stage of Tour de Azerbaijan, the 148 Km from Baku to Sumgait, we thought it (victory) was slipping away. That’s when a 5 man breakaway had about 3 min gap on the field as we headed into the laps around the city. Our Israeli champion Guy Sagiv was sent to pull the peloton with Canadian Ben Perry helping out. Then other pro continental teams joined to help bring the breakaway back, as nobody wanted to miss that sprint.

The rest is history. We got our long awaited win.

But no one was over elated. 4 stages left and the main goal is to try to win the whole tour. “It’s a new ball game tomorrow” said G.

Israel Cycling Academy was founded in December 2014 in Jerusalem, as Israel’s first Professional cycling team, with a clear vision to help Israeli Cycling and bring young cyclists, especially Israelis, to the top levels of cycling.

The team recorded wins in races over 4 continents in the last 20 months, and is backed by sponsors like The Israel Ministry of Tourism, Cannondale, Hertz Israel, and Verge, as well as the Israeli-Canadian philanthropist Sylvan Adams- Israel Cycling Academy is now set to go Pro Continental for the 2017 season. 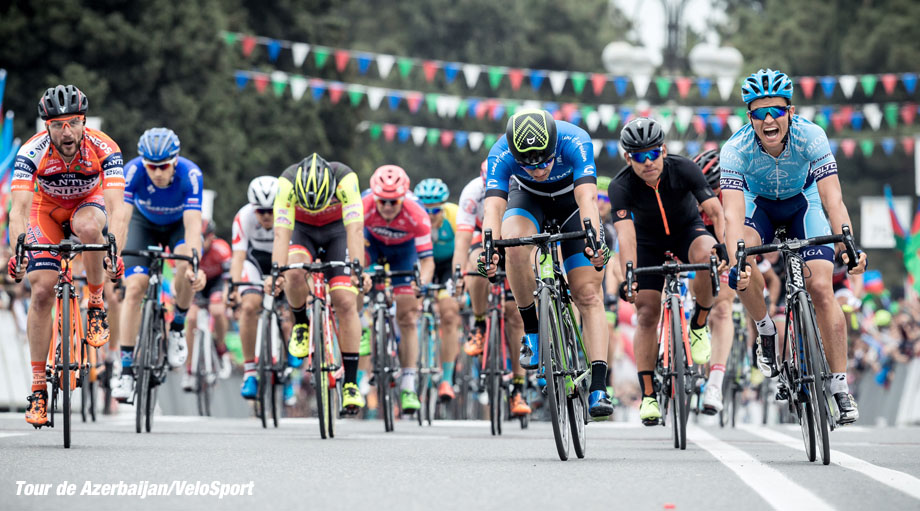 Team hope to benefit from extra stage in Vuelta Madrid

New Look for Summer with the “Stripes” Line by RPM Cyclng