The Excitement of Cannondale Pro Cycling is Brought to Life in the Cannondale Gazette.

“As this year is the 100th anniversary of the Tour de France, it was the perfect time to launch the Cannondale Gazette, and will bring the excitement of Cannondale Pro Cycling and the race to fans all over the world,” said Bob Burbank, Global General Manager, Cannondale.

The digital version of the Cannondale Gazette Tour de France edition will be featured for download on iTunes, Android, and Kindle, and at www.cannondale.com/TourdeFrance. 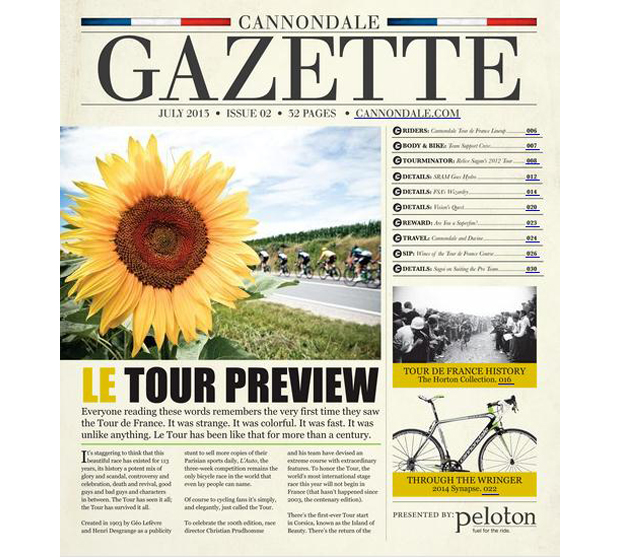