Chris Froome, the King of the 2013 Tour de France, dropped in for a visit at the Sidi Sport headquarters in Maser. Following Sunday’s difficult and busy day riding with the British national team at the World Championships in Florence, he took advantage of his jaunt in Italy to pay a visit to Dino Signori, the man who has been “shoeing” the British champion since 2010.

Froome uses the Sidi Wire shoes the top models in the Sidi Sport collection, which were painted yellow this year in a special edition for the champion from Team Sky to wear during the conclusive showcase in Paris. 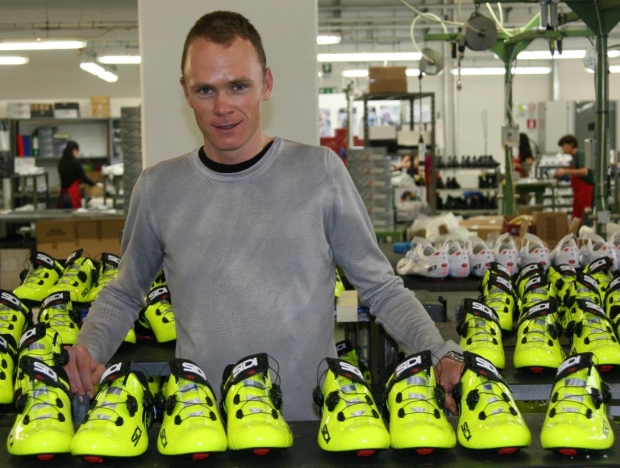 “This is my first visit to Sidi, it really meant a lot to me to meet Dino Signori in person, he’s a man with extraordinary charisma,” says Chris Froome. “I like Sidi shoes not only for their appealing design; I also benefit from a technical standpoint because they join lightweight qualities to sturdiness, two fundamental aspects for obtaining maximum performance, even in the most difficult race situations. I really appreciated the yellow Sidi Wires that Sidi made especially for me for the final showcase on the Champs Elysées. Now they hold a special place in my memories because they were one of the elements that contributed to this success. The victory in the Tour was extraordinary, but it hasn’t changed my life, I’m the same guy I’ve always been for my friends, family and team mates. In the morning I get up and go out to train on my bike, this is my priority. Of course now there are many more commitments and when I go to the supermarket to do the grocery shopping it’s nice to run in to people who recognize you and stop you for a picture and an autograph, this had never happened to me before. Certainly I have more responsibility on the team and I know I’m an example even for the younger riders who are new to cycling, but I’m not afraid of this; on the contrary, it’s a source of pride. The Giro di Lombardia will be my last race of the season, then I’m going to take a holiday in Kenya and after that I’ll start thinking about 2014, when my main objective will once again be the Tour de France.” 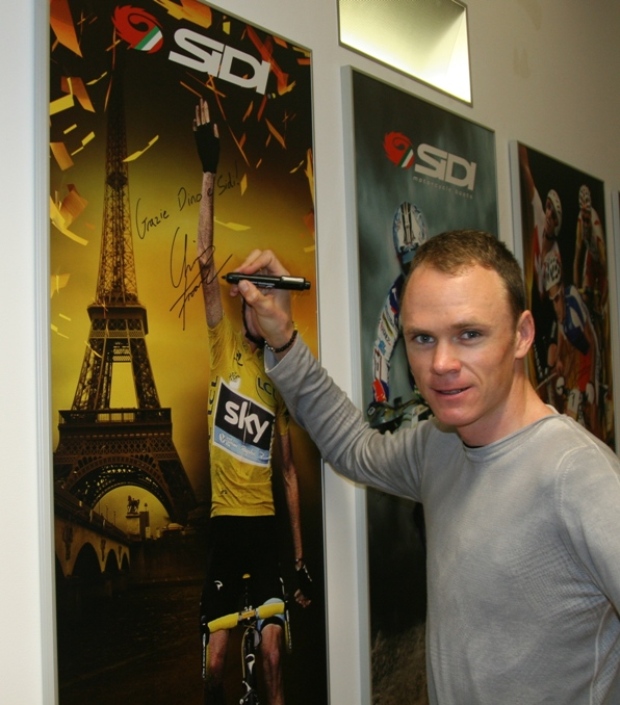