Previews on the 2014 route from General Director Czeslaw Lang.

Starting in Northern Poland and arriving in Krakow. Crossing the border into Slovakia.

A few days ago the Tour de Pologne relived some of the best and most significant moments of the 2013 edition, with the event being broadcast from the TVP television studios in Warsaw. Organizers, sponsors and some of the most outstanding Polish cycling champions participated in the celebration, including Michal Kwiatkowski, Rafal Majka and Bartosz Huzarski. Meanwhile, the Lang Team staff, led by General Director Czeslaw Lang, has already been busy working on the 2014 edition (3 – 9 August).

“We celebrated the 70th edition of the Tour de Pologne with the extraordinary kickoff from Trentino, in the Italian Dolomites, and it turned out to be a truly exceptional, memorable experience,” says Czeslaw Lang. “In light of this unprecedented success, all our staff is busy working with commitment and enthusiasm on next year’s edition because we want to set up another great race that can still bring thrills and excitement to everyone. The route still needs to be made official, we have to work out some details and get some confirmations, but for the most part we have outlined an overall design for the 2014 Tour de Pologne. It will all start in Poland; after a few years’ absence we’ve decided to return to the north. The stage for the kickoff will most likely be Danzica, a very important city for its historical, cultural and political background.”

This year celebrates 25 years of free elections in Poland (parliamentary elections in 1989). The movement for the right to vote was sparked when Danzica’s ship-building dockworkers went on strike, organized by Lech Walesa, founder of Solidarnosc, the first labor union to declare independence from the Soviet bloc. The kickoff from Danzica will pay homage to this anniversary and this extraordinary leader of the Catholic workers’ movement. After a long, difficult season of struggle against the Communist regime Walesa went on to become the leader of Poland, winning a pacifist revolution that gave freedom back to the Polish people and brought awareness and hope to the entire world.

“Then we’d like to descend towards Warsaw. With the second stage we’re hoping to set off from Torun, birthplace of Michal Kwiatkowski, in a tribute to this rider who is bringing enormous satisfaction to Polish cycling. He has become a shining example to all our young kids who are becoming enthusiastic about cycling,” continues Lang.“Like in 2013, the arrival for the third stage could be in Rzeszow, where this year Thor Hushovd prevailed. Then the fourth stage should be on the fast track in Katowice, where this year once again Taylor Phinney managed to beat all the sprinters with a remarkable final move. This means that the first part of the Tour de Pologne will feature four flat stages suitable for sprinters. After that we will head for the mountains, on the Tatra range; the fifth stage will probably set off from Zakopane to wind up with a circuit in Slovakia, which would be the first time this race touched down in that country. After this there will be the traditional reigning stage with the tough circuit at Bukowina Tatrzanska where the climbers and big guns will get their chance to attack before the grand finale in Krakow featuring a time trial of about 30 km, the same time trial in which this year the top riders rode a battle to the final second to capture the yellow jersey.” 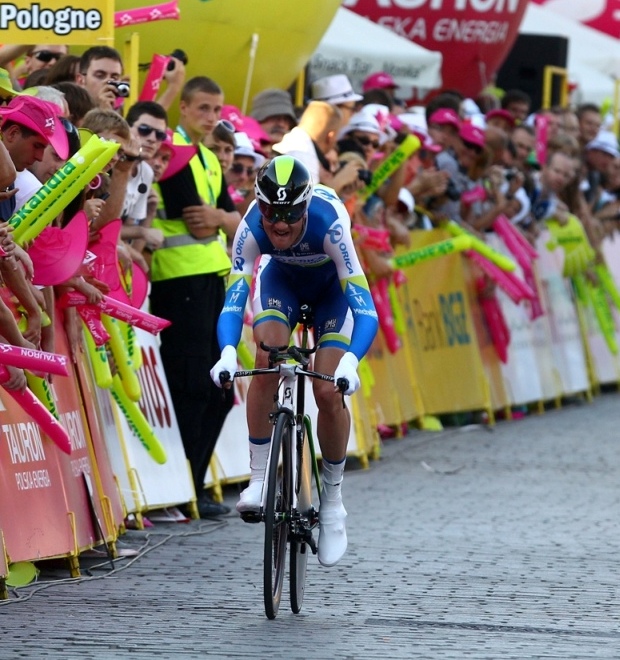 Lotto Belisol: On teambuilding with Wildtrails