The official debut by Rui Costa in LAMPRE-MERIDA

It’s time to watch racing the rainbow jersey, manufactured by Champion System with the logos of Lampre and Merida.
Rui Costa, the world champion, is going to debut in his new team: the appointment is set on the 5th of February in the first stage of Dubai Tour.

Team will be directed by Matxin, who’ll receive the support by masseurs Capelli and Del Gallo, by mechanic Romanò and Possoni, by doctor Guardascione and communication manager Appiani.

“I’m proud to race in this new event of the world cycling being the world champion – Rui Costa explain – We’re opening the edges of the cycling to new frontiers, it’s good to be here for the debut in my new team.
I spent the winter training in order to be ready for this season”.

The courses could be suitable for Pozzati, Cimolai and Ferrari, who all already raced in this season, while it will be interesting to evaluate the official debut in LAMPRE-MERIDA of Bonifazio and Oliveira. For Palini and Dodi, Dubai Tour will be the first seasonal race. 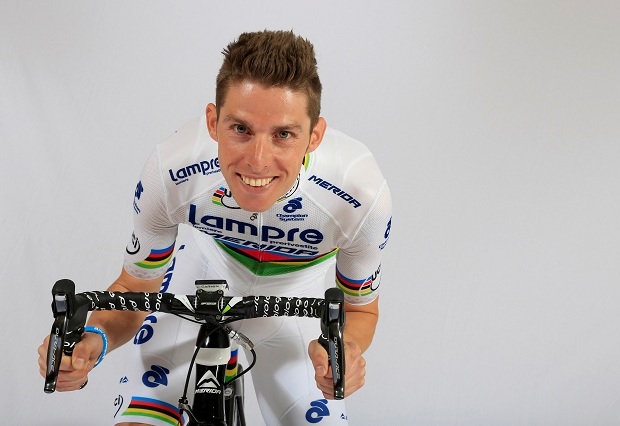