The opinions by the protagonist from LAMPRE-MERIDA

In LAMPRE-MERIDA’s balance in Tour des Flandres there are some highlights.

Some of the young guns of the team had the task of try to join the breakaways and they did it in the best way: Wackermann, Bonifazio, Favilli and Palini tried hard to get in an attack and Palini join the main break of the race. Ten riders and Palini, in fact, led the race for more than 100 km.
Two Italian riders, Cimolai and Modolo, that approached Tour des Flandres as an important test obtained interesting feedbacks.

Pozzato, 17th in Oudenaard (+1’25” to Cancelara), was the best Italian cyclist.
“I had good feelings, it means that the trainings I’ve been performing in the recent months were not useless, but despite this I can’t be competitive in the key moment, when the champions make the difference – Pozzato (photo Bettini) said – Today I was not tired at the arrival, but I could not give more than this, I could not be with the cyclists that battle for the victory. The gap, in Oudenaard, was not so large, I hope my group could overtake some athletes in order to aim to a place in the top 10”.

For LAMPRE-MERIDA, Cimolai too completed the race, obtaining the 91st place (+9’49”):
“My aim was to approach every hill or cobblestones sector in the head positions: you need good legs to do it, every approach is a sprint, but I managed to do it properly. Unfortunately, I had to stop to avoid to be involved in Devolder crash after the penultimate passage on Paterberg, then I could not recover the head group”.

Modolo was great for 200 km: “I had very good feelings, I had no troubles in being in the head part of the group and my legs were great. I was in the first 15 positions on the second passage on Kwaremont, then on Paterberg my energies vanished.
I’m learning a lot in this races and I think that my debut in Tour des Flandres offered me many interesting info that will be useful in the future”. 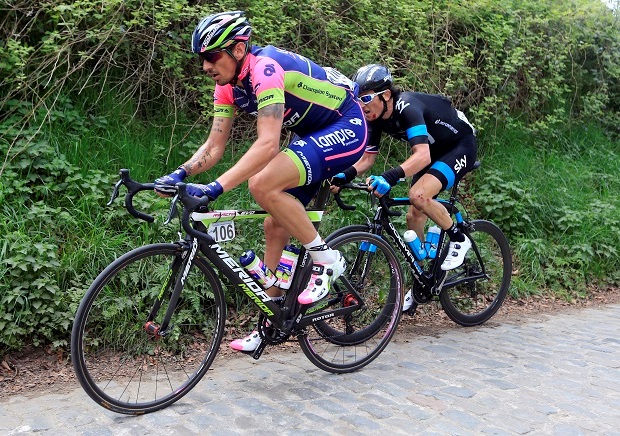 RusVelo wins all three main nominations of GP of Sochi