ORICA-AIS is bringing a team of opportunists to the Giro Rosa. Of the eight riders named to the team for the only women’s Grand Tour, two will make their Giro Rosa debut.

“The objective for the Giro this year is completely different to last year,” said Sport Director Dave McPartland. “We’re taking a team full of opportunists, who will be chasing stage wins. The GC would be a bonus.”

“I will be looking to give opportunities to the girls who so far haven’t had the chance to get results for themselves yet this year,” added McPartland. “ Obviously, I’ll coordinate that tightly. It’s not a matter of simply letting them loose to have a crack at it. We’ll look at each stage in detail to determine who is best suited to what. Over the eight day tour, there will be plenty of chances for the whole team.”

Although the team is not expecting to protect anyone in the GC, Cromwell and Gillow are two riders who could push themselves high into the overall rankings.

Cromwell, who will be competing in her sixth Giro, won stage five in last year’s edition in stunning fashion. Thought to be a day for the sprinters, Cromwell slipped off the front of the bunch early in the stage and soloed her way to victory. Her heroic ride saw her become the virtual race leader in the second half of the stage, but at the finish the peloton had reduced her gap enough to keep her from pulling on the Maglia Rosa.

“The best sort of finish for Tiff is to have her up the road and ahead of the overall contenders,” noted McPartland. “Tiff can fly under the radar slightly which could help slot her into a GC spot.”

Two years ago, Gillow won the second stage of the Giro after riding for 50 kilometres with two breakaway companions. On the final climb Gillow attacked her breakaway accomplices. Neither were able to follow. Gillow’s gap at the finish was enough to put her in the Maglia Rosa.

“With the time trial coming in the final stage, Gillow could have a chance of getting herself a good GC result,” McPartland explained. “She’s not only won a stage of the Giro before, but she’s also worn the leader’s jersey.”

The only two ORICA-AIS riders to win a stage at the Giro, Cromwell and Gillow will have to take risks in the first few stages to put themselves in a GC position worth defending in the latter half of the race.

“I’m not putting any eggs in the GC basket early,” explained McPartland. “If Tiff or Shara have a good stage and end up high in the GC, we’ll support them all the way to the finish. We won’t extend full protection early and then see how they do in the hilltop finishes. I expect there to be minutes between riders on the two summit days. Shara and Tiff will have to look after themselves and take risks, and then we will re-evaluate what we do from there.”

Hoskins starts her first Giro alongside her more experienced teammates. The Western Australian is the team’s only pure sprinter.

“Mel is our designated rider for the sprints,” said McPartland. “Obviously if the peloton is together at the finish, she’s it for us. She’ll get the full support of the team.”

Aside from the flat and mountain stages, there are in between stages that are less predictable and will be open for riders whose strengths fall outside a clear specialty.

“Spratty, Jess, Gracie and Gu are our opportunists,” said McPartland. “Those four can all win from a break, not a big break that ends in a sprint but a small break with three to six riders. In particular, Gracie and Jess can win in this scenario. Spratty is better suited to a stage that’s a bit more selective towards the finish whereas Gu has a good kick. She could prove quickest from a decent size group in her Giro debut.”

Gunnewijk, riding her fifth Giro, is the team captain. While welcome to pounce on personal opportunities, Gunnewijk’s main objective is to provide important leadership on the road.

“Loes gives the team the support they need to meet the team goals,” explained McPartland. “Like the others, she’ll have the option to seek out individual results, but she won’t have the pressure to do so. If she manages to get into a small break, I know that I can count on her getting a result every single time.”

Aside from the leaving the Giro with a stage victory, success will also be defined as giving riders usually considered domestiques a chance to chase personal glory.

“We want to win a stage, but we also want to see the girls on the team that usually work for their teammates’ results seize the chance to work for their own result,” said McPartland. “I want everyone to leave the Giro Rosa with the sense that there was something in this race for them and that made the most of their opportunities.” 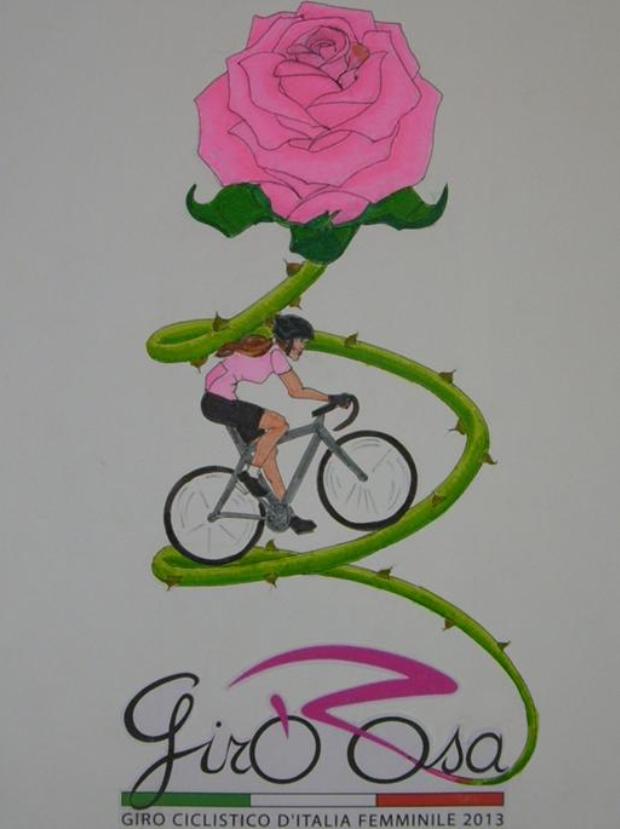