HotChillee today announces the official route for the tenth edition of The London-Paris. Stage One has changed significantly and now finishes in Folkestone. This stage is perhaps on par, if not harder than previous years but takes riders on a more scenic journey to Folkestone before crossing to France.

The riders will weave through roads in the Ashdown Forest, giving them a treat of scenic views. The 1km Green Sprint section will get their lungs working. This section determines who will wear the ICAP sprinter’s jersey. It’s then onto more green countryside, before hitting the Red section to battle it out for King of the Mountains. This section takes riders up the hill aptly named The Wall in Newbridge. The GC stage comes at 134km and this year is a short 4km dash for the Yellow Jersey. It’s then onto the home straight to Folkestone where the riding is done for the day but, before that, there’s one final sting in the tail as Knoll Hill gives riders’ legs a final test.

Stage Two takes riders 169.8km south from Calais to the historic city of Amiens. The route rolls through the beautiful French countryside, passing through many idyllic French towns. However, riders don’t have long for relaxed sightseeing as a mere 37kms in comes a significant climb and time to test legs on the 7km long Red section. Once riders have summited they have a 10km descent in which to recover and then it’s straight into the undulating GC section, lasting approximately 20kms. The ride then winds through Fressin and Vieil Hesdin before the Green sprint section. Shortly after the sprint section is a welcomed lunch stop in Frevent.

After lunch, with the race sections done for the day, riders will need to contend with the cross winds for the final 70km. This takes riders through Le Souich, Sorton and Poulainville. There’s a mix of climbing, flats and descents, with the final 20km into Amiens a much needed downhill section.

The third and final stage takes riders from Amiens to the centre of Paris. This is an extraordinary ride for all. The day starts with a steady climb south out of Amiens through Plachy-Buyon. After 25kms riders will have their last chance to compete for the prestigious Yellow Jersey. At the end of the GC section, it’s downhill through Abbeville, St Lucien and Bresles. Around 80kms in, the riders are met with the Red section for the final push to be King of the Mountains. Then comes a bit of light downhill relief and onto the Green section at 93km. It’s then an undulating ride to lunch. Following lunch, all 400 plus riders will ride together as one peloton. The remaining 40kms is a celebration of the previous days’ achievements and the Police Nationale escort riders into Paris with a Tour de France style finish and champagne reception.

Sven Thiele says: “Designing the route for The London-Paris takes a huge amount of organisation. We want to provide our riders with a good mix of riding – from tough climbs to fast flats, keeping them away from busy roads and allowing them to see some beautiful and interesting towns and villages en-route. Now in its tenth year, we continue to change the route every year to find the perfect ride.” 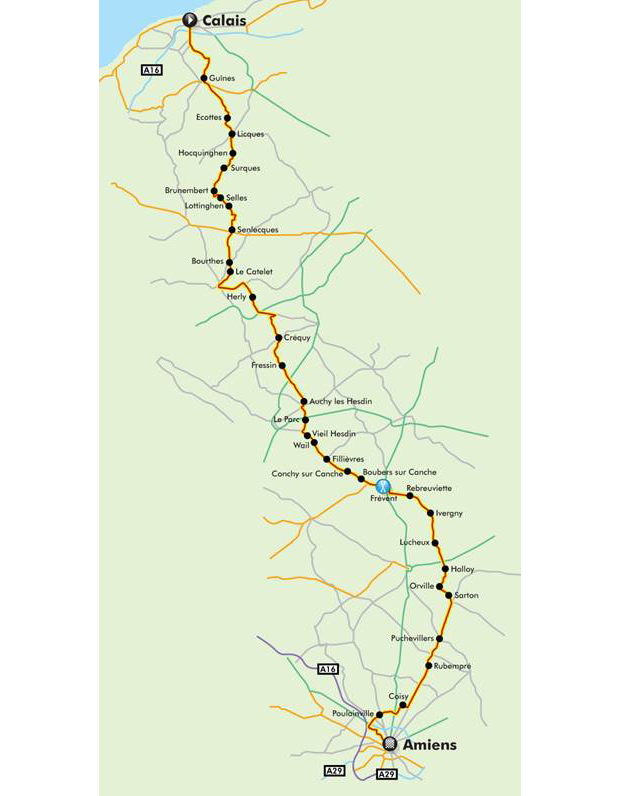 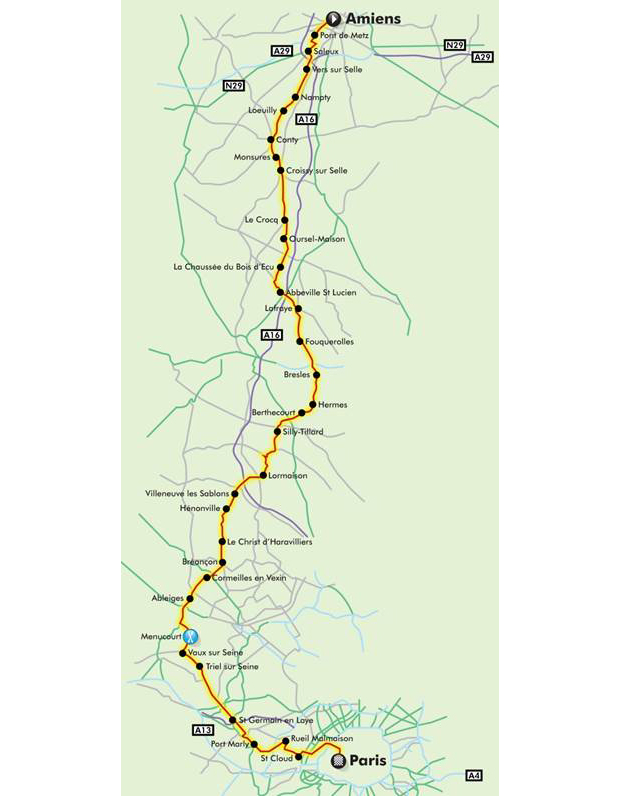 About HotChillee
HotChillee is a media, marketing and events company. HotChillee’s events include The London-Paris, Alpine Challenge and Cape Rouleur, forming the Global Event Series.

HotChillee also manages Cyclosport.org, the largest cycle listings website, the Cyclosport annual industry ride and is the official provider of the Tour de France Guide and merchandise for South Africa.

The aims of LAMPRE-MERIDA for the Slovenian race