With Sidi Shot, Michal Kwiatkowski becomes the first Pole in history to win the Milano-Sanremo.

There are some victories to be especially savoured; the Milano-Sanremo is one of those. On the roads of this “Classicissima di Primavera”, Michal Kwiatkowski (Team Sky) gave a masterful performance to become the first Polish rider in history to win the Sanremo. 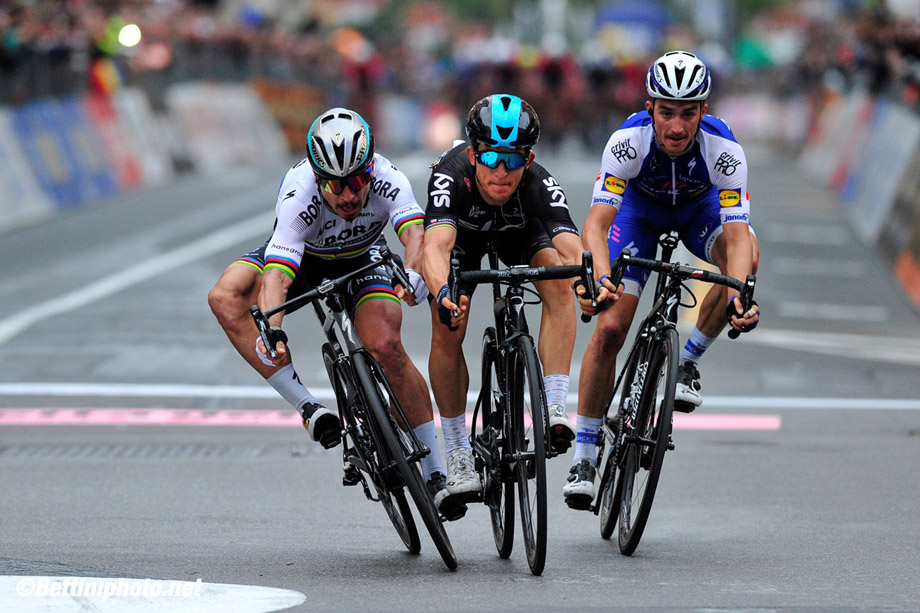 Sidi has thus left its mark on the first monumental classic of the 2017 season. In fact, Michal Kwiatkowski is wearing Shot shoes, the new, top-of-the-line models in the Sidi collection. The exclusive club of 5 monumental classics includes: the Sanremo, the Ronde Van Vlaanderen, the Paris-Roubaix, the Liège-Bastogne-Liège, and the Giro di Lombardia. 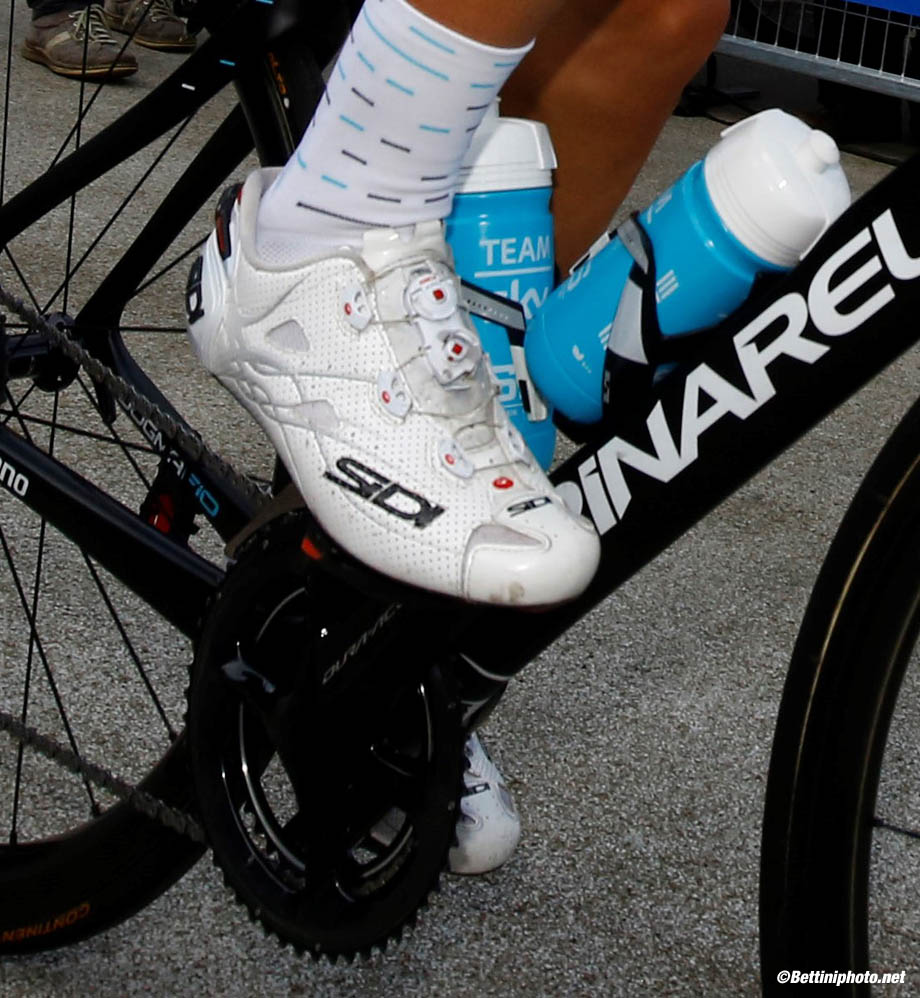 The 108th edition of the Sanremo featured an exciting finish. At the beginning of the climb on the Cipressa, after 260 km of racing and with all the best sprinters in the group still ahead, everything seemed to be leading up to a bunch sprint; but then, with 9km to go until the finish line on the final climb called Il Poggio, an attack be Peter Sagan blew up the race. Only Kwiatkowski and the Frenchman Alaphilippe were able to stay on his wheel.

The trio completed the descent with an 11” advantage, which was all they needed to make a play for victory. It was a challenge among champions: The 2015 and 2016 World Champion Peter Sagan against the 2014 Ponferrada World Champion Michal Kwiatkowski. The final result came in with Kwiatkowski first, Sagan second and the Frenchman third, with all three riders practically neck and neck over the finish line. 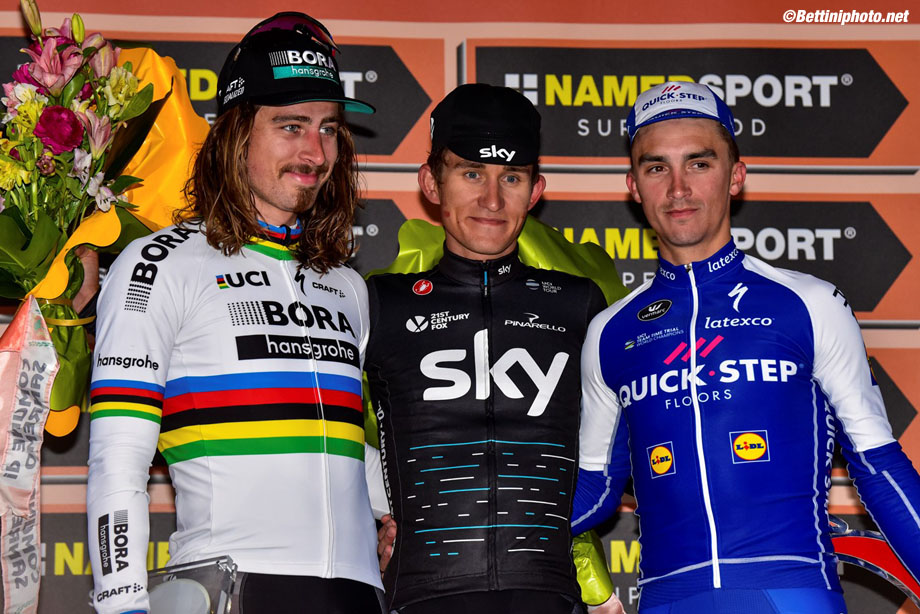 Sagan, who is Slovakian, and Kwiatkowski, who is Polish, have always been rivals, but with great mutual respect. “I am probably in a better position compared to the rest of the group to race against Sagan, because we have competed together since we were in the Juniors category. Half the group thinks that Sagan is from another planet; I think he is beatable. Ever since last year I have known that it was impossible to win by attacking alone; by following Sagan it could become possible,” said Kwiatkowski later during a press conference. This year he has already also won the Strade Bianche (for the second time, the first being in 2013). 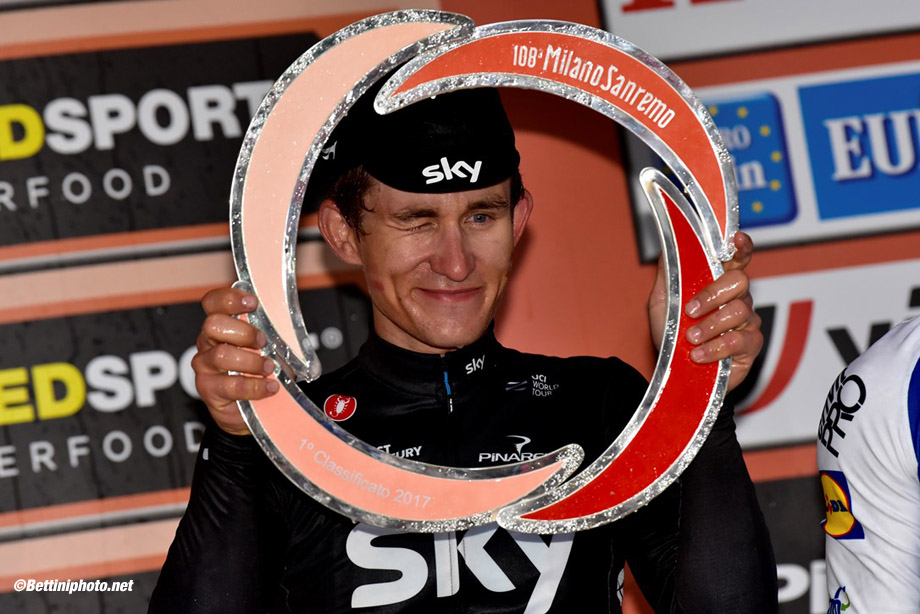 The rest is history. Yes, because this guy is writing the history of cycling in Poland. Sidi has always believed in him as a rider and we’ve supported him in all his greatest victories. Kwiatek is the first Pole who succeeded in the feat of winning the Sanremo. He was already the first cyclist from his country to win a Road World Title (Ponferrada 2014), and with the World Champion’s jersey in 2015 he won one Northern Classic, the Amstel Gold Race. However, we are sure that there are still plenty of important pages to be written in Michal Kwiatkowski’s book… the adventure has just begun. 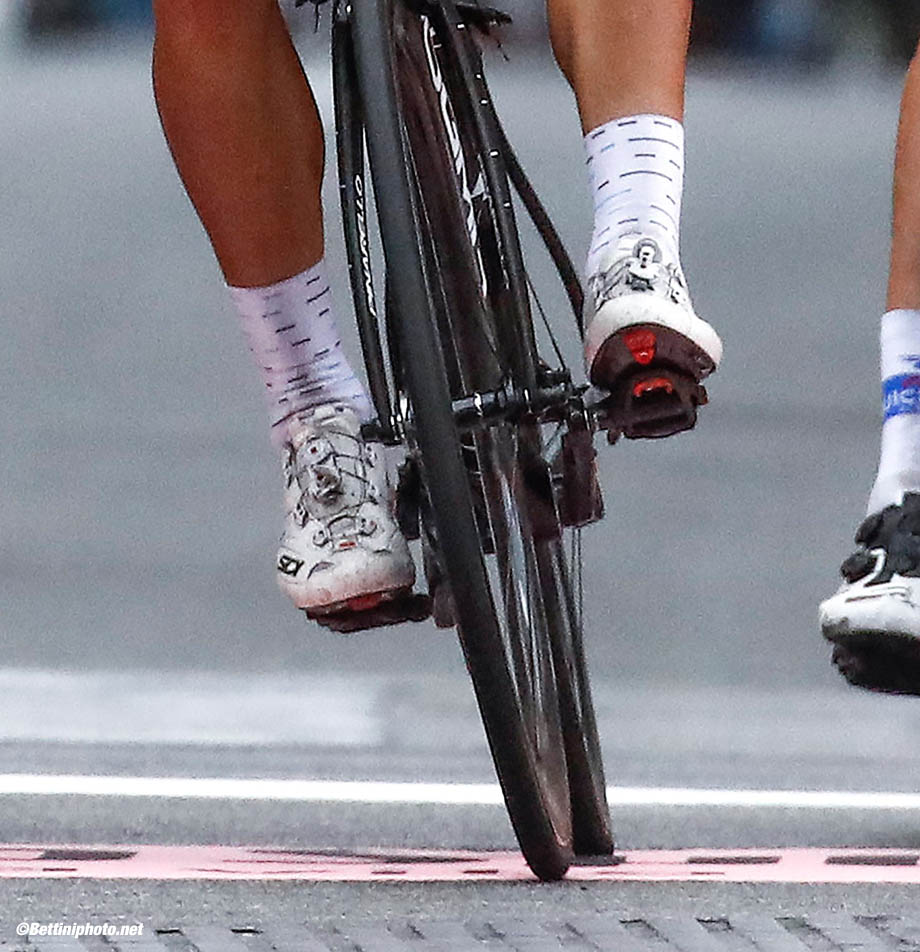