Team Novo Nordisk’s series continues. At the 3rd stage of the Tour of China the world’s first all-diabetes professional cycling team can celebrate not only the 3rd top-ten placement but also the 2nd podium. After 151 km (93.8 m) with start and finish in Pengzhou, Andrea Peron raced to place three just like in Xi’an at the opening of the Tour of China. And even more was possible at this 3rd stage. After a first-class preparation by his teammates and out of Martijn Verschoor’s slipstream the 24-year-old Italian was leading just before the finish, “but then the way was, unfortunately, a bit too far”, Peron frets about the missed chance for a first stage win. “I just wasn’t fast enough on the last few meters.” With this result Peron moves on 4th position in the GC with a gap of just 4 seconds to the Yellow Jersey of Benjamin Giraud from France. By this the stage victory in Pengzhou went to Alois Kankovsky of Team ASC Dukla Praha, the Austrian Daniel Biedermann of Team Vorarlberg came in 2nd. The convincing presentation of Team Novo Nordisk in China was completed by Martijn Verschoor who was 12th in the end.

Already during the stage, the world’s first all-diabetes professional cycling team dominated the race for long distances and was part of all breakaway groups. In the group of the day consisting of two riders, Team Novo Nordisk was represented by Javier Megias. Additionally, the 29-year old Spaniard gained 2nd in the mountain classification and stands a good chance in the fight for the mountain jersey. 20 kilometers before finish the breakaways were, however, caught.

Tomorrow’s 4th stage of the Tour of China with start and finish in Chengdu Dujiangyan is 101.7 km (63.2m) long. The largest difficulties of the day for the riders of the world’s first all diabetes professional cycling team lie in two mountain classifications of the second category after 21 and 91 kilometers. 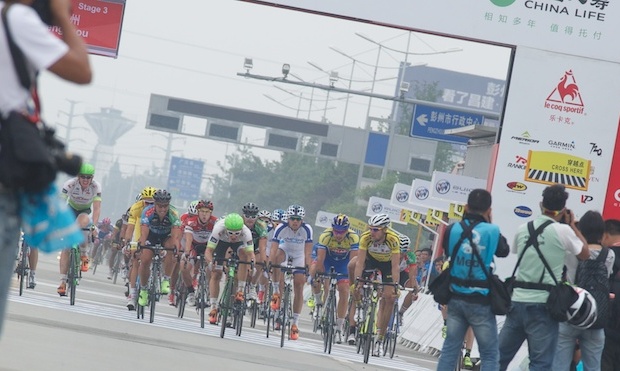