The Tour de Pologne Sets off Again from Krakow

After Trentino Tomorrow The Tour de Pologne Sets off Again from Krakow with Rafal Majka in the Yellow Jersey.
Czeslaw Lang thrilled with the grand start from Trentino.

After the great kickoff from Trentino in Italy, yesterday evening the Tour de Pologne caravan returned home within its national borders. After today’s day of rest the race will set off again tomorrow, Tuesday, July 30th, with the third stage from Krakow to Rzeszow Podkarpackie for a total of 226 km. After the Dolomite climbs of the first two days there should finally be some space for the sprinters in the group, but they’ll have to remain on the lookout for breakaways by daily attackers and another threat for everyone: the heat wave that’s been covering Poland these last few days.

In the meantime Rafal Majka (Team Saxo-Tinkoff) is enjoying the Skandia yellow jersey he rightfully earned on the Passo Pordoi.

“I’m happy to be back in Poland wearing this jersey that’s so important,” says Rafal Majka. “After these two difficult stages I feel good, I’m in good shape and I’m sure things will get even better as the days go on. Here in Poland now there won’t be any more major mountains but the classification is still wide open so my adversaries will definitely be trying to attack me and with just six riders to a team it won’t be easy to control the race. The goal is to make it to Friday’s start from Bukowina, the most difficult stage, with this jersey and try to defend it. Yesterday after the Pordoi I wasn’t tired because I was pumped up on the adrenaline of the race and the excitement for the yellow jersey. Today on the other hand I’m feeling tired but I’ve tried to relax and recuperate my energy and I’m sure that I’ll be quite ready for the start tomorrow; in fact, I can’t wait to set off again in front of the Polish crowds wearing this jersey.”

General Manager Czeslaw Lang also enjoyed a great sense of accomplishment in seeing his dream come true by celebrating the 70th edition of the Tour de Pologne with a kickoff from Trentino, in the temple to cycling that is the Dolomites.

“It seems impossible, yet the dream of taking the Tour de Pologne to the Dolomites became a reality,” explains Lang. “The project was made possible thanks to the synergy and collaboration with Trentino Sviluppo (Marketing Agency for the territory of Trentino), which in 2013 for the fourth consecutive year is an official partner of the Tour de Pologne, and all our other sponsors that support us with faith and commitment. Trentino provided two exciting stages both for the beauty of the landscape covered as well as the spectacle offered by the riders. We witnessed two stages that will forever leave their mark in the history of the Tour de Pologne. Add to this the satisfaction of having a Polish rider, Rafal Majka, wearing the yellow Skandia leader’s jersey. As of tomorrow we’re off again along the roads of Poland; the GC is still wide open and I’m sure we’ll be watching a great show all the way to the final stage.” 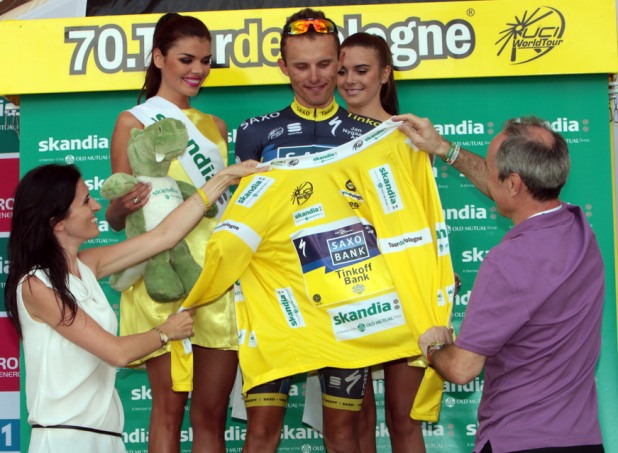 Photo of Rafal Majka in the yellow jersey. 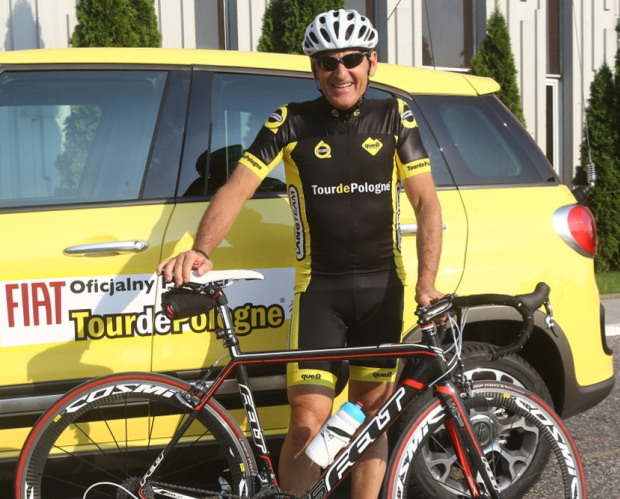 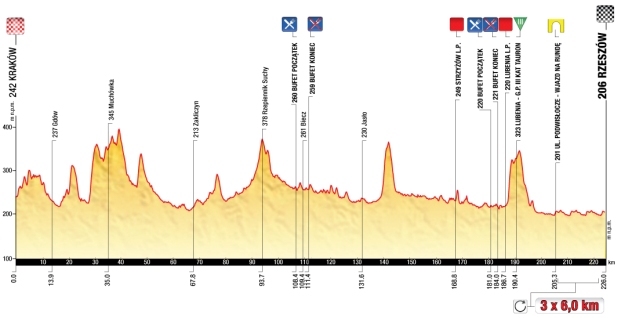 Altimetry of the third stage Krakow – Rzeszow Podkarpackie for 226 km

OPQS to Tour of Denmark

Toolbox: Jump In – The Water’s Great!