In 2018 the Polish stage race will ride to celebrate Poland’s 100 years of independence.

In 2018 the Tour de Pologne is once again reaffirming its position as the only Eastern European race on the UCI World Tour calendar; it is also the most important cycling event in this region. And that’s not all; nowadays the Polish stage race has become one of the most anticipated major cycling events held in the middle of the summer as a lead up to the Vuelta Espana and then the World Championships. Many riders consider this event as a race worth winning and a genuine season goal. Poland has also become a strategic step for riders who hope to end their season on a high note.

There are 7 stages on the program for the 2018 UCI World Tour de Pologne, which will be held from August 4 – 10 this year. This promises to be an abundantly symbolic and exciting edition. In fact, edition number 75 will mark the 90 year milestone for the Tour de Pologne. From its first edition in 1928, won by Poland’s Feliks Wiecek, the Polish stage race has spanned the 20th and 21st centuries to make it to our day and age. Furthermore, this year will feature corresponding celebrations to mark 100 years of Polish independence, 1918 – 2018.

Up until the end of the 2nd World War, this Polish stage race managed to be held five times before various catastrophic events led to this historically bleak period of conflict and upheavals that left a significant mark on the history of Poland and all of Europe. The Tour de Pologne then picked up again in 1947 and became a regular event starting in 1952; since then the race has taken place year after year without interruptions.

This event has enjoyed steady growth and also played an especially instrumental role in the development of the Polish cycling movement, enriching other aspects of this nation as well. With his commitment and hard work, Czeslaw Lang has been decisive in leading the Tour de Pologne into the modern age. In 2018 we will also be celebrating the 25th year that the Lang Team has been organizing the Tour de Pologne. 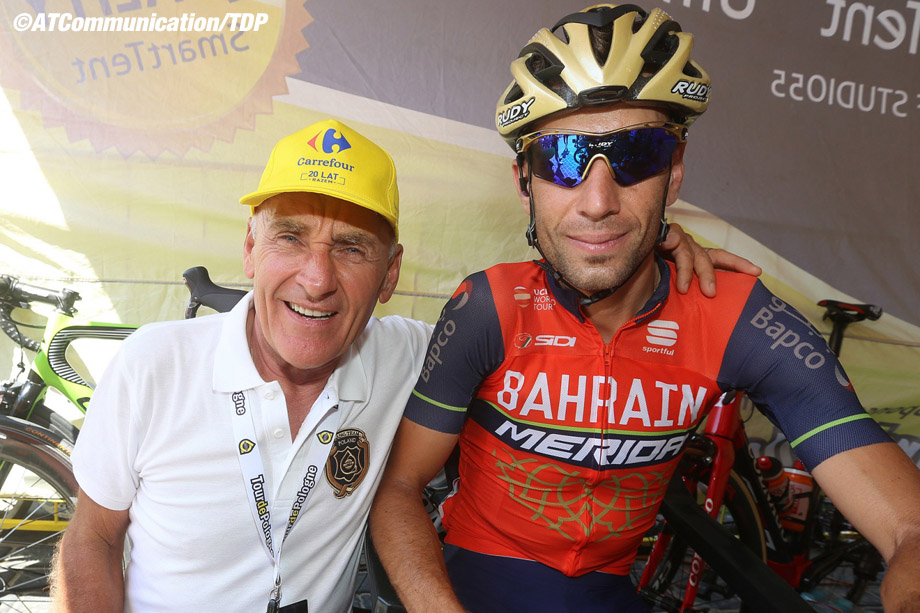 Czeslaw Lang with Vincenzo Nibali during the TDP 2017

Czeslaw Lang was a silver medallist at the 1980 Moscow Olympics, and the first East European cyclist to race as a professional beyond the Iron Curtain. Once he got off his bike, Czeslaw dedicated himself to the service of the Tour de Pologne, bringing with him all the experience he had attained riding beside great champions on roads all over the world, as well as his managerial vision of sports. Since he took over the race, the event has been growing steadily and today it has become an international phenomenon that has even made it into modern cycling’s elite league, the World Tour circuit.

“I’m the type of person who cares more about commitment and results, rather than numbers. However, the milestones in 2018 are too important and significant to go unnoticed. The Tour de Pologne is turning 90 and moreover it is the 100 year anniversary of Polish independence, which came in 1918 after a century of division between the Austrian-Hungarian Empire, Prussia and Russia. This anniversary has always been celebrated on August 11th, and in the hearts and souls of the Polish people the commemoration was able to survive the darkest years of Nazi occupation and then communism, until the date was officially reinstated in 1989. 2018 is an important year for the Tour de Pologne, but especially for Poland and our people. Not only that; I would say that 2018 is important for all of Europe, because for better or for worse, the fate and history of our nation has always been connected to the destiny of the entire continent. This year at the Tour de Pologne we will pedal contemplating the values of independence, freedom, spirit of sacrifice, brotherhood and unity. There will be 7 exciting stages, from the grand depart from Krakow up to the final finish line in Bukovina Tatrzanska, in the heart of the Tatra Mountains. There will be even more mountain stages to make the race even more spectacular and hard-fought. We are also working towards crossing national borders for one of the stages in the Tour de Pologne, as we have in the past,” explains Czeslaw Lang, General Director for the Tour de Pologne. 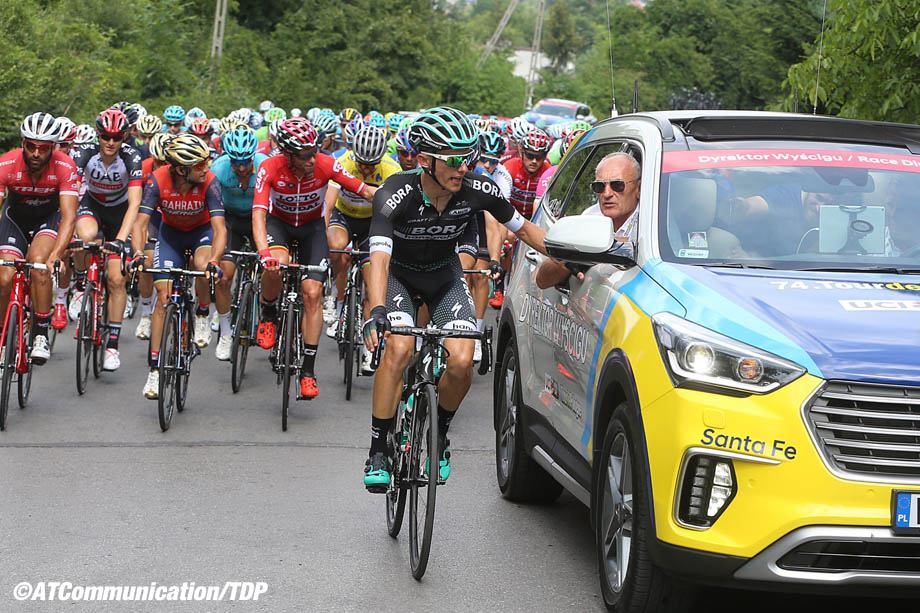 Czeslaw Lang in front of the group speaking with Rafal Majka

In a year that is so important for the Tour de Pologne and all of Poland, obviously there will be plenty of collateral events that will coincide with the race and enrich its schedule. Special among them is the mobile museum, set up by the Lang Team, which will be inaugurated on March 24 for the Bike Expo in Warsaw.

“With this initiative we want to spread the story of the Tour de Pologne across all of Poland, to reach the hearts and minds of people of all ages, because cycling is a sport that means a lot to everyone; this is shown by the remarkable crowds along the roads and significant TV viewership. People love cycling. From March to October the truck housing the mobile museum will tour Poland with a roadshow, touching down at various Carrefour shopping centres, which are a brand partner for the Tour de Pologne and of this event. Obviously the museum will also be attending the race. I think that through cycling we can tell a story about a historic age in our country. Just to mention an anecdote, I remember the essential role bicycle messengers played during the Second World War: they maintained communications across the front lines, delivering orders and messages; these heroes were riding around saving human lives and changing the course of history. In the museum inside the truck, the story of the Tour de Pologne will be told through displays of jerseys, bicycles and other relics; then there are photographs, books, newspaper articles and a significant multi-media exhibit with pictures and film aimed at transmitting all the excitement of the life of the Tour de Pologne,” says Czeslaw Lang.