The Tour de Pologne has travelled to Argentina, with General Director Czeslaw Lang paying a visit to the Tour de San Luis. The South American stage race that took place from January 18th to the 25th did, in fact, officially open cycling’s big season in tandem with the Tour Down Under in Australia. The Tour de San Luis saw 6 Pro Teams line up for the start. These riders represent the best in world cycling, but many national teams and other high-ranking formations also participated.

“I’d like to thank the organizers, who, through my friend Giovanni Lombardi – the coordinator for the European teams participating in the Tour de San Luis – invited me to this race and gave me the opportunity for this beautiful experience,” says Czeslaw Lang. “Like in any field, even when it comes to cycling it is always useful and constructive to be able to get to know new realities and different cultures, providing my own know-how and at the same time expanding my horizons and trying to gain new insight whenever possible. It’s about sharing and observing in order to grow and innovate; I think this is a fundamental aspect of sport as well. In Argentina I picked up on an extraordinary passion for cycling and, regardless of the aspects which inevitably make us different, the great enthusiasm and the desire to grow that you can perceive in this atmosphere is something that our two events definitely have in common.”

A significant Polish squadron could be seen in action on the roads of Argentina. There were six riders at the starting line, in addition to the Etixx – Quick-Step trio, captained by World Michal Kwiatkowski in his season debut, flanked by Michal Golas and the neo-pro Lukasz Wisniowski. There were also Przemyslaw Niemiec (Lampre Merida), last year’s winner in the Vuelta’s big stage at Lagos de Cavadonga, and another two young riders, Wojciech Migdal and Emanuel Piaskowy, from the Continental Israeli formation called Cycling Academy Team.

“We are reaping the rewards of all our hard work over these last several years; nowadays Polish cycling has become a solid part of the pack,” continues explaining Lang. “Kwiatkowski’s rainbow World Championship jersey is the most prestigious symbol of this trend, but it can also be seen in the many riders who are part of the strongest teams in the world, in addition to all the young riders who are growing with enthusiasm. 2014 was an extraordinary year; Kwiatkowski and also Majka, with his victories in the Tour de France and at the Tour de Pologne, have written some important pages. This year they will be expected to stay on top, and in my opinion I think they have all the skills they need to do so. I’m happy because in Argentina I saw a Kwiatkowski who is determined but serene, despite the responsibility that comes with the jersey he wears. I would say that he got off in the right gear by achieving a nice result in the time trial.” 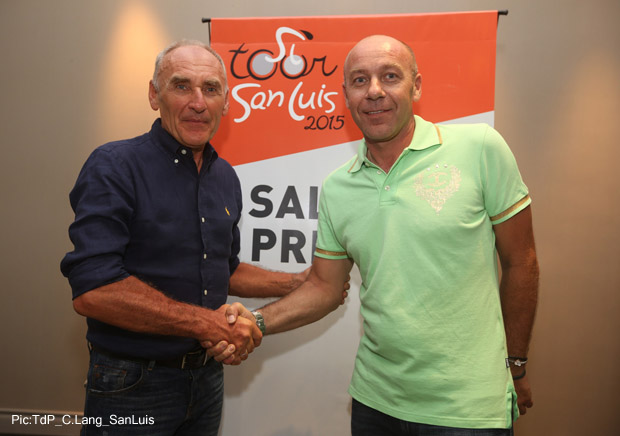