The Up and Coming Fabio Chinello

We sit down with athletic coach for Area Zero D’Amico Paolo Santello: the heart, mind and driving force behind the team.

The Area Zero D’Amico project revolves around the development of the young athletes that make up the ranks of the squad. Race after race, the 2014 season represented a growing curve for the all-Italian continental team.

Fabio Chinello is definitely a rider who has shown significant growth. Born in Brugine, in the province of Padua in 1989, he has already made it to the podium 4 times this year, and he’s been in the Top 5 six times, standing out for his brushes with success during his latest participations in high calibre races at the end of September, with a 5th place at the Coppa Bernocchi, the first test in the Trittico Lombardo series, and a 3rd place at the Memorial Pantani.

Meanwhile, someone who experiences the excitement at Area Zero very intensely is definitely Paolo Santello, the team’s athletic trainer, who works with the guys every day. Paolo Santello is not just their athletic trainer; he was born in Veneto di Pianiga (Venice), in 1951, and he, more than any other, has worked with commitment, passion and dedication to realize the Area Zero project, together with team managers Ivan De Paolis and Andrea Tonti. 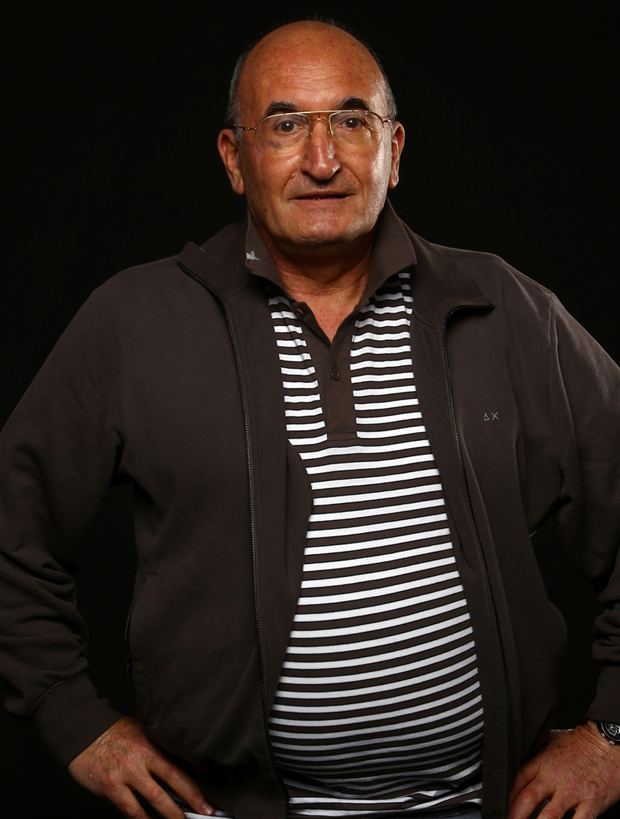 Santello, can we say that Area Zero D’Amico is having a good season?

“I would say so; the season is going very well for our team, and the last races on the Italian calendar in which we competed brought us some significant rewards, yet we know that there is still a lot of work to do. We’re keeping our feet on the ground. We’re a small team, but we have very clear cut ideas and overall, through our passion, hard work and commitment, we are asserting ourselves as a positive presence in the group.”

The last races shined a special spotlight on the name Fabio Chinello. What can you tell us about this guy?

“I’ve known Fabio for many years; I have been following him and working with him ever since he raced in the amateurs, where all too often he was considered simply as a sprinter for the classic, flat, fast circuits at the beginning of the season. However, I know that Fabio is so much more. This is why with him I’ve always insisted so much on the importance of working on his base, to acquire traction on harder and longer routes as well. He was a bit of a late bloomer, but now he’s reached a remarkable level. When we first started out with the Area Zero project I wanted him with us not only for his racing skills but also because I know that he is a serious guy and a hard worker. He has everything he needs to make it, both mentally and physically, but he needs to keep working with commitment and determination.”

So for you, what type of rider is Fabio Chinello?

“In my opinion, Fabio is more of a fast pacer than a pure sprinter. And that’s not just me talking; his results speak for him as well. The podium with his third place at the Memorial Pantani is a good result but I think he achieved his masterpiece at the Coppa Bernocchi. That day, in fact, lots of important riders fell off in the climbs, there were strong teams in the race, both Pro Teams and Professionals – there was the Italian National team trying out for the World Championship – and Fabio went head to head with the best, ending up jostling in the final sprint and even trying to win it.”

How do you think Chinello came to obtain these results?

“I would say that these results are no coincidence, but the consequence of how Fabio has matured this year, step by step. In the beginning of the season he wasn’t really sure of his possibilities, but everyone knows that it is never easy for a young rider to make that move to the pros. However, in the second part of the season things changed. As he raced he acquired the capabilities and automatisms he needed to stay out front with the best. Over all he convinced himself of his true abilities and he gained confidence. He lost a lot of weight as well, which was also due to the important work we did over the summer during our different mountain retreats in Bormio, but I think especially it was the experience at the Vuelta a Colombia that made something click in his mind. Putting himself to the test in a two-week race, which in certain aspects can be compared to a major stage race, he realized the importance of putting in the effort, of training a lot and racing a lot.”

“It’s too early to tell, we’re just beginning; there is still a lot of work to do, but he is definitely a rider who has what it takes to go far. However, without looking too far ahead now, we’re thinking about the upcoming races that await Area Zero in this season finale: the Giro dell’Emilia and the GP Beghelli. The race most suited to Fabio’s skills is definitely the one on Sunday, the GP Beghelli. We’re hoping to see him there out front again, riding a good race and keeping up with the best… end then, who knows? We aren’t setting any limits.” 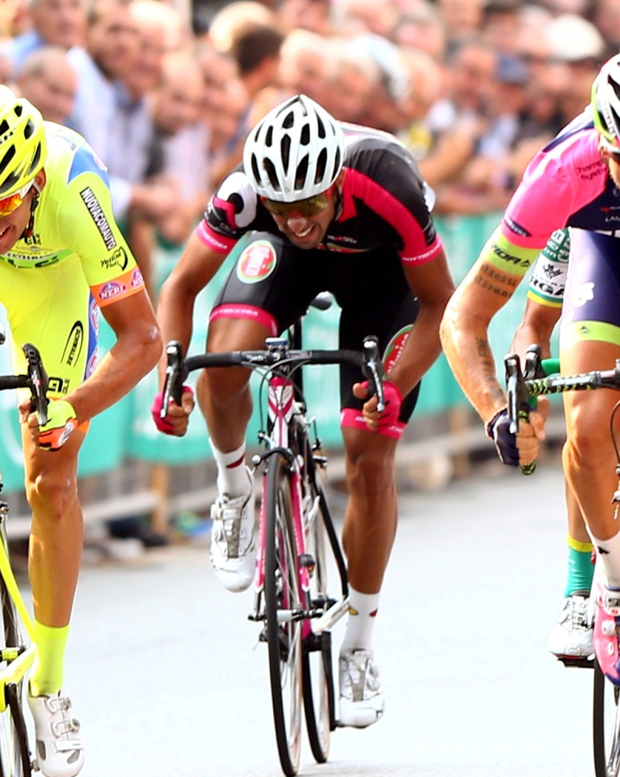 Tinkoff-Saxo with Breschel and Kreuziger as captains in Paris-Bourges