Time has Only One Master: Tony Martin!

For the third time in a row Germany’s Tony Martin, who rides for the Omega Pharma Quick-Step juggernaut, has captured the rainbow jersey as the World Champion in time trials. The World Championship belongs to him; time knows only one master. During the race his legs ran faster than the hands of the stopwatch and there is absolutely nothing his adversaries could do. 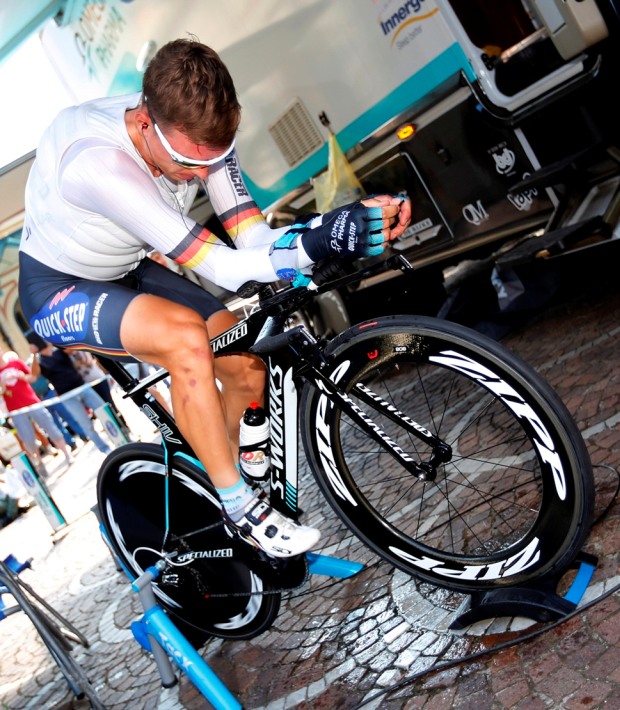 After Copenhagen 2011 and Limburg 2012, Tony Martin also dominated the World Championship in Florence; it was the longest course ever for a race against the stopwatch: 57.9 km, which the German covered in 1h05’36” at an average speed of 52.9 km/h. Two legends the likes of Britain’s Bradley Wiggins, who was second at the finish, 46” behind, and Switzerland’s Fabian Cancellara, in third place back 48”, tried their best but had to settle for the places of honour because Martin really was in a class by himself from the first kilometre to the last: he was much too strong, exceptional, and superlative. Tony Martin who, by the way, these last few days had also worked like a locomotive to pull his Omega Pharma Quick-Step team to success in the World Championship team time trials for the second year in a row. 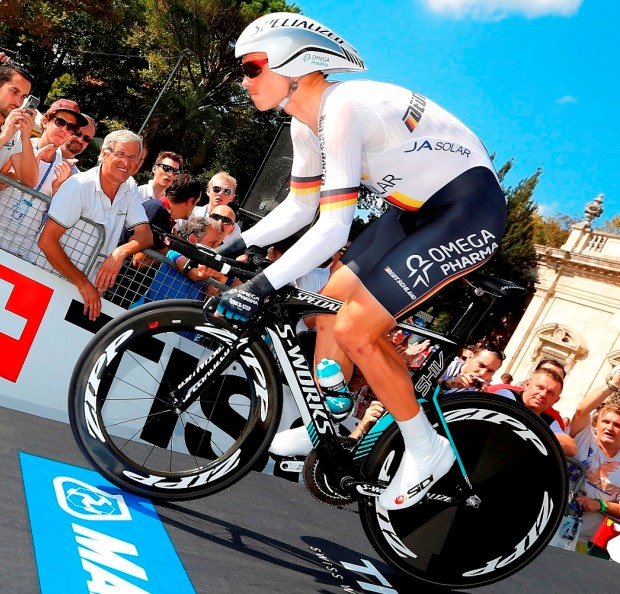 Against the splendid background of Florence for the 2013 Tuscan World Championships, Sidi Sport is also pleased as punch to celebrate this new rainbow jersey with their champion. Sidi Wire shoes, splashed with the championship rainbow colours in his honour, were with him in the race and on the top step of the podium. For time trial specialists like Martin every minimum detail is essential in the continuing challenge against the stopwatch and the fractions of a second; this is why it is fundamental to be able to count on extremely lightweight and high performing shoes like Sidi Wire, the top of the line models in the Sidi Sport collection for road racing. Congratulations Tony! 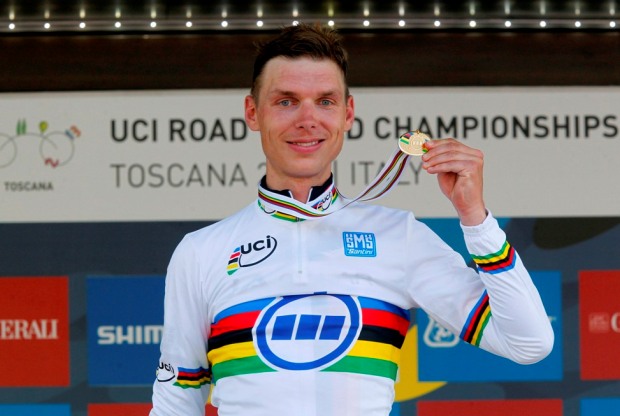 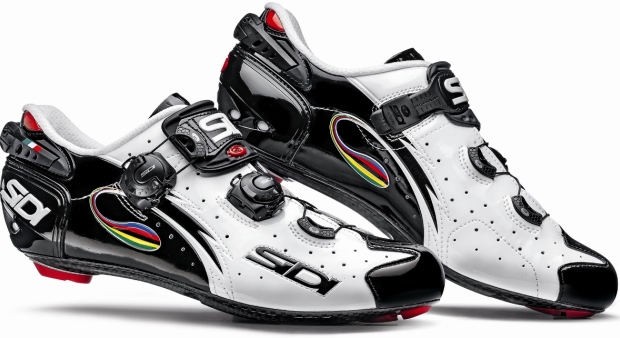