Tinkoff Lines Up at Trio of Italian Races

Fresh from his recent overall victory at the Giro della Toscana, racing for the Italian national team, Daniele Bennati comes to Tre Valli Varesini looking to continue his run of strong form. He is joined by Roman Kreuziger at the head of the team for this first race, together with a strong line-up capable of both attacking and controlling the race. The roster is completed by Manuele Boaro, Michael Gogl, Jesper Hansen, Sergio Paulinho, Pawel Poljanski and stagiaire, Lorenzo Fortunato.

“Tre Valli covers 78km on a large circuit before the race hits nine laps of a smaller, 12.8km lap similar to that from the 2008 world championships,” explains Sport Director for the Italian trio of races, Lars Michaelsen. “We will try to look out for the dangerous early breaks with, say, half the team and then the others can save their energy for the finale. There are some climbs on the finishing circuit so we’ll try to stay fresh for that, and keep Daniele and Roman out of trouble until then. Michael Gogl comes out of the Vuelta a España really motivated and, together with Jesper Hansen who returns from injury, is a contender for the moves on the final circuit. We want to be there contesting the win.” 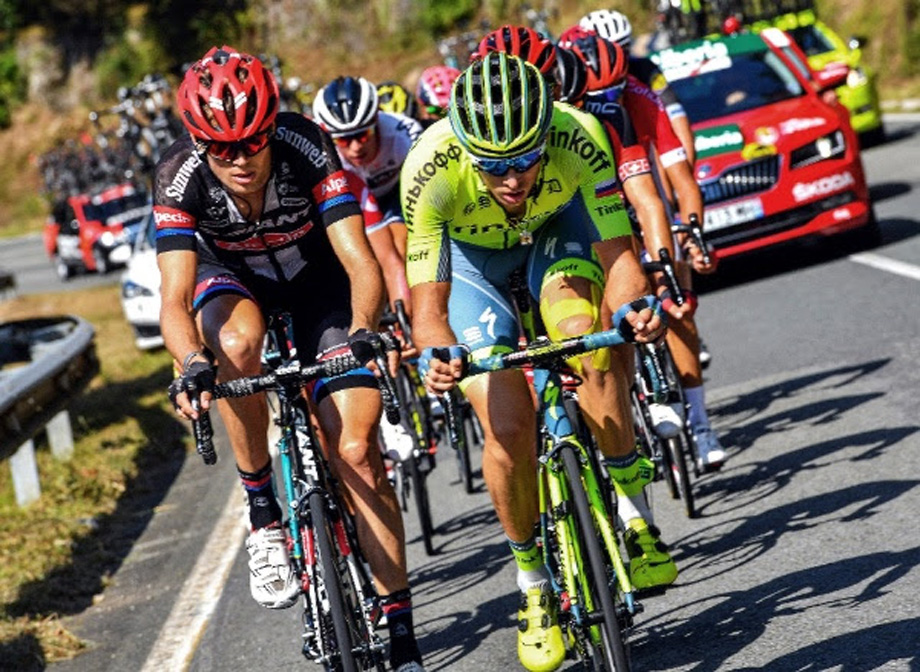 The following day, the team heads to Milan for the 97th edition of Milano-Torino, a race that saw Tinkoff finish in second spot last season with Rafal Majka. Starting on the south eastern edge of the Italian city, the race heads south west towards the tough finishing circuit around Turin.

“Milano-Torino is a more straight forward race, and one we’ve again got a team that can challenge at,” Michaelsen continues. “We pass the Superga climb twice in the last 25km, once not all the way but then the second time goes to the top, so this can be decisive. Much like the day before, we will save some cards for the end with Rafal, Roman and Jesper suited to this kind of finish.” 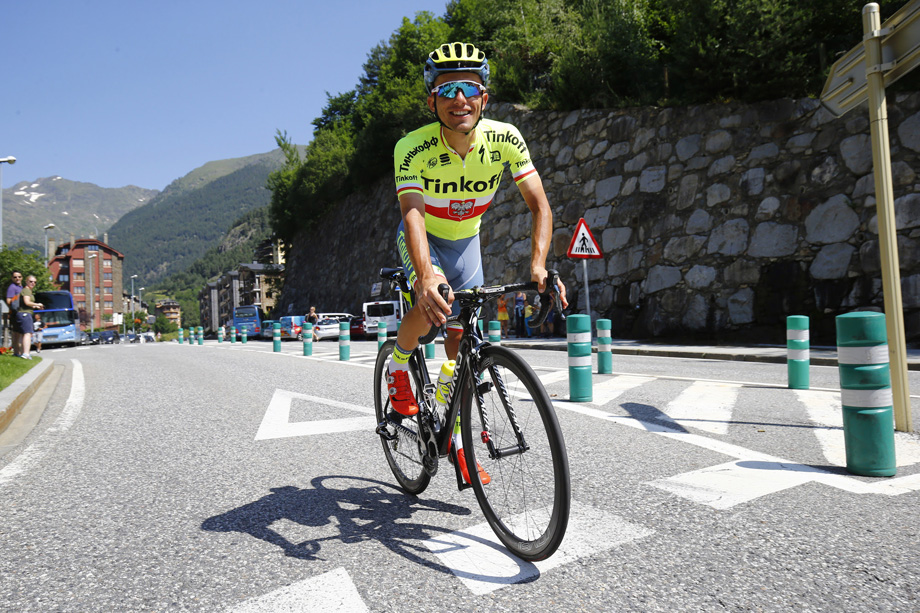 The third of the three races is the Giro del Piemonte on Thursday, a 207km point-to-point race that Daniele Bennati has twice won previously, in 2006 and 2008, with the Italian finishing 7th last season.

Daniele returns here after not racing Milano-Torino, and is joined by two sets of fresher legs in Erik Baška and Juraj Sagan. The team is then completed by Manuele Boaro, Michael Gogl, Matteo Tosatto, Michael Valgren and the stagiaire, Davide Ballerini.

Looking at the plan for the race, Michaelsen says: “The last of the three mid-week races is Piemonte where we often see a sprint deciding the outcome, but the weather can also play an important factor in the race. Benna has won here before so he knows what it takes, and he’s motivated and racing well, and within the team he’ll have Erik and Juraj to help too who come into the team for this race. 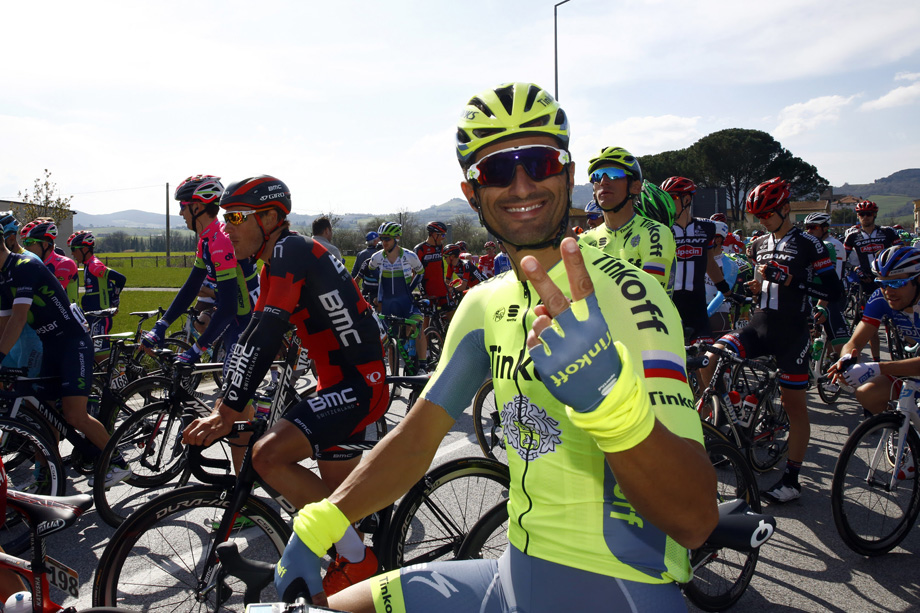 An on-form Daniele Bennati returns to Giro del Piemonte having won the race twice before. Photo by Bettini Photo

“In my perspective, when you get to this stage of the season you have to consider two possibilities because people are tired after a long year. If the early break has the right composition, then it can go all the way to the finish. Also, you have guys who are still fighting for a contract and will give everything if they get away as they’re super motivated, so it’s quite hard to predict what will happen in these types of races compared to early season. We will go in with a plan and be ready to react, and hopefully by the end of the three races we will have achieved some strong results.”

The three days serve as a taste to the action coming at the weekend, with the final WorldTour race of the season, Il Lombardia, on Saturday. 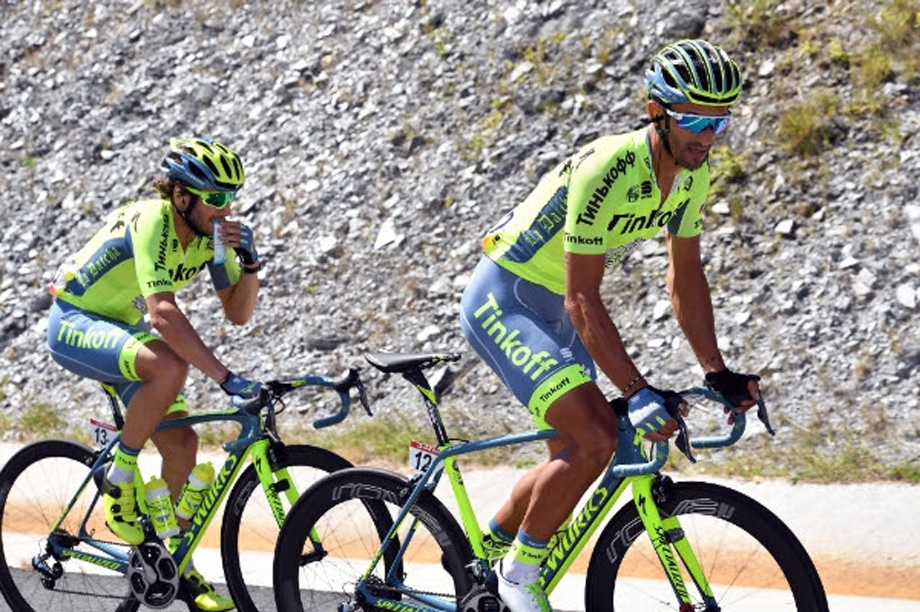