The full 2015 roster of Tinkoff-Saxo and Tinkoff Sport will embark on a six-day team-building trip at the end of October. The 80-strong group will take the challenge and climb to the top of Africa’s highest mountain, which at 5,895 meters is also the highest free-standing mountain in the world.

Less than two weeks after the conclusion of the 2014 racing season, the entire staff of Tinkoff-Saxo and Tinkoff Sport will gather in the city of Moshi, Tanzania in order to start a six-day team-building exercise that will see them reach the summit of mount Kilimanjaro at 5,895 meters. It will be a unique opportunity to strengthen team spirit and help incorporate the new recruits, across all departments of the team.

The expedition will start on November 1st at the Machama Gate (1,828m) of the Mount Kilimanjaro National Park. After four long and strenuous days with 6-8 hours of trekking each day, the group will reach the Karanga Camp (4,040m) and rest. At around midnight on November 4th, the group will quit the camp and via the Stella point (5,752m) will head towards the summit. Depending on weather conditions, the 80 members of Tinkoff-Saxo and Tinkoff Sport will reach the highest point of Africa in the morning of November 5th. 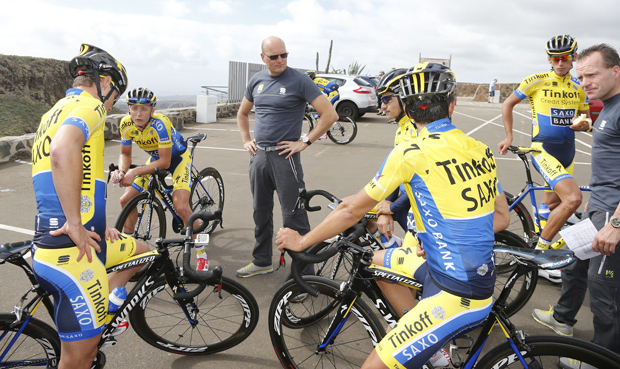 Bjarne Riis, Team Manager, commented on this trip: “I’m very excited to have this opportunity to take the entire team on a team-building trip to Africa and climb, all of us together, to the top of mount Kilimanjaro.

Since quite some time now, a number of Tinkoff-Saxo Team members have been asking me to organize a team-building trip. I talked to the management, I got the green light from Oleg Tinkov, and I started planning it. This will be a very good challenge for everybody and I look forward to seeing how the team reacts under this kind of stress and difficult conditions, climbing in such high altitudes.

For me, it is the team that has a bit of everything; points, victories but also members that are proud to be a part of it. We want a team that has values and works with values and a trip such as this one will help us create a very strong and united group.” 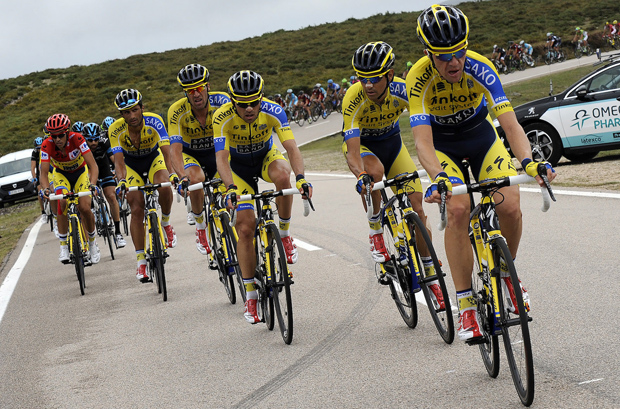