With three flat sprinters’ stages out of four at the highly anticipated inaugural Abu Dhabi Tour there should be plenty of terrain for Peter Sagan to make his mark on the race wearing his rainbow stripes for the first time. Tinkoff-Saxo lines up a squad of six riders assembled to offer Peter Sagan maximum assistance in the fast action.

On the verge of his first race as World Champion, Peter Sagan notes that he feels excited about taking to the roads of Abu Dhabi.

“I am intrigued by this new race in Abu Dhabi and it is always nice for the sport of cycling to visit new places and reach new fans. It will be my first race wearing the World Champion jersey and I will do my best to honor it”, comments Peter Sagan.

With stages 1,2 and 4 offering mostly flat roads and fast action with possible crosswind conditions, team sports director Tristan Hoffman is clear in his verdict of the team’s goals.

“Our ambition is to win a stage with Peter Sagan. This race concludes the 2015 season and we enter it with hopes of making our mark on the action. It will not only be nice to win here but it will also be a special occasion, as it’s the first time that Peter will ride in his rainbow jersey. If we can win, that’s another question – the competition is hard and many riders want to finish the season with a win. However, Peter has a first class lead-out man in Bennati and the team is motivated”, says Tristan Hoffman before adding:

“Stage 1,2 and 4 are mainly flat, while stage 3 finishes on top of a hard climb. On the flat stages, we have to be aware of any crosswind, as there are a lot of kilometers in the dessert with open terrain. If there’s wind, the flat stages can become very hard. We have to be at the front of the action but we’ll see how our exact approach will be depending on how the stages evolve. Stage 2 starts at the Yas Marina Formula 1 circuit, which is pretty cool but we naturally have our focus on the stage finishes”. 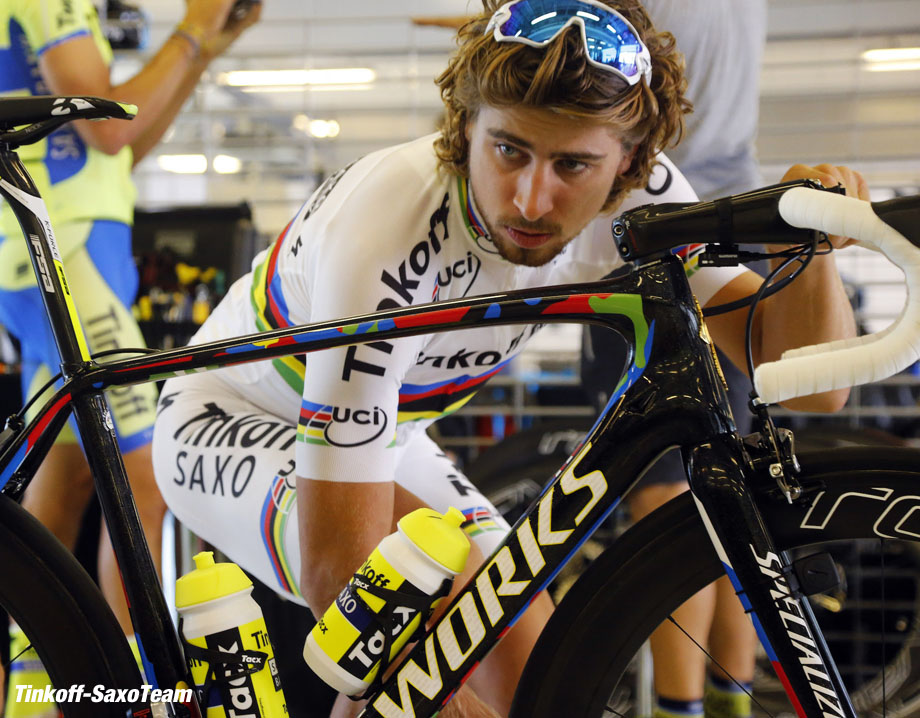 Tinkoff-Saxo is a UCI WorldTour pro cycling racing team that is owned by Russian entrepreneur Oleg Tinkov with the explicit aim to become the greatest cycling team in the world.