Tinkoff-Saxo: Preview of Tour of Dubai

Wednesday afternoon, Tinkoff-Saxo will be taking on Tour of Dubai with a roster consisting of Bruno Pires, Ivan Rovny, Jay McCarthy, Matteo Tosatto, Michael Valgren, Oliver Zaugg, Nikolay Trusov and Rory Sutherland. The race contains of short stages but cross wind sections could be a crucial factor and eventually have a major impact on the GC.

To support our boys, DS Tristan Hoffman will be calling most of the shots and he has a clear plan with the race:

“The boys here are excited about doing this new race. The first stage is a time trial over 10 kilometers and the boys will go full gas. After the TT, we’ll see where they are in the GC and make a more detailed plan from there. For Michael (Valgren), Rory (Sutherland) and Nikolay (Trusov) it’s the second race of the season so they have some race kilometers in the legs and hopefully that will be an advantage for us. The other guys are coming straight from a training camp in Gran Canaria and they’re eager to launch the season. The primary goals are to win a stage and get a top 10 position in the GC,” states the Dutch Tinkoff-Saxo DS.

The race lasts until Saturday 8th of February. 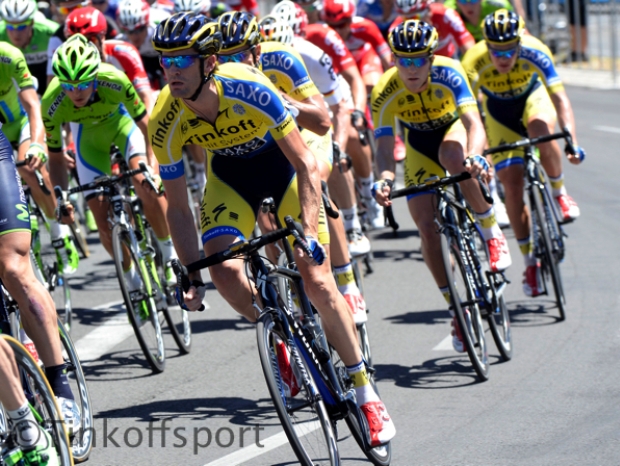