Tinkoff-Saxo is proud to officially announce that Peter Sagan will join the team in 2015. The Slovak star and Tinkoff-Saxo have signed a 3-year contract with the shared ambition of further strengthening the team and taking the career of the three-time green jersey winner to an even higher level.

Bjarne Riis tells that Sagan had many suitors but the team manager was certain that Tinkoff-Saxo and Peter Sagan was the best match.

“We are happy and proud to present and welcome Peter Sagan on the team in 2015 on a long-term 3-year contract. Peter is without doubt one of the biggest talents in cycling and one of the biggest names already. He has a winning mentality, he’s visible and active in the finales and he, without doubt, has the ability to bring home victories”, says Bjarne Riis. 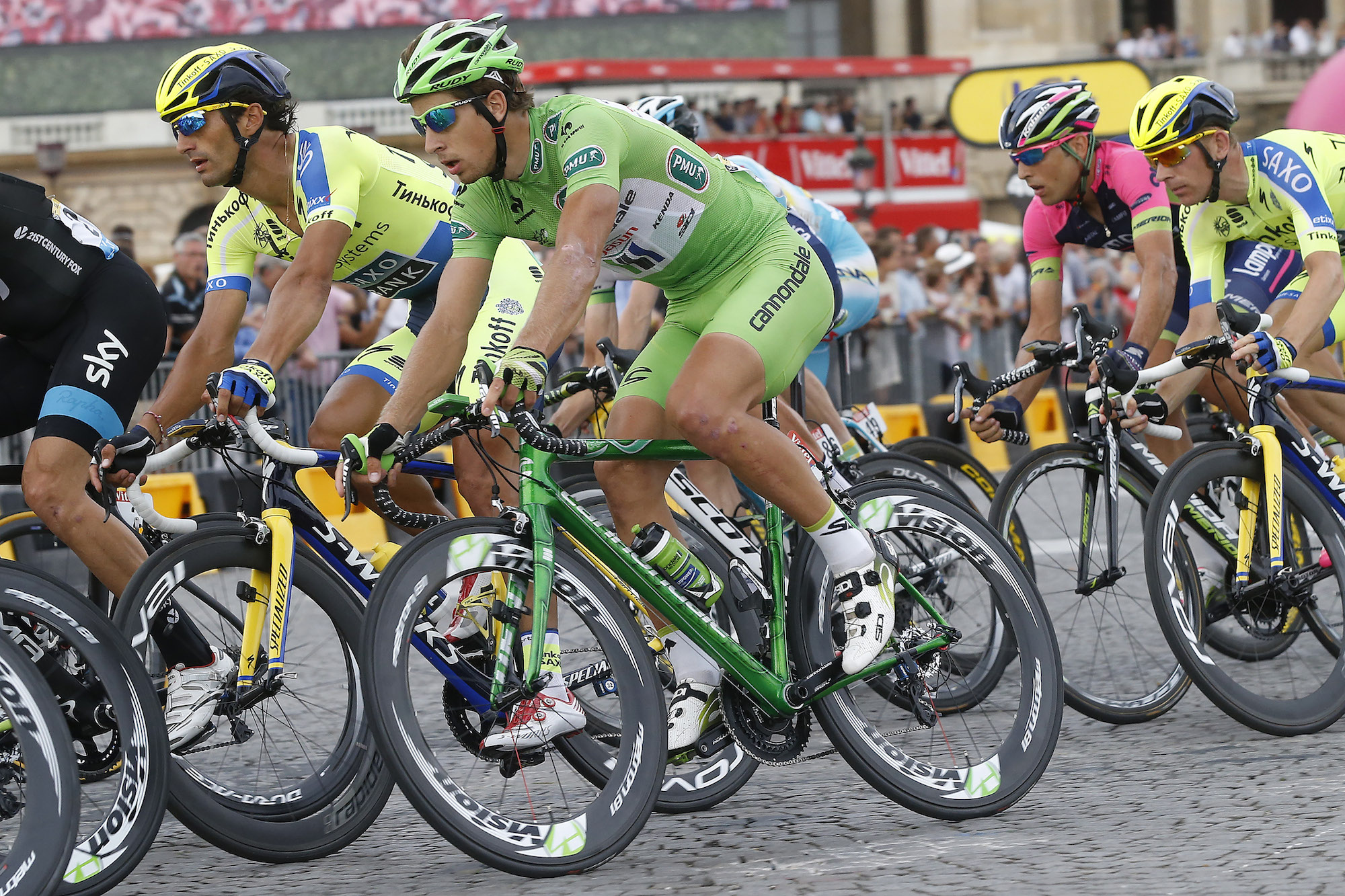 The new signing equally pleases team owner Oleg Tinkov, who was one of the main driving forces behind bringing Peter Sagan to Tinkoff-Saxo.

“Peter Sagan is a great rider and it is my honor to have him on our team. I believe that Tinkoff-Saxo is the best team for Peter and I’m absolutely sure that he’ll win many races with us. I am excited”, concludes Oleg Tinkov, as he welcomes the Slovak champion. 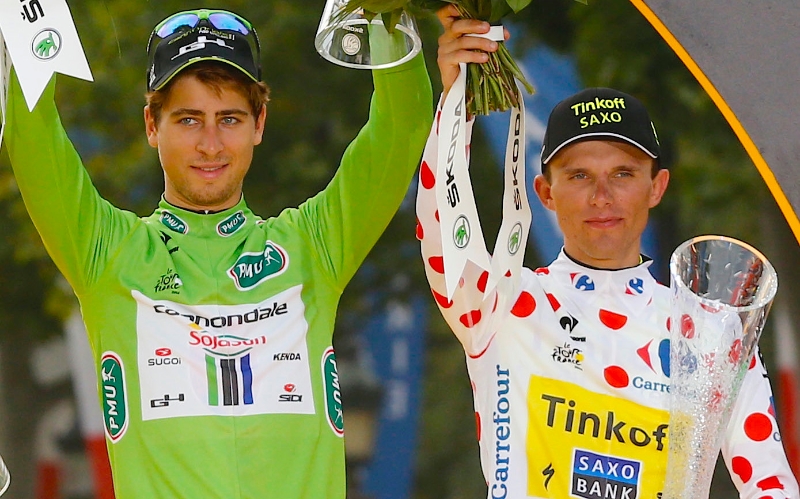 As a combined sprinter, puncheur and classics specialist Peter Sagan has, despite his young age, emerged victorious in an array of different races including three points classifications in a row at Tour de France, seven GrandTour stages and several one-day races. But Bjarne Riis sees further potential and room for improvement when looking at the 24-year old Slovak champion.

“It will be exciting to work with Peter also for me personally. He has a huge talent and he’s already very strong but I believe he has even more potential than what we’ve seen so far. He still has a lot to learn about the tactical aspects of cycling to fully optimize his power but I believe that we are fully able to help him improve even more. Next year, we’ll have a very strong team to support him and to aim for big wins throughout the season”, concludes Bjarne Riis.