Ivan Basso was diagnosed with a tumor in his left testicle and has to undergo operation for its removal. According to Tinkoff-Saxo doctor, Piet De Moor, “on stage 5 of the Tour de France, Basso suffered from a minor crash in which his left testicle was slightly injured. As the pain persisted, a lump was discovered and following further examination on Monday morning at the hospital in Pau, the presence of a tumor was confirmed.”

Further treatment will be decided, depending on the final diagnosis.

As a result, Basso will not continue racing in the Tour de France and will return home as soon as possible.

Steven de Jongh, Head Sport Director of Tinkoff-Saxo commented: “As everybody understands, today is not a day to speak about the Tour de France, the days ahead or Alberto’s main rivals on the mount stages. All that is irrelevant and we are all here solely to support Ivan. The entire team hopes to meet him again in Paris and hand him the yellow jersey.”

Team Leader, Alberto Contador, stated on the news: “On behalf of the entire team I’d like to say that it has been a blow to all of us. We never imagined such a thing would happen. Ivan’s health is the absolute priority and he has to undergo all the necessary tests to find the best solution. I’d like to stress that the entire team will give its best in order to get the yellow jersey and enjoy it in Paris with him.

During the 120 days that Ivan and I spent together, over the last 180 days, I was able to see what a great champion he is. I’m sure he will overcome this and we will see him in two weeks in Paris.” 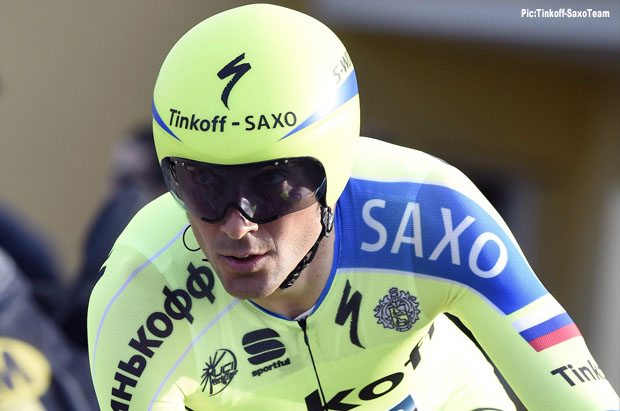 Conclusion of the first Tour de France week: BORA – ARGON 18 is on track