This Sunday, this year’s series of spring classics comes to an end in a big way celebrating the 100th edition of “La Doyenne”, Liege-Bastogne-Liege with its 262.8 kilometers containing 10 named climbs. In addition, there are a myriad of small hills that slowly but surely wear out the legs and leave only room in the finale for the strongest riders in the race.

Looking back, the Belgian phenomenon, Eddy Merckx, ruled the race and took no less than five victories. In 1980 the race was struck by blizzards of which Bernard Hinault took advantage with a solo attack 80 kilometers from the finish line leading him to victory with a margin of 10 minutes to second place. Now, time has changed significantly and even though the peloton is still split to pieces, you most often see just a handful of riders approaching the finale sprinting it out.

“First of all, we’re very happy to have Michael back with us., It’s good for him and of course it’s good for the team with his experience and obviously his powerful riding. His presence will be essential for us in the weeks to come. The goal in Liege is to support Roman in our quest to win the race. The weather can have a huge impact on the outcome and on our race approach and the forecast is constantly changing. We have to play our cards just right as Gilbert, Valverde and Gerrans probably want to try and keep everything together for a sprint-out but I think the winner could be an outsider this year,” Mauduit concludes. 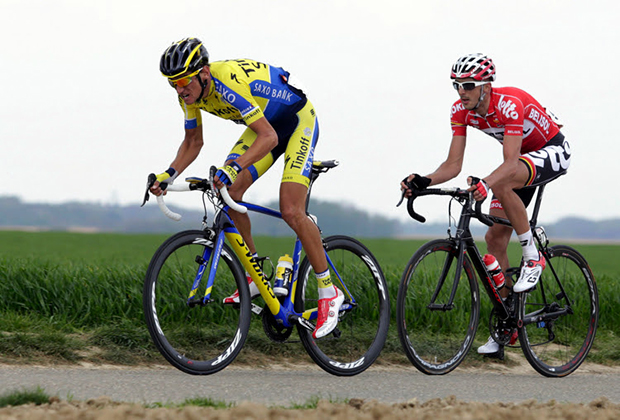