The young British champion continues to impress and takes home the 9th round of “The Tour Series” Challenge.

Tom Pidcock has won again, and he continues his race towards more and more important milestones. World Champion, current Junior European Champion in cycle cross and winner of the last edition of the Paris-Roubaix in his class, the strong British rider continues to offer amazing performances on his native roads as well as beyond borders.

After making a huge splash in the last several months, collecting prestigious results in the Junior category, last weekend Pidcock realized his ambition to continue to win even among the pros. He and his team, Ph-MAS/Paul Milnes/Oldfield ERT wear the RPM Cycling brand, and they were invited to the city of Durham to participate in the 9th round of “The Tour Series”, the British stage challenge started in 2009 that has grown to include the participation of important teams and professional cyclists. 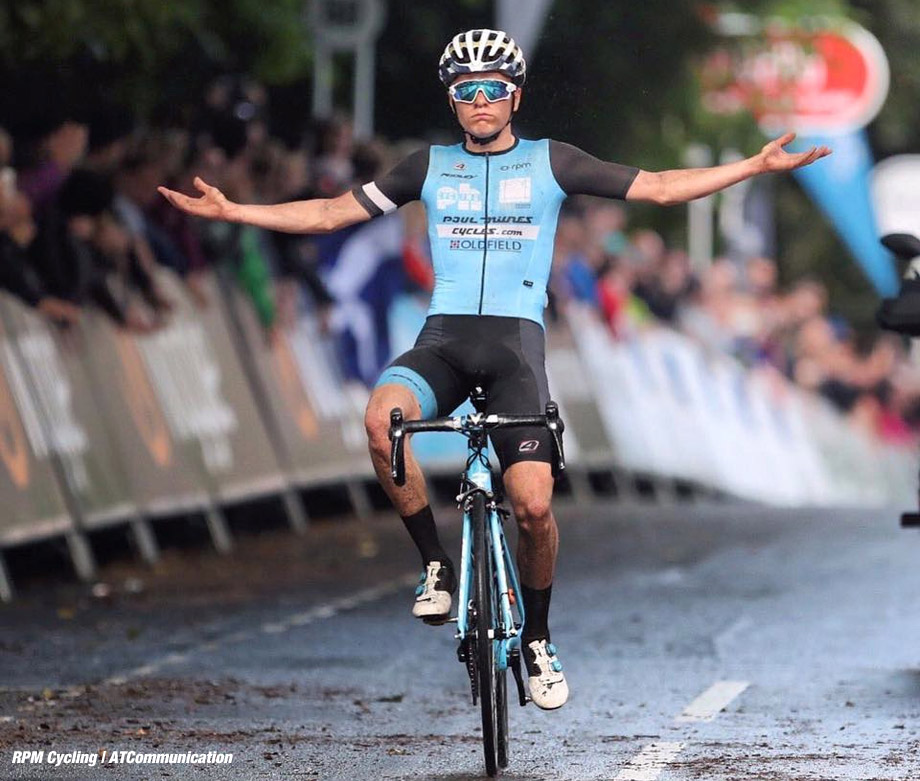 In spite of incessant rain that fell for the entire race, Pidcock managed to create a vacuum with a decisive break away from his attacking companions. In the final the pack of chasers tried to bridge the gap with the young English champion but Pidcock was able to administer the advantage he had accrued and crossed the finish line all alone, arms in the air.

“The energy from the crowds at the race was truly incredible; it was fantastic to win in front of all these people,” declared Tom Pidcock after his victory. “Initially the race strategy was that I try to attack only five laps from the finish, but I noticed that the pace was starting to lag and I decided to go for it. Winning a race at this level is really incredible, especially because I was measuring myself against professional athletes with more experience than me, who are used to faster rhythms. I’d like to thank the team and our sponsors for their support, and I want to dedicate this great victory to all of them.”

All info about the Hammer Series