When Vuelta a España starts tomorrow in Jerez, Tinkoff-Saxo’s Matteo Tosatto will take part in his 30th Grand Tour of his career. Matteo plays a key role on the team bringing decisive experience to Tinkoff-Saxo. The 40-year old Italian actually believes that older riders are now more able to compete than ever.

“A few years ago, people used to think that at the age of 32 you were old for professional cycling. There has been an evolution and now you can still be in the mix at the age of 37-38. I’m now older than that and in order to be competitive against the younger riders one has to work harder than them. I keep doing it because I love this job and I don’t mind suffering when I train in order to reach these races”, explains Matteo Tosatto.

The approach Matteo now has towards the Grand Tours is, obviously, different from the one he had at age 25.

“I’m more relaxed and more confident because I now know how to manage my effort during the Grand Tours. I don’t recover as fast as when I was 25, but I compensate by being more careful and paying attention to all the details – rest, recovery, nutrition and so on. I used to feel nervous because I was feeling I wouldn’t measure up. Now thanks to the experience I have, I would be worried if I didn’t go to a Grand Tour feeling confident”.

Matteo Tosatto turned pro in 1997 and rode his first Grand Tour – the 1997 Tour de France – the same year. Among his biggest wins are stage victories in the Tour and Giro. Looking back, Matteo is pleased with his career and enjoys his current role on Tinkoff-Saxo.

“I think I went beyond the ambitions I had when I was young. Obviously, who doesn’t dream about winning a Grand Tour but I had a career different from the one that would have made me a protagonist. I have won a few nice races, I have had my share of satisfactions but in the last years I decided to put myself to the service of the team. I don’t feel bad about that decision, on the contrary I am proud of it, and I keep dreaming. If you stop dreaming, you’ll stop riding”, concludes Matteo Tosatto, who’s eager to compete at the Vuelta with his teammates for the next 21 stages. 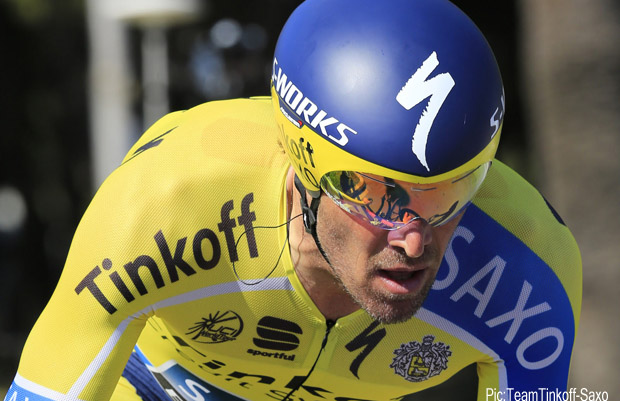