Toughest race yet for Drapac at Tour of Qinghai Lake

Raced over 2219km across 13 stages the Tour of Qinghai Lake is the longest event Drapac will take on all season.

“For the first couple of days I would like to see the riders take it a little bit easy but having said that, you don’t want the race to be taken away in the first few days,” explained Drapac Directeur Sportif Henk Vogels. “There are a lot of sprint finishes there in Qinghai Lake but some very long and hard stages as well. I think it will be one of the hardest races of the year for us.”

With that in mind, the majority of the squad has undergone extensive training at altitude facilities on the Gold Coast and in Melbourne, while Palmer has been readying himself in the mountains of Denver, Colorado.

“There’s no pressure for the overall in this tour, we’re taking Jonathan Cantwell who we believe will win us a few stages there,” continued Vogels. “Winning the overall would be a bonus and given how the Iranians have been going this year, we’ll be happy to be riding with those guys at the pointy end of the field.”

Cantwell said that finding the right balance on the mountainous stages will be key to success.
“The mountain days for me are going to be just survival stages where I will try to save as much energy for the following days that will suit me better,” he explained.

Also hoping to mix it up on some of the faster stages at Qinghai Lake will be Dutchman Floris Goesinnen. The 30-year-old will be starting the race for the third time in his career and is familiar with the road ahead. In 2013, Goesinnen was narrowly defeated by Atlas Personal – Jakroo’s Oleksandr Polivoda on Stage 5 after 203km and this time around, the Drapac rider is determined to go one better.

“It’s the longest race I’ve ever done at 13 stages,” he said. “Due to the serious altitude some riders will fly where other fade, especially during the first days. That’s why I’m doing some altitude acclimatisation now at home. By the time I leave I will have slept in an altitude tent for two weeks. I’m confident this will help me perform well in China.

“Last year I lost a stage in a ‘sprint à deux’ by an inch. This time I’m determined to get things right!”

In line with the UCI’s advice to athletes from the World Cycling Centre who travel to China and Mexico, Drapac Professional Cycling is enforcing a complete ban on meat consumption while at the Tour of Qinghai Lake and other Chinese events later in the year. 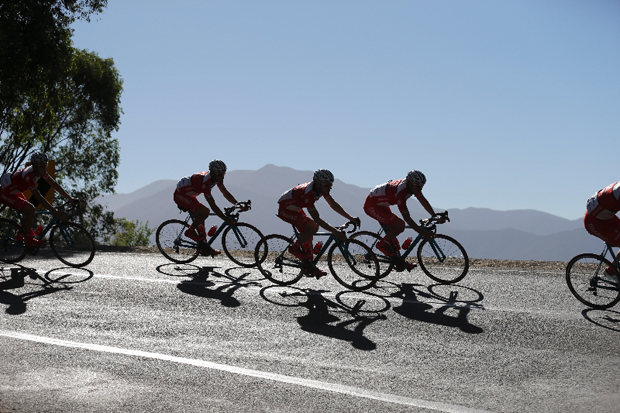