This Saturday the second Grand Tour of the 2016 season, the Tour de France gets underway. The 103rd edition of the Tour returns home for the start in the city of Mont Saint-Michel, the first-ever Grand Départ in the region of Normandy.

Team Giant-Alpecin heads to this year’s race once again with the goal of stage success in the sprint stages with a difficult finale, the intermediate stages and the mountain stages. In addition, the team aims to further develop its riders and enhance the quality of the entire team, with an increasing focus on the overall classification.

Warren Barguil (FRA):
“It will be my second participation at the Tour de France and I am looking forward to race on home soil again. My goal is to focus more on my development as a general classification rider and to keep improving within the team.

“I am feeling really good and have prepared well for this year’s edition. I have had a good period of training at the high-altitude training camp in Sierra Nevada and racing at the Tour de Suisse to get me into a better shape. So hopefully I haven’t forgotten my good legs in Switzerland. I will aim to finish within the top 15 and I think we have got a balanced team for the whole race to achieve this target.”

John Degenkolb (GER)
“I am really excited to start the Tour. The first stage win is that I’m here after such a tough start of the season. Over the last weeks of racing my condition has improved day by day and I am satisfied with my shape.

“The goal is to go for a stage win in the sprint stages with a difficult finale where some of the fast guys don’t make it to the finish in the front group. We have a strong team here with a good lead-out and the atmosphere is great at the moment. Hopefully we will have many successes during the three weeks.”

Tom Dumoulin (NED):
“I’m feeling good and can’t wait to get going at the Tour de France. The training at the high-altitude camp was good and I will start the Tour after my victory at the Dutch national time trial championships, which was the perfect last step to get me ready for the second part of the season.

“It will be a tough race but I like the challenge and it has several opportunities for us as a team. Personally I will aim for a stage win in the time trial and will have the free role to try it in a breakaway during the intermediate stages. On top of that, I will have a supporting role towards the team helping John in the flat stages and Warren in the mountains.”

Aike Visbeek (NED):
“The first goal for the team is to go for a stage win. Next to that we aim that Warren will develop into a general classification rider and we target a top 15 place. This might end up being the best young rider in Paris and that we consider as a bonus.

“We have a very balanced team, so we will be able to challenge on all types of stages. We have different options to go for a win compared to the previous years but it’s going to be hard.”

Iwan Spekenbrink (NED):
“We have set our goals for the Tour de France. It will not be easy, last year we were many times very close to achieving a stage win and in the end we took it with Simon Geschke on stage 17.

“We have a really strong team for this year’s edition. The team is built on an experienced and stable foundation with staff and riders already with us for a long time. Guys such as Roy Curvers, Albert Timmer and Simon Geschke who have been with the team from the start. Next to that it’s great the see the young talents develop with Tom Dumoulin and Warren Barguil potentially grow into top riders.

“We will need two things to fulfil our targets. First we need to have perfect teamwork. Second the right mindset with sometimes a bit of luck to grab that victory. Finally, if you look at the long-term ambition it is nice to see how we can use this Tour de France in a general classification perspective in function with the years to come.” 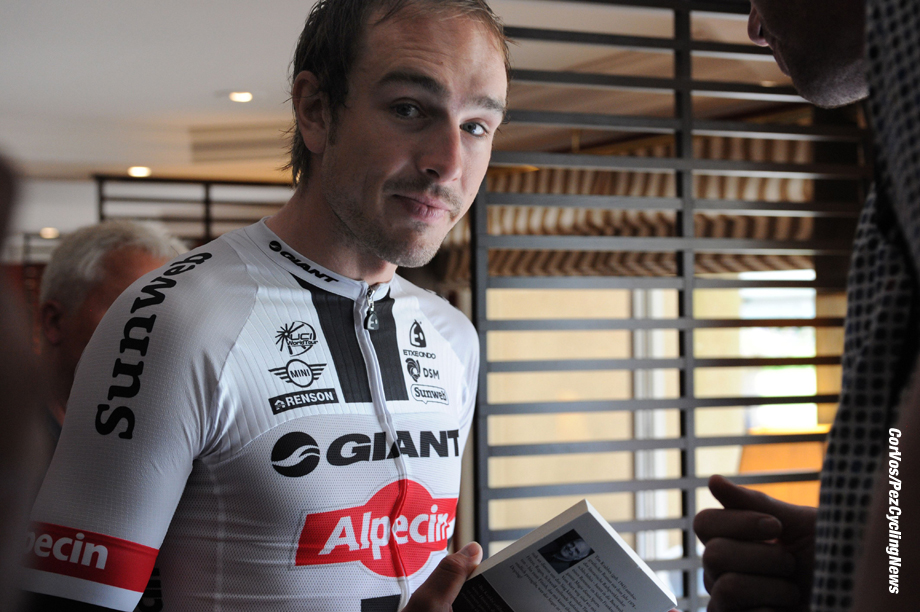 Tour de Pologne: It’s Not all Just About the Pros…