The first week of the Grande Boucle has brought tremendous satisfaction to Sidi Sport. After the first nine stages and the initial mountain passes, they are thrilled to see their riders wearing all four of the Tour de France jerseys: yellow, green, white and polka dot. It was a poker of aces branded entirely by Sidi.

The yellow jersey for the leader of the general classification is being worn by Kenyan Chris Froome (Sky) who captured the prize with a splendid climbing victory on Saturday, at Ax3Domaines on the Pyrenees.

The green jersey for the points’ standings destined to the sprinters is on the back of Slovak Peter Sagan (Cannondale Pro Cycling), a major star of the sprints in this first week. After a series of second places he finally clinched success across the finish line at Albi, in the seventh stage of the race on Friday.

Sidi is also being spoken among the classifications for the young riders with the white jersey, which fell first to the shoulders of Poland’s Michal Kwiatkowski (Omega Pharma) and then ended up for now on Colombian Nairo Quintana (Movistar).

Finally, there’s the polka dot jersey which identifies the best climber in the peloton and is perhaps the most definitive shirt in the Tour, surely the most beloved by the French. Since the beginning of the Tour it as been worn by the Transalpine Pierre Rolland (Europcar).

Sharing in the fatigue, the efforts and the fantastic enterprises of these champions there could be none other than Sidi Wire shoes, the top of the line in the Sidi Sport collection for on road bicycle racing.
There are still two weeks of thrills and chills before the grand finale in Paris and Sidi Sport wishes all its champions the best as they continue their adventures on the yellow roads of the Grande Boucle. 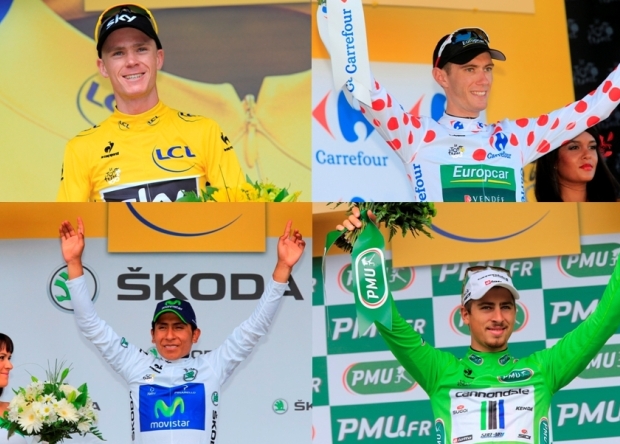