Such joy for the Madonna di Campiglio stage and the first yellow jersey. Again this year the goal will be to win a nice stage.

1) Let’s begin with the Giro. Even though you didn’t make it all the way to Trieste, can we say that the 2014 Pink Race brought you some really great accomplishments?

“Definitely. For me it was a fantastic Giro. The Pink Race is an event that means a lot to me. I took off from Belfast with the objective of winning a stage and I got two (editor’s note: the 5th at Viggiano and the 18th at Montecopiolo). Both of them were beautiful. Of course, I would have liked to have made it all the way to the end, but it just didn’t happen. I had had a slight bronchitis for a few days and the Stelvio stage, with the rain and cold it was the final blow for me. I tried to hang in there but after the stage at Vittorio Veneto the team agreed that it would be better for me to pull out.”

2) Counting the ones at the Giro, this year you’ve already scored 4 victories. How would you define the first part of your season?

“Yes, I got off to a good start right away with a victory in Australia. Then I scored the GP Camaiore and now two stages at the Giro. My only regret is that I really wanted to do well in the Northern Classics, in the Ardenne, but I didn’t get there in the shape I wanted to be in. However, I have to say that the first part of my season has gone pretty well, as a grade I think I deserve a nice 7.”

3) Now after the Giro d’Italia, what is your schedule and what are your goals for the second part of the season?

“I took a few days off to recover from the bronchitis. Now I’ve already started training again; I expect to be back in the races for the Tour de Slovenie, from June 19th to the 22nd, and then I will participate in the Italian Championships scheduled for Saturday the 28th at Cles, on the parcourse for the Trofeo Melinda. I like this route and it’s suited to my skills, we’ll see what shape I’m in. Then in the month of July I’ll take some time off before returning to training. With the team we’re going to do a high altitude mountain retreat and then the return to racing is expected for none other than the Tour de Pologne. For me it will be my fourth time in Poland, I already participated in 2011, 2012 and 2013.” 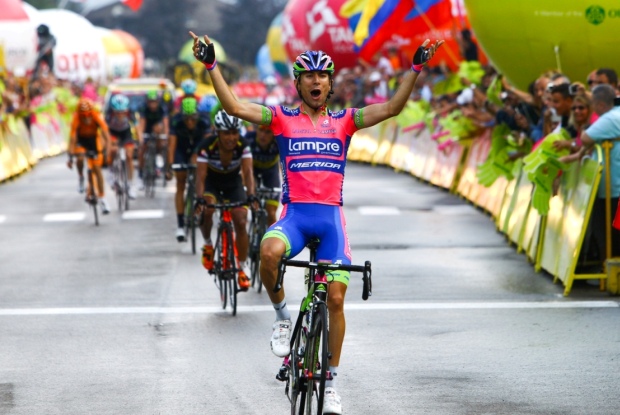 4) Have you seen the route already and do you think it is suited to your skills?

“Compared to last year I know that the first stages will be flat, on paper they’re suited to sprinters. I’m happy about this because this way I have the chance to regain my confidence with the racing rhythm after the break from competitions in the month of July. I think one of the stages essential to the classification will be the one with the challenging circuit at Bukowina, where last year I closed out in fourth place, not to mention obviously the crucial time trial in Krakow.”

5) In 2013 you won one of the most beautiful stages in the TdP, the first historical stage in Trentino on the Dolomites, and you wore the leader’s jersey for a day. What did that victory mean to you?

“Yes, winning in Madonna di Campiglio was a fantastic achievement. I remember it was a long and arduous stage. I was back to racing after a one month pause and I didn’t think I was going to be that competitive. Instead I kept the pace with the best and in the end I managed to get the best of them and score a wonderful victory, also getting to wear the leader’s jersey. It was really a tremendous satisfaction, even if the following day, in the super stage on the Pordoi, there was nothing more I could do and I had to give it up.”

6) Last year the Tour de Pologne set off from Trentino, Italy. What was your impression of those two Dolomite stages in the TdP? 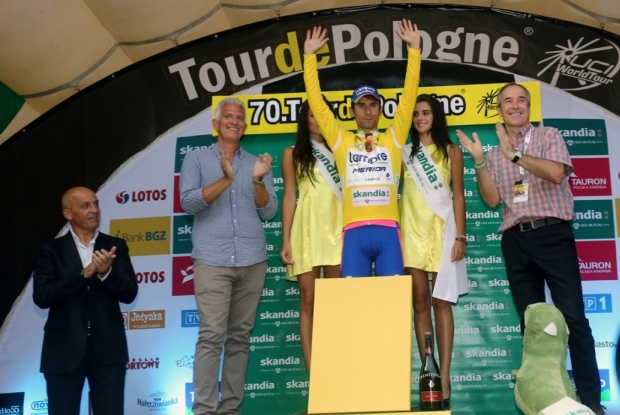 “Nowadays we’re used to seeing the major tours set off from faraway places; the latest was the Giro d’Italia in Ireland. I think the organizers of the Tour de Pologne did well to start off from Italy. Among other things they chose an extraordinary context like the Dolomites, which are a symbol in great cycling. The only negative was the transfers, which we cyclists obviously don’t love. However, last year everything was really well organized and the inconveniences were kept to a minimum. Also, the hospitality we find in Poland is always excellent and we riders are treated very well, for this I have to congratulate the organizers of the Tour de Pologne.”

7) What can your ambitions be for the 2014 Tour de Pologne. A stage? The classification?

“As I was saying, this year, too, I’ll be arriving in Poland after a month’s break from racing. Definitely the least I can hope for is to try to win a stage. The Tour de Pologne is a World Tour race and a victory here is very important for me and the team. One of the stages most suited to me will definitely be the one in Bukowina, as for the classification on the other hand, it’s a little early to tell, we’ll see how it goes.”

8) Is there a city, a place or an aspect of Poland that you’ve seen during the race that you’ve particularly liked?

“One of the things that has had the most impact on me is without a doubt the throngs of fans who crowd to all the stage arrivals. There’s always a lot of enthusiasm surrounding the race, the people applaud us, they wait for photographs and autographs, they are always very polite and orderly. In Poland the stages often arrive on a circuit, so you get the chance to see the race pass several times. I think this is something that the crowds really appreciate. I also remember the main square in Krakow packed with people last year for the final time trial, it was a beautiful sight to see.” 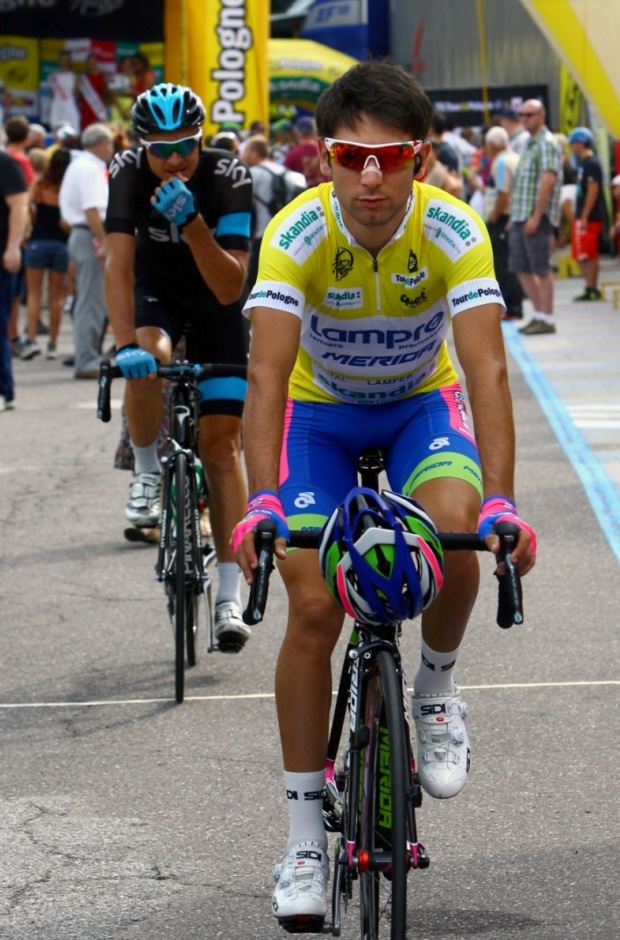 9) There’s a Polish rider on your team with you, Przemyslaw Niemiec, who is well known and loved here in Poland. In addition to being colleagues are you friends as well? Can you tell us something about him?

“I’ve known Niemiec now for four years. We are much more than mere team mates. He often resides near me here in Tuscany, we train together. He also speaks perfect Italian and there is a great feeling between us. I know that for him the Tour de Pologne is a very important event that means a lot. It’s only normal that when you’re riding on the roads of your home country there is a lot of enthusiasm and you want to do well. Therefore, if during the race he should need a hand he knows he can count on me, and vice-versa.”

“In the meantime this year I’d like to accomplish quite a few things. In 2015 I’ll still be wearing the jersey for team Lampre-Merida and I won’t deny that the objective I set myself from the beginning is to do better where perhaps this year I didn’t do so well; I’m referring to the Ardenne Classics, particularly the Amstel and Liege.” 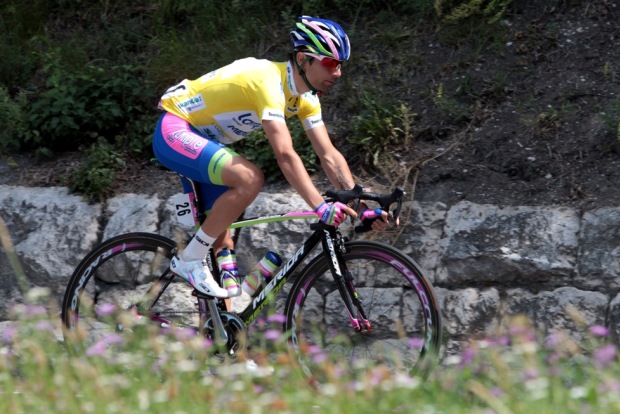