With an eye on the Olympics, men race from July 12th to the 18th. The first women’s edition rides from the 19th to the 20th.

We’re getting closer to the big date with the Tour de Pologne, which has become the only important Eastern European cycling event incorporated into the UCI World Tour calendar. There are lots of new initiatives planned for the 2016 edition, starting with the date. The Tour de Pologne usually takes place in August, but this year it has been moved forward to accommodate the schedule for the Olympics in Rio de Janeiro.

Thus the race has been set from July 12th to the 18th. There will be 7 stages that will cover a total of 1190 km. The week kicks off from the capital of Warsaw and will arrive in the historic and cultural capital of Krakow with a 25 km individual time trial. In between the riders will have ample terrain to light up the race, with long, undulating stages and hazards on the Tatra Mountains with the stage in Zakopane and the one on the gruelling circuit in Bukowina Tatrzanska.
Discover the TDP 2016 route: https://tourdepologne.pl/en/route-2/ 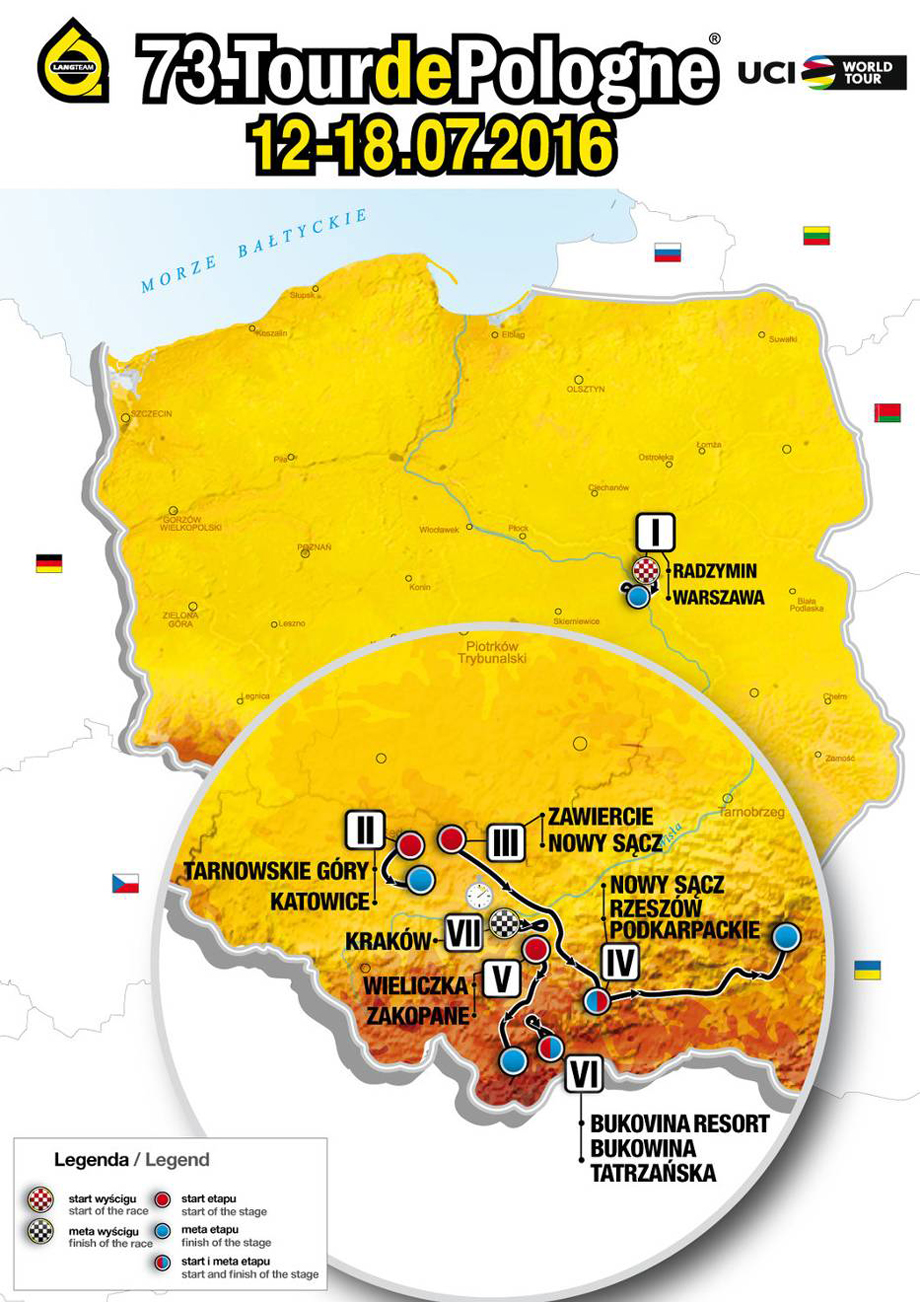 18 World Tour teams will be lining up for the start. They will be joined by 7 wild card squadrons invited by the Lang Team organizing committee: Italian Bardiani-CSF, British ONE Pro Cycling, Russian Gazprom-RusVelo, American Team Novo Nordisk and the Polish formations CCC Sprandi Polkowice and VERVA ActiveJet, as well as the Polish National team. All totalled, there will be 25 teams in the race for a total of 200 riders. 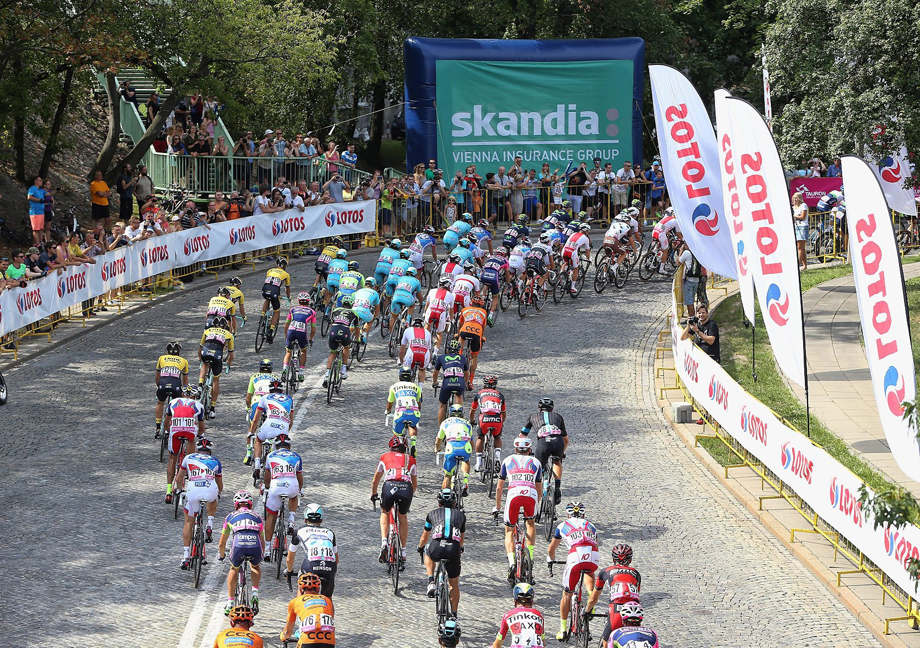 “The Tour de France and the Tour de Pologne will be the two major events in elite world cycling for the month of July. In addition to being an important objective in itself, the race will be an essential stepping stone for riders pursuing the dream of participating in the Olympics and capturing a medal. For us this is another aspect that makes us proud. We hope that, as usual, this year will bring entertainment and thrills to all fans,” says General Director for the Tour de Pologne Czeslaw Lang.

This year the Tour de Pologne will double, because after the men’s race, the women will hit the road for what will be the first edition of Tour de Pologne Women, a race that has been inserted into the International UCI calendar. The schedule includes three stages over two days, on July 19th and 20th. The first day in Zakopane will be a 100 km in line stage. The following day in Bukowina, there will be a 4 km time trial in the morning and a 78 km in line phase in the afternoon.
Discover the TDP Women route: https://tourdepologne.pl/tdpkobiet/en/route-2/ 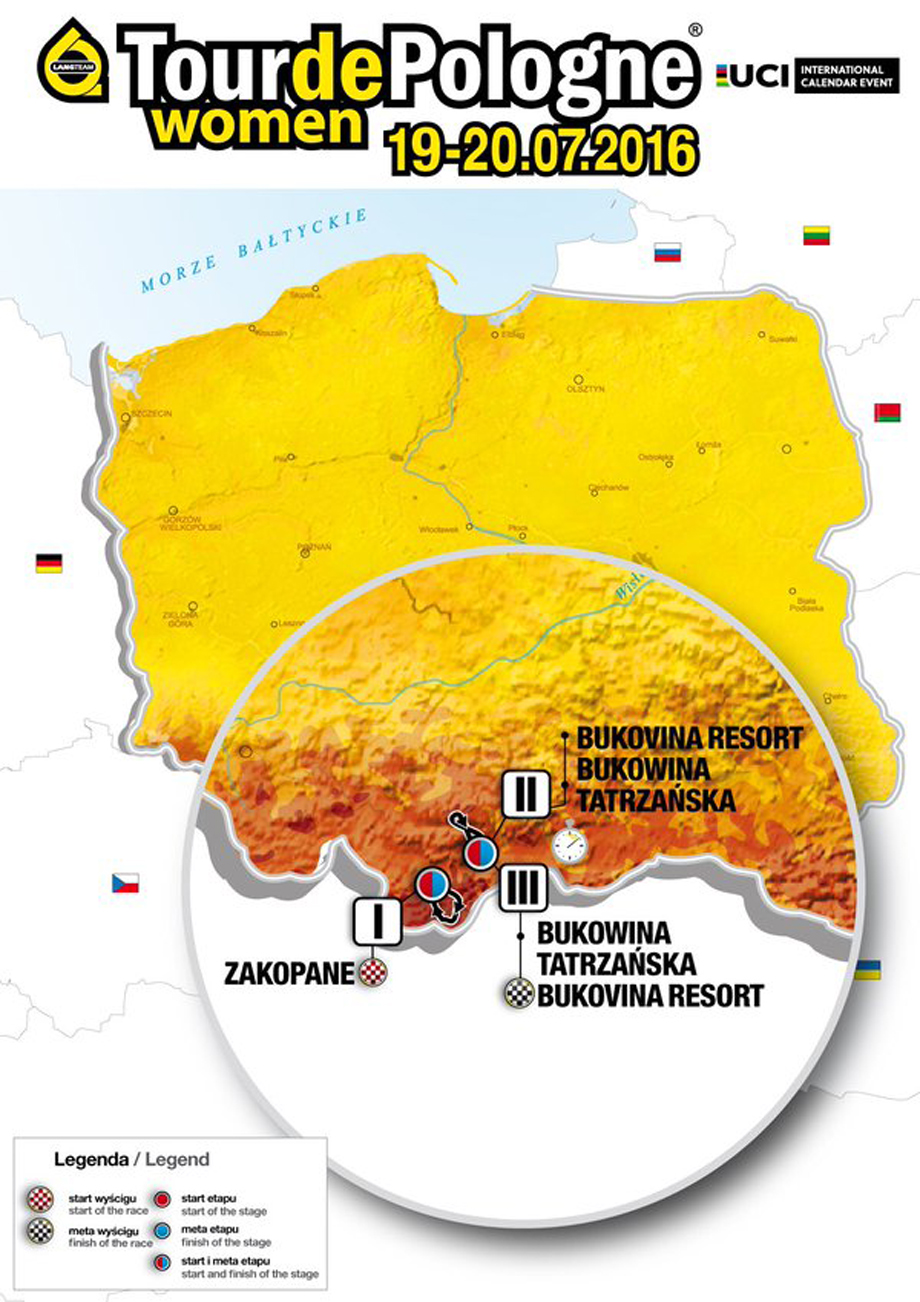 “For the Lang Team this will be a new experience from an organizational standpoint, a new challenge. There is tremendous interest for a feminine cycling movement which is enjoying continuous growth and expansion. This race will further enforce Poland’s presence on the cycling calendar that counts. Like they have for their male counterparts, the roads of Poland will become an important test for women, too, as they look forward to the big date at the Olympics,” explains Czeslaw Lang. 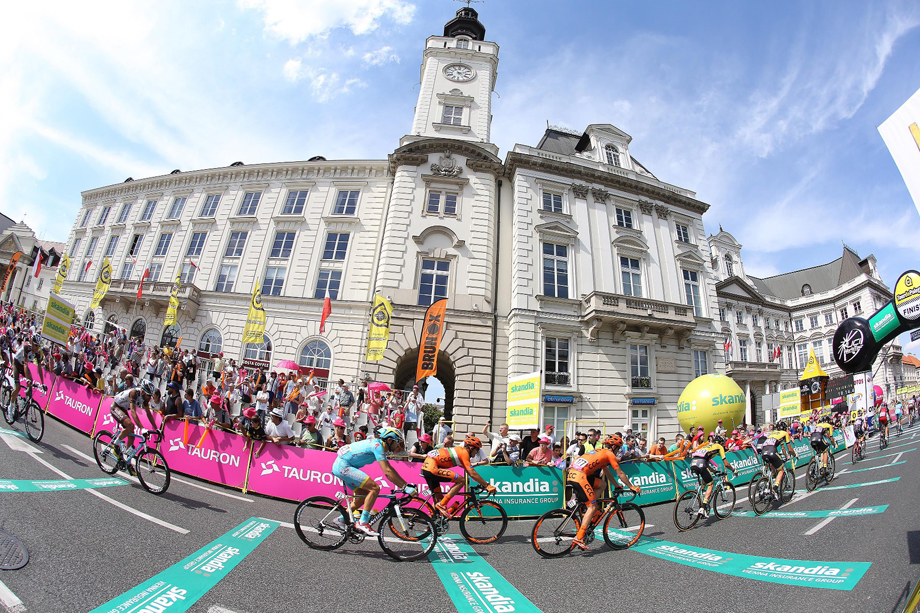 Watch the official trailer for the 73rd edition of the Tour de Pologne – UCI World Tour: