For the next five years the Tour de Pologne will be broadcast on Polish Television. Lang Team and TVP signed an agreement on Tuesday afternoon, during an official meeting after the 71st Tour de Pologne. It took place at the TVP station and was attended by many distinguished guests, including the 71st TdP winner Rafal Majka, the World Champion Michal Kwiatkowski, Czeslaw Lang, Minister of Sport and Tourism Andrzej Biernat and many more. It was a great opportunity to relive the emotions from the Tour de Pologne with short movie clips of the race. Sponsor representatives and media partners were also present. As a token of appreciation for their cooperation, the Lang Team gave them each a yellow jersey from the Tour de Pologne. The highlight of this meeting was when Lang Team and Polish Television signed this new deal. According to the agreement the Tour de Pologne will be broadcast by TVP for the next five years.

Andrzej Biernat (Minister of Sport and Tourism): “It is great to see how cycling is expanding in Poland. I hope that the National Cycling Development Program will bring us new Majkas and Kwiatkowskis”.

Marian Zalewski (Member of the Board TVP): “We have cooperate with Czeslaw Lang for over a dozen years and this cooperation has always been great. Next five years we will continue efforts to make Polish cycling even better”.

Boguslaw Piwowar (Member of the Board TVP): “We have been in talks for a new TV program that would promote cycling as recreation for everyone. I hope that it will appear on air in the spring”.

Czeslaw Lang (General Director TdP): “I am very happy with the new agreement. I would like to thank all of you, especially the cyclists. You have made my dreams come true. 21 years ago we started with the Tour de Pologne in a new format. We built a great theatre and waited a long time for the actors; now we have spectacular, great actors. That is something amazing”.

Rafal Majka (Tinkoff-Saxo, the winner of 71st TdP): “There were two most important moments for me this season – the Tour de France and the Tour de Pologne. I came to Poland highly motivated, confident after a great performance in France. I came to win, but not only for me, for Polish fans, too. Climbing to the top of Kilimanjaro was exciting but it was a tough experience. I would rather ride three tours than do that again. I am back on a bike for over a week. Honestly, not only bike, but also fitness and gym to be perfect for new season. Now I stay in Poland, but at the end of November I fly to Gran Canaria for three weeks. First start will be in warm place I hope, I have not scheduled the whole calendar of the season, but I know it will be long and difficult”.

Michal Kwiatkowski (Omega Pharma – Quick-Step, World Champion): “I had a 5-week break in training. I needed it very much to clear my head and decompress. The cycling season is very long and now it is time to see family and friends. I started training on the 10th of November; short, but intensive workouts to prepare for the new year. I will start the next season in Argentina in January.That will be a great moment to show myself in World Champion jersey. Now I have to prepare to show my best in new season. In near future there will be decisions about my race calendar for the 2015. Now I cannot say anything about it, because I analyze this season and than we will think with the team how the new season should be for me as a World Champion”. 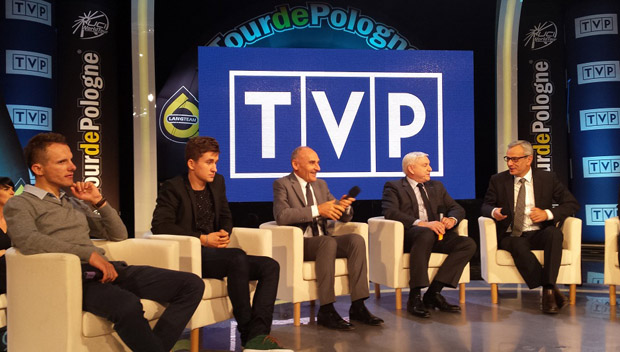 CBRE CYCLE TO MAPIC 2014: Day two – the rain and road closures of the Rivieria