The organizing committee for the Tour de Pologne UCI World Tour has officially announced the 4 Wild Cards for the 2013 edition. Together with the 19 Pro Teams they will form the line up at the starting gate for the Polish stage race that will take off on Saturday, July 27th from Trentino, in Italy and come to an end on Saturday, August 3rd in Krakow. The teams that have been invited are: Team CCC Polsat Polkowice, the Polish National Team, Team Colombia and Team Netapp-Endura.

“We are quite pleased because the line up that is taking shape is of a very high level,” explains the General Director for the Tour de Pologne Czeslaw Lang. “There are already plenty of champions who have confirmed their participation in the Tour de Pologne and in these next few days others will definitely join. To celebrate the 70th edition of the race we wanted to do something extraordinary with the start off from Trentino and I’m sure that the riders and the teams as well will want to honour this milestone by doing their best. As far as the choice of Wild Cards, we wanted to reward Team CCC Polsat Polkowice which, together with the Polish riders from the Pro Teams represents one of the best expressions of our movement, as does the Polish National Team, for whom this race represents the main event of the season. Every year the national riders light up the race and honour this commitment to the fullest. The other two teams invited will also definitely know how to stand out. Team Colombia has already shown some important moves, especially when the roads start to climb; after all, the Colombian movement is in second place in the world national rankings. Team Netapp-Endura is a very combative formation as well and in 2012 it also participated in the Giro d’Italia.”

Remember that according to the new pilot project initiated by the UCI, the Tour de Pologne will be the first World Tour event in which each team will be comprised of six riders instead of eight. 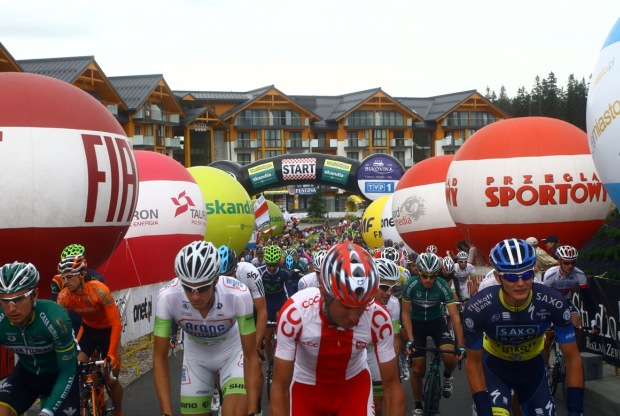