Team Dimension Data for Qhubeka is ready to take on Tour de Yorkshire with a strong and motivated team, including local hero Scott Thwaites.

The British stage race starts out with a 174 km long stage in lumpy terrain between Bridlington and Scarborough on Friday, April 28. The following stage looks to be one for the sprinters, despite the slightly uphill finish in Harrogate, which also served as finishing town when the Tour de France visited the area in 2014. The third and final day of racing is the queen stage of Tour de Yorkshire. Here, no less than eight categorized climbs await the riders on the 194.5 km from Bradford to Fox Valley – Sheffield. Especially the last 20 km are very challenging with several short and steep hills to overcome.

Last year, Team Dimension Data for Qhubeka’s Serge Pauwels finished 9th overall after a strong performance on the final stage. Now, the 33-year-old Belgian and the rest of the team aim to put their mark on the race once again. For Thwaites, Tour de Yorkshire will be a special experience as he’s from the region and therefore will be riding on his home roads in front of his friends and family. Thwaites’ local knowledge will be an important asset during the three days of racing. Unfortunately, the team will start one rider short, as Johann Van Zyl didn’t receive his visa in time. However, the remaining seven riders are all very eager to show off the team colors in Yorkshire this week.

Rolf Aldag – sports director:
“What makes Tour de Yorkshire so interesting is that it’s so difficult to predict. It’s a very open race, suiting many different kinds of riders. We will focus on our local hero Scott Thwaites, who knows these roads very well. For Kristian [Sbaragli], Omar [Fraile] and Jacques [Janse van Rensburg], the race serves as the last chance to fine-tune the shape ahead of Giro d’Italia. It would be great for them to leave with a good level of confidence”. 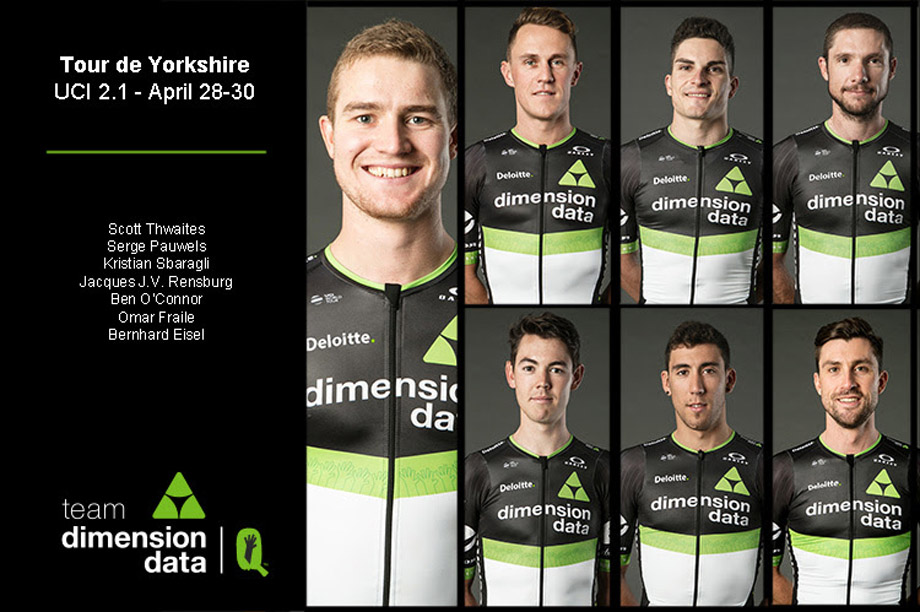