After Edvald Boasson Hagen triumphed at the Tour of Norway last week, racing continues in Norway this week for Team Dimension Data for Qhubeka as we take on the UCI 2.1 Tour des Fjords. The Norwegian event gets underway tomorrow and will reach its conclusion on Sunday, 28 May after 5 road stages have been completed.

After missing out on competing at last year’s edition of the Tour des Fjords, our African Team is delighted to be back racing one of the most scenic races in the world. Similar to last week’s parcour at the Tour of Norway, 5 road stages all of an undulating nature will make up the Tour des Fjords this year.

Fresh off his 2 stage wins and overall victory last week, Edvald Boasson Hagen will lead our African Team at the Tour des Fjords. Clearly on good form, Boasson Hagen will be closely marked each day but Serge Pauwels will also be part of our 6-rider lineup. Motivated by his success at the Tour de Yorkshire, Pauwels will be a threat on the more difficult days and he gives our African Team two strong cards to play this week.

Jay Thomson, Jaco Venter, Youcef Reguigui and Adrien Niyonshuti will be the 4 riders who complete our lineup at the Tour des Fjords as we look to target both stage wins and the overall title over the coming days.

Alex Sans Vega – Sport Director
We are looking forward to the Tour des Fjords, everyone knows this is a nice race in one of the most beautiful parts of the world. Certainly we will start with good motivation after our performance last week but this is a new race, with new challenges and we know all the teams will be looking to make our lives difficult. We have a strong team though and we are confident in our abilities to challenge for stage wins and a top GC placing. 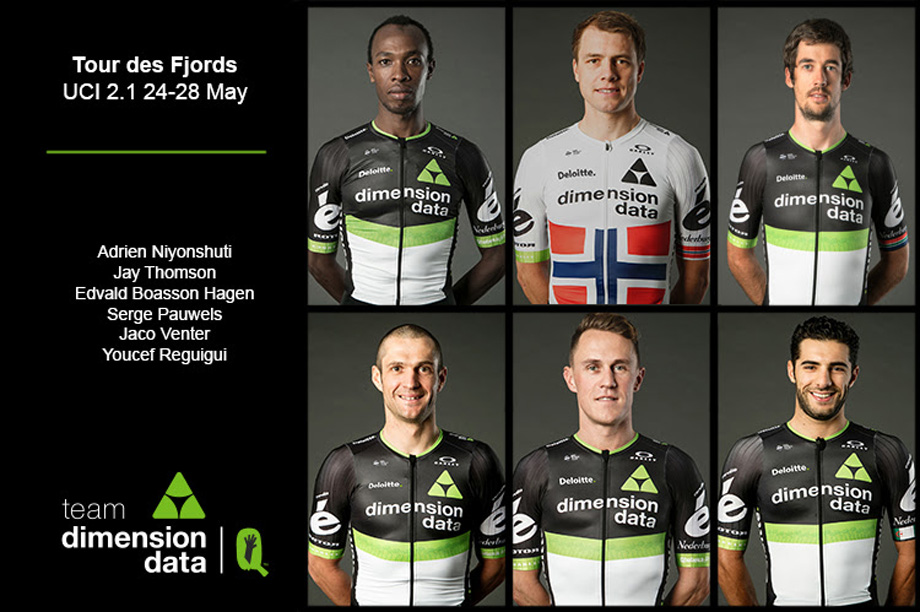